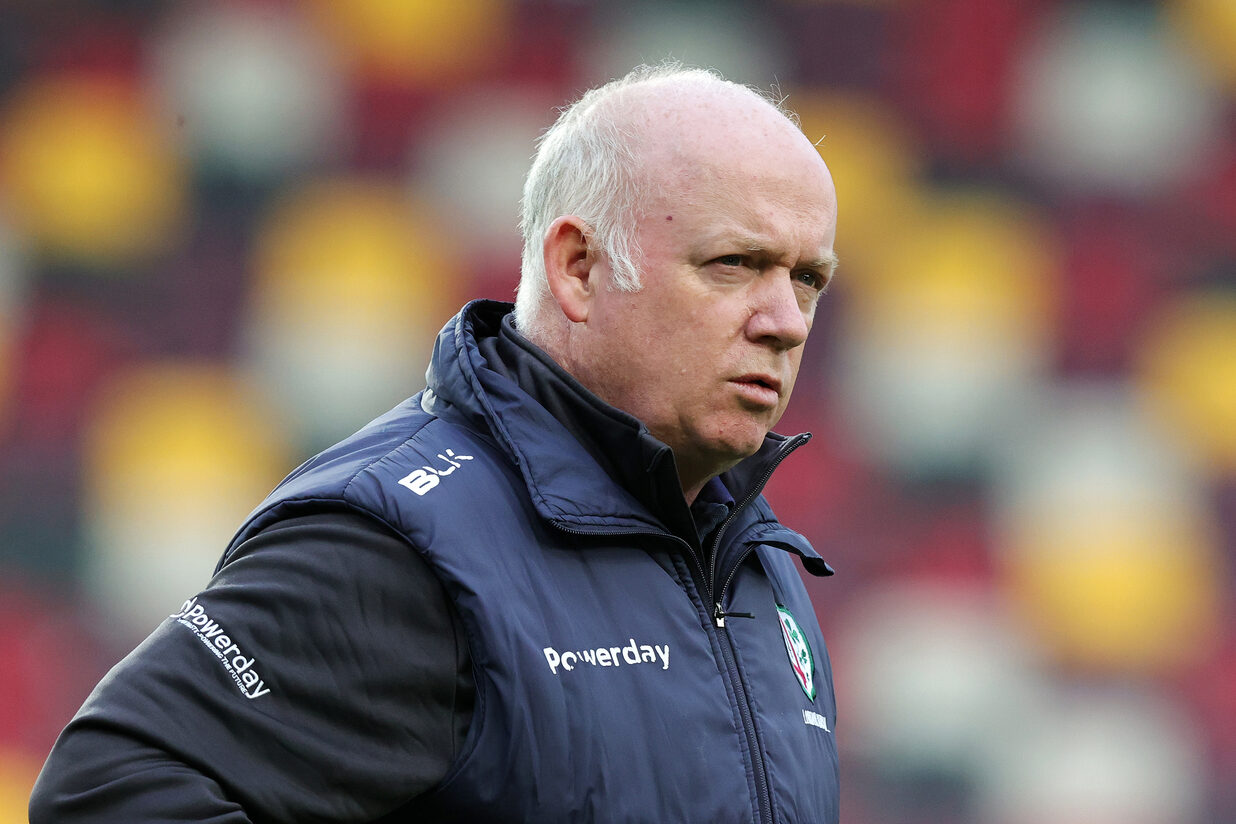 Declan Kidney has praised the efforts of his players as the Director of Rugby prepares his squad for the Club’s first cup final as a Premiership side in 20 years this Tuesday, in the final of the Premiership Rugby Cup.

The Exiles face Steve Diamond’s Worcester Warriors in a bid for their first Premiership Rugby Cup honour since the tournament’s inception in 2018.

Reaching a final has been recognised as a massive feat for the Club, the manner of doing so with a 59-20 win over Leicester Tigers even more so, so the prospect of winning a trophy will mean more to the Exile Nation than most after a barren spell.

“For us it means a lot, but I’m also conscious of the fact that it also means a lot to Worcester as well,” Kidney declared.

“It’s 20 years since we have won a trophy at Premiership level, and we said we would have a go at all competitions this year and that is what we have been trying to do.

“It takes a whole squad effort for that to happen, and by in large most members of the squad have played their part at one stage or another over the five matches.”

The question of selecting who to put out on the Brentford Community Stadium pitch on Tuesday evening will loom heavy over the Irish management, with so many young, talented ancillary members of the 50+ strong Exiles squad performing at a winning level in the Premiership Rugby Cup this term.

“We’d like to give all the younger guys a go but there is a trophy at stake, and if you look at the strength of the Worcester side in the semi-final, you don’t want to be handing something over on your own patch.

“It’s a bit of a mix and match, as we have done in the other ones, you put out the younger guys because they need to feel success too.

“In some of our earlier matches, we were going well against Northampton Saints, Saracens and Harlequins and we knew we needed to get something out of our match against Leicester.

“We entrusted the younger guys for that task and they got stuck in there, and if we didn’t get that try bonus there we would have been on the hind foot in terms of home semi-finals and finals.

“Everybody has played their part in getting us to where we are playing a final in Brentford.”

On his opponents in the final, who he described as a “tricky” team, Kidney is cautious yet prepared for the assignment ahead as Steve Diamond’s Warriors stand in the way of cup renown.

“They have been a tricky team, we hold no fears for them and they did beat us at Sixways.

“They made a lot of changes for the game at Brentford but it’s more the first match I will pay attention to as I think it will be closer to the team they will play against us.

“They could have their British and Irish Lions coming back and you see the effect they can have on a game, so we want to bring our younger players on and into a good environment where we can do that as we have done in previous matches, and we will continue to do that.

“We will mix and match as we do have two important games coming up.”

Diamond’s influence on Warriors has been clear with new signings in the offing and announced for the East Midlanders, and the Mancunian’s previous grounding in winning the 2019/20 season will put their opponents in good stead.

He concluded: “I respect Steve and what he has done with Sale in the past, he has a good track record in this competition having won it two years ago and will earmark this one too.

“I know there was a bit of toing and froing about fixture lists but that was Steve just being smart and doing what’s best for his Club.

“They’ve had a two-and-a-half week lead into this match here and it’ll be the same heading into their next match after so they can fully focus on it and get it right.