Kidney delighted with the attitude of his squad 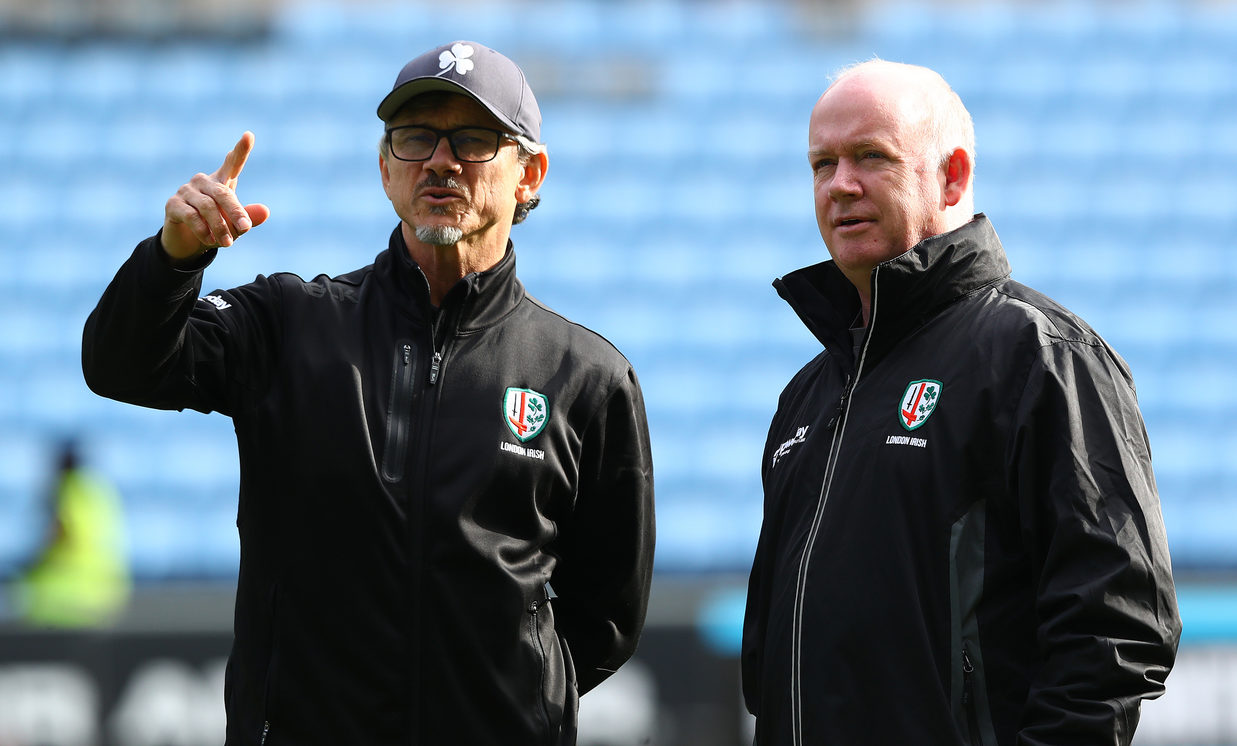 London Irish director of rugby, Declan Kidney, was quick to praise the attitude of his players following yesterday afternoon’s last gasp draw against Bristol Bears at Ashton Gate in the Gallagher Premiership.

The Exiles trailed with just under two minutes left on the clock, following a Harry Thacker try, but were rewarded for their constant efforts when Stephen Myler kicked a late penalty to draw the match following an infringement from Bristol’s Luke Hamilton.

“I was absolutely delighted with it” said Kidney. “When you bring lads together, it’s the one thing that you can’t coach is attitude and I thought we showed that in bucket loads today.

“I think that is the most pleasing thing by a long, long shot out of today’s game and I was delighted with it. The attitude of the lads was top class and it is a pleasure to work with them.”

The ability to stay in the contest, when down to 14 men for over half of the match, enabled the Exiles to come away from Bristol with two valuable points.

“I suppose the game never ceases to surprise me; it was probably one of the better draws I’ve been involved in” explained Kidney when speaking in the post-match press conference.

“It is strange when you draw and when you go down to 14 men. It is obviously going to be more difficult, especially when you play a team with a style of play that Bristol has.”

The game brings about more learnings both positives and negatives as Kidney explains.

“At the same time, we still conceded a try when it was 14 men each, so we will need to take a look at that. It’s a 50/50; there are positives and there are things we can improve on as well, which is great for a side like us as it shows how much room we have to grow.”

London Irish welcome Toulon to the Madejski Stadium on Saturday 14 December and Bath the following week in the Gallagher Premiership. For tickets, please click here, or call the ticket office on 0118 968 1016.