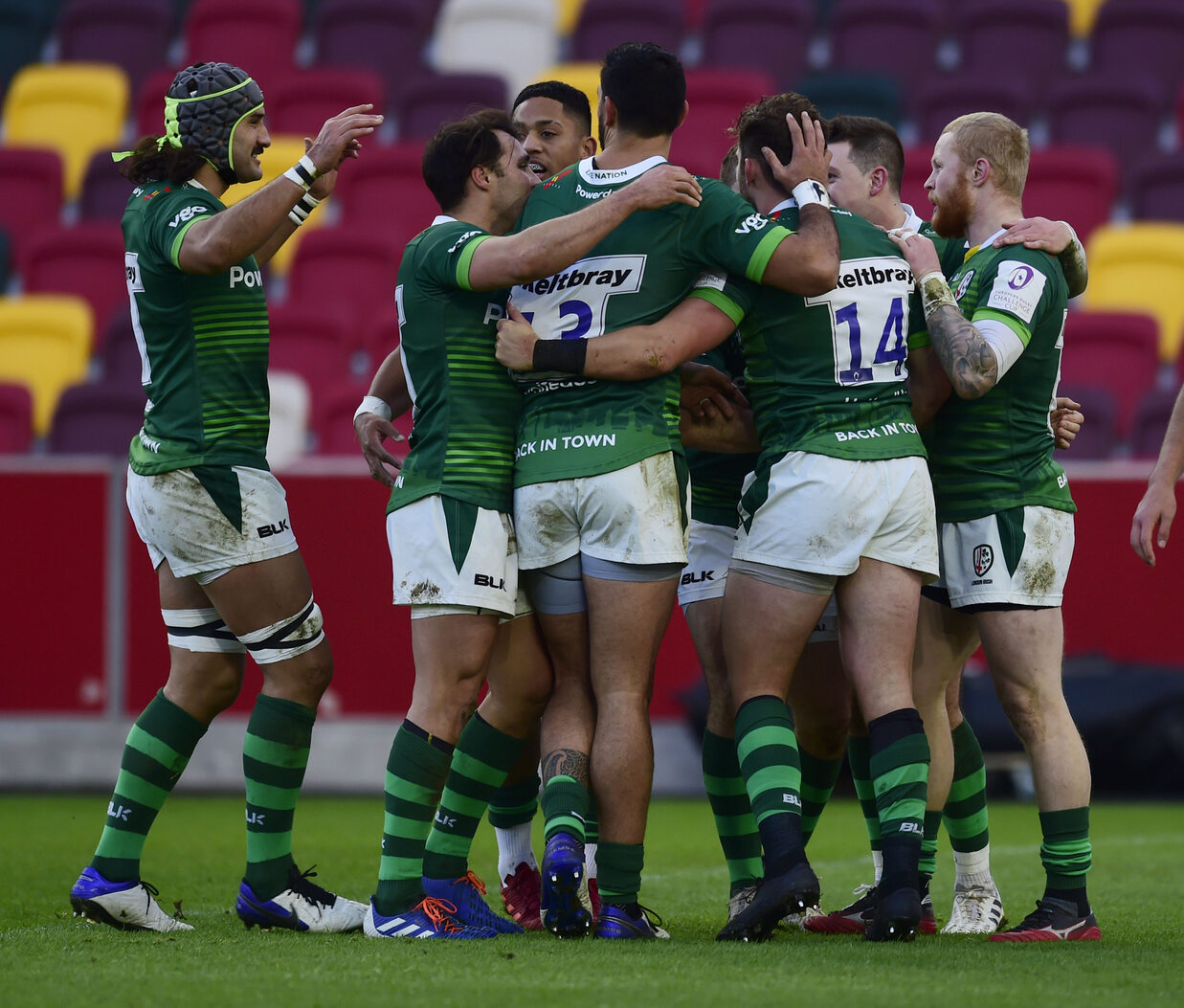 Kidney’s side clinched back-to-back wins in the competition thanks to tries from James Stokes (2), Phil Cokanasiga and Tom Parton, as the Exiles retained their position at the summit of the table with a 26-17 win at the Brentford Community Stadium.

“For us, it's all about the collective – and I was pleased with the team performance.

“You're never qualified until you're qualified, but we've given ourselves a good opportunity with back-to-back wins.

“It's a different competition this year, especially with some 28-0 results floating around, which will have a say on things.

“But if you'd have told me ten days ago that we'd have two bonus-point victories after two games, I'd have bitten your hand off.”

Irish led 21-7 at the break, thanks in part to two tries in four minutes heading into the half-time interval.

Pau improved after the interval, but Irish went over again through Parton, to secure a bonus-point victory.

Kidney said: “I thought Pau were a well organised team.

“I could see how they went about their business in the warm-up that they were here to play.

“I thought it was a good, high-quality game.

“They didn't have many weaknesses, so I was delighted that we took the opportunities that came our way.”

Kidney was particularly pleased with his sides’ defensive display, especially in the second period, when they were forced to weather a bit of a French storm.

“The willingness we showed to work defensively as a team was impressive,” he said, “it's a pleasure to work with players that are willing to do that.

“We've had two games of scrummaging against two good French sides – and the scrum held up well.

“After we got the fourth try, we made life a little bit difficult for ourselves by never really getting the ball out of our own half, but defensively we were good, albeit there are definitely some aspects of our play to improve upon tactically.”

Kidney was able to again include a number of players from the club’s Academy in his matchday squad – and he was delighted to see his side make it two wins on the spin in the competition.

“The single biggest thing that has pleased me over the last two games is that we’ve shown that we’ve got a squad here, not just a team,” he said.

“That’s what we’re trying to build here – a collective squad, where everyone knows the levels they need to get to, to try to achieve.

“For the players to come through these last two weeks with two wins is very encouraging for the future.

“We've still got two games to go in this early stage of the competition, but our immediate focus is back on the Premiership now, with Bath on Boxing Day.”