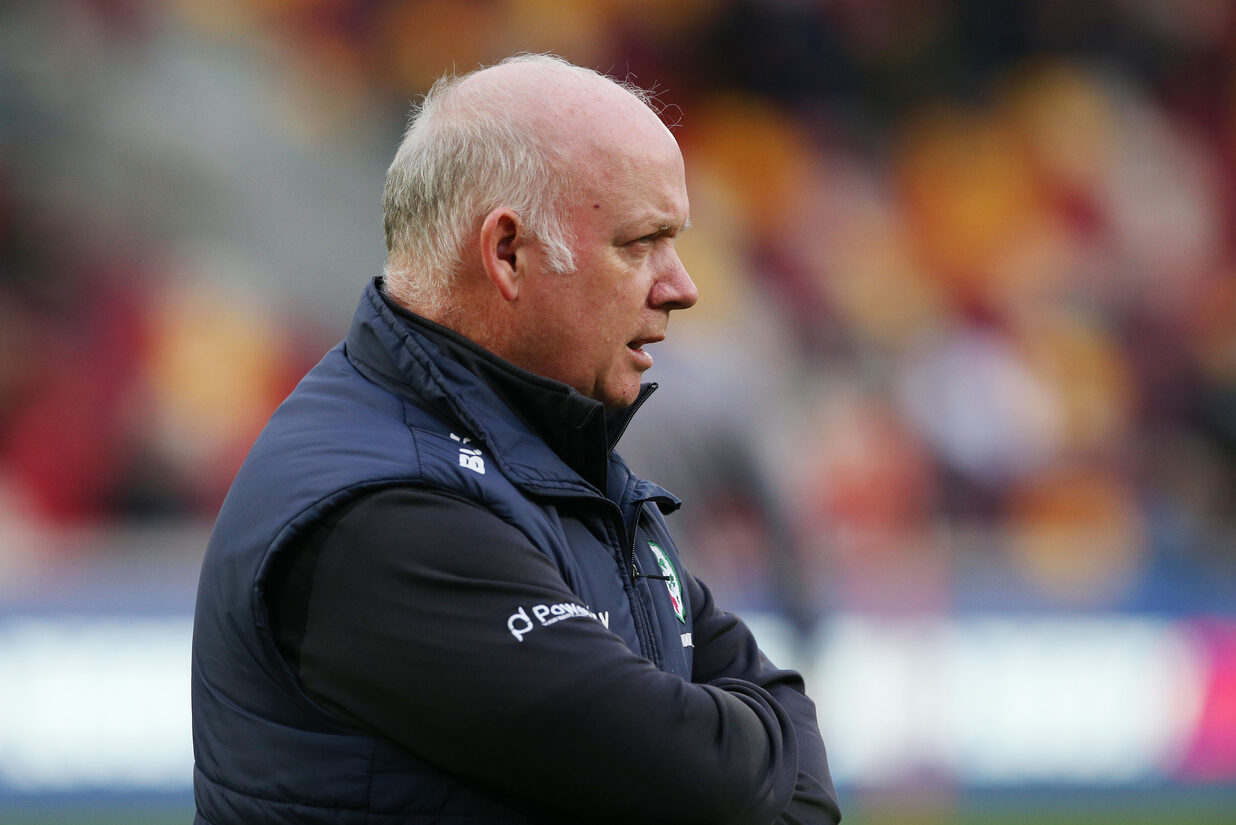 Director of Rugby Declan Kidney has emphasised the level-headedness required in the final stretch of the season ahead of London Irish’s vital clash against Wasps on Sunday (3pm kick-off).

In the space of nine days, the Exiles progressed to the EPCR Challenge Cup quarter-final and Premiership Rugby Cup final for the first time in two decades with victories over Castres Olympique and Leicester Tigers respectively.

A bonus point win against Newcastle boosted confidence in the ranks at Hazelwood, but Kidney states Irish can't ‘lose the run of themselves’ leading into Irish’s final outing at the Brentford Community Stadium in the league this year.

“There’s nothing like winning to raise confidence, but in the same way as we didn’t get carried away when we lost matches, it’s important not to lose the run of yourself when you win a game or two,” Kidney believes.

“We managed to get two scores when Newcastle got a yellow card to give us a bit of breathing space, the same way teams have done to us over the last few weeks.

“So, a win up in Newcastle, given what they did to us last year, would certainly be a lift for the boys.”

With Irish having failed to reach the Heineken Champions Cup in ten years, the Exiles now occupy seventh in the Premiership rungs, but Kidney maintains a pragmatic mindset ahead of the Round 24 match.

“You can fall away easily at the end of a season, but the Newcastle game gave us a lift back up into it and we will keep performing.

“Wasps traditionally are a team that are strong in the latter stages of a season and come with good runs, so they will have their own objectives and so do we.

“Both sides play a certain style, it will be a possession game and it will be down to who takes their chances and who fronts up in defence best.”

Wasps approach the game in their most consistent form of the 2021/22 season, winning six back-to-back games in a purple patch that too has seen them qualify for the Challenge Cup quarter-final stages.

The West Midlands outfit took the spoils on their first visit to the BCS last year thanks to late converted tries from Josh Bassett and Tom Willis, but Kidney and the coaching staff will not dwell on the result.

“With experience and a healthier roster, that always goes to help out.

“The way the games are played now, the score lines reflect the result, but not always really how the game went, because 14 points at the end of a match can skew how the first 70 minutes played out.

“When you're analysing it, you have to analyse the whole 80 minutes and we have to oversee the whole 80 too, not just tied up in the last ten minutes or so.”

One comparison point from last season to the next is the development within the squad in respect to its character and depth, allowing the team to pick up more points in a crucial phase of the year.

“There are two sides to it, our team are great learners and pick up a lot but also the health of the roster is a big part of it and who can stay standing at the end of the season.

“The season is attritional, so you have to mind guys right throughout the season and hope you have the luck to then have them all there.

“Like everyone else, we have our bangs and knocks, and we have a record for not advertising those as we are happy with whoever takes to the pitch.

“We have a good healthy roster this week which will give different guys opportunities.”