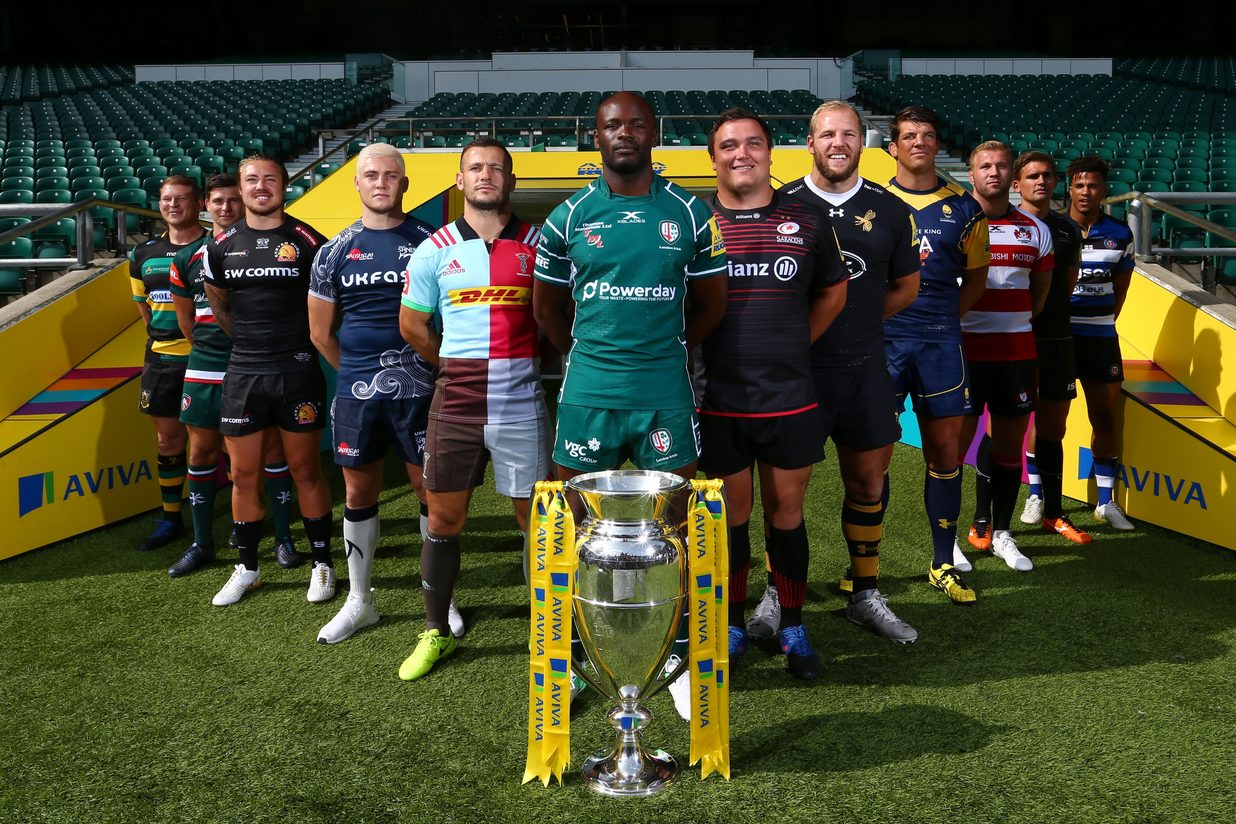 The great and the good of English rugby attended the annual Aviva Premiership launch at Twickenham Stadium ahead of the 2017/18 season.

London Irish director of rugby Nick Kennedy and club record try scorer Topsy Ojo were in attendance as all eyes turned to the London Double Header against Harlequins on Saturday 2 September (kick-off 4.45pm).

Kennedy, who guided the Exiles back to the big time in just his first season in charge, sat alongside Exeter Chiefs’ boss Rob Baxter on the top table as the national media put their questions to the duo.

Relishing the prospect of taking on Harlequins at Twickenham on the opening weekend, Kennedy said: “Everyone at London Irish is excited to be back in the Aviva Premiership and we are really looking forward to the London Double Header.

“The London Double Header is the perfect way for us to kick-off the new season and it promises to be a fantastic occasion for our supporters. It will also be great to have Premiership Rugby back at the Madejski Stadium when we take on Northampton Saints in Round 4 of the competition.”

Meanwhile, Exiles’ flyer Ojo is relishing the season opener at the home of English rugby, a venue which the Londoner loves.

“To play at Twickenham is a special feeling and I can’t wait to walk out for the game next week,” said the 31-year-old.

“The Premiership Launch always brings it home that the season is now here and all 12 clubs are enthusiastic about the season ahead.

“It’s great to see so many familiar faces at the launch and it’s great to be back in the Premiership.”