Kennedy and Marshall pay tribute to supporters ahead of Sale clash 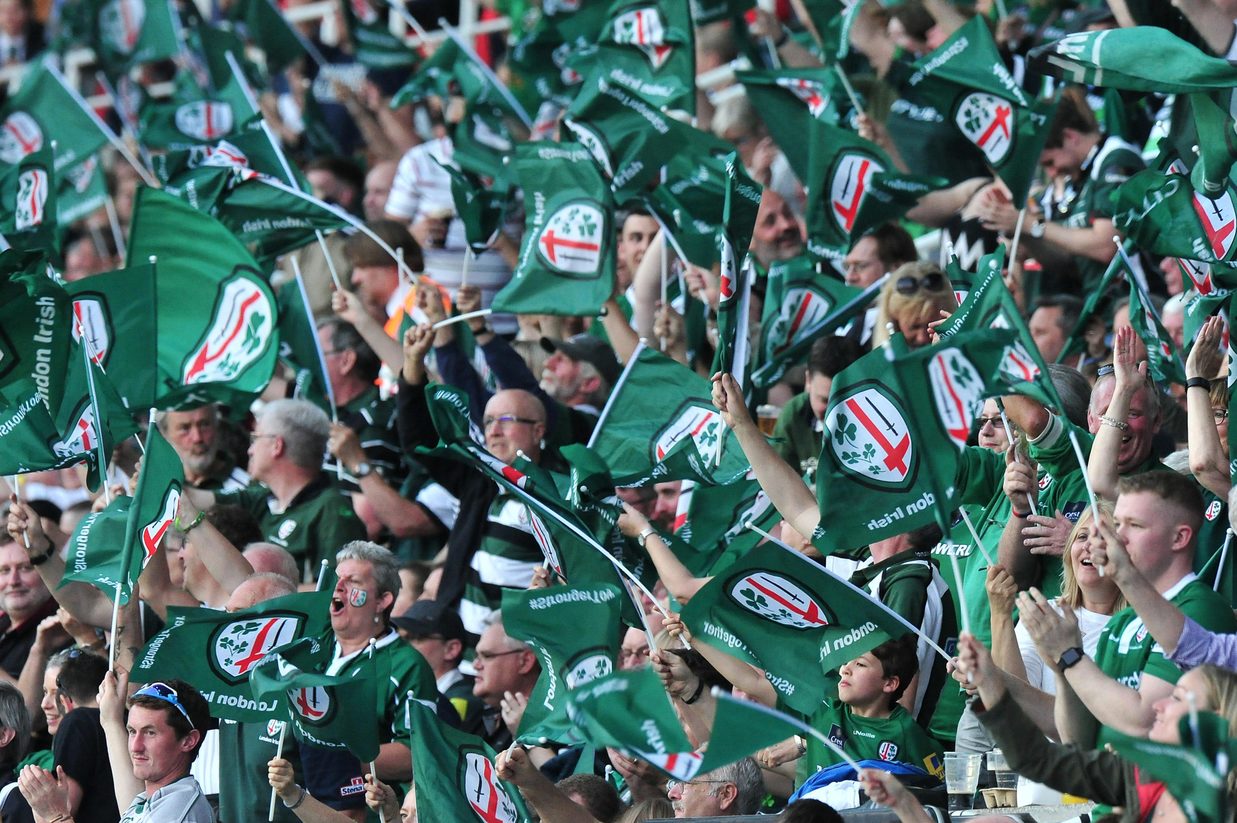 London Irish director of rugby and full-back James Marshall have called on all Exiles supporters to shout loud and proud when Sale Sharks make the trip to the Madejski Stadium this Saturday (kick-off 3pm).

The Exiles gear up for the first of four Aviva Premiership fixtures in as many weeks as they look to secure their top-flight status.

“Our supporters have been fantastic throughout this season, as they have been ever since I joined the club as a player,” said Exiles boss Kennedy, 35.

“Their vocal support at the Madejski Stadium really does make a difference and it’s important that they create an electric atmosphere inside the stadium on Saturday.

“We’ve been on a good run in both Europe and the Anglo-Welsh Cup and we’re desperate to climb the table. The boys have worked extremely hard on the training pitch this week and they’ve been excellent.

“There’s an opportunity for us to put things back on track in the league this weekend and everyone at the club including the off-field team have been doing everything they can to help us achieve our goals.”

Meanwhile Marshall, who converted all six of his side’s tries last weekend, has also paid tribute to the ‘loyal’ Exiles fanbase.

“Our supporters are very loyal, and it was great see so many of them making the trip to Cardiff on a Friday night last week. It was pleasing to repay their faith with a performance like that and we’ll be doing everything we can to get the win on Saturday.

“The crowds at home have been awesome this season and it was immense to see so many turn up for our Anglo-Welsh Cup game against Wasps.”

Irish have won their last four games, with Marshall keen to continue the winning feeling, saying: “Winning games is infectious, and you can see how much of a lift the wins have had on the team over the past month.

“It’s something that we have been striving for all season and it’s nice to put a run together going back into the Aviva Premiership.”

It promises to be a fun day all round when Irish welcome Sale to the Madejski, with a jam packed day of entertainment for all the family.

Prior to the match, the first half of Ireland v Italy will be shown on the big screens in the Windsor Lounge and Club Room, while the full 80 minutes of England v Wales will also be televised in both rooms. With the NatWest 6 Nations now in full flow, there will be a great atmosphere in and around the Madejski throughout the day.