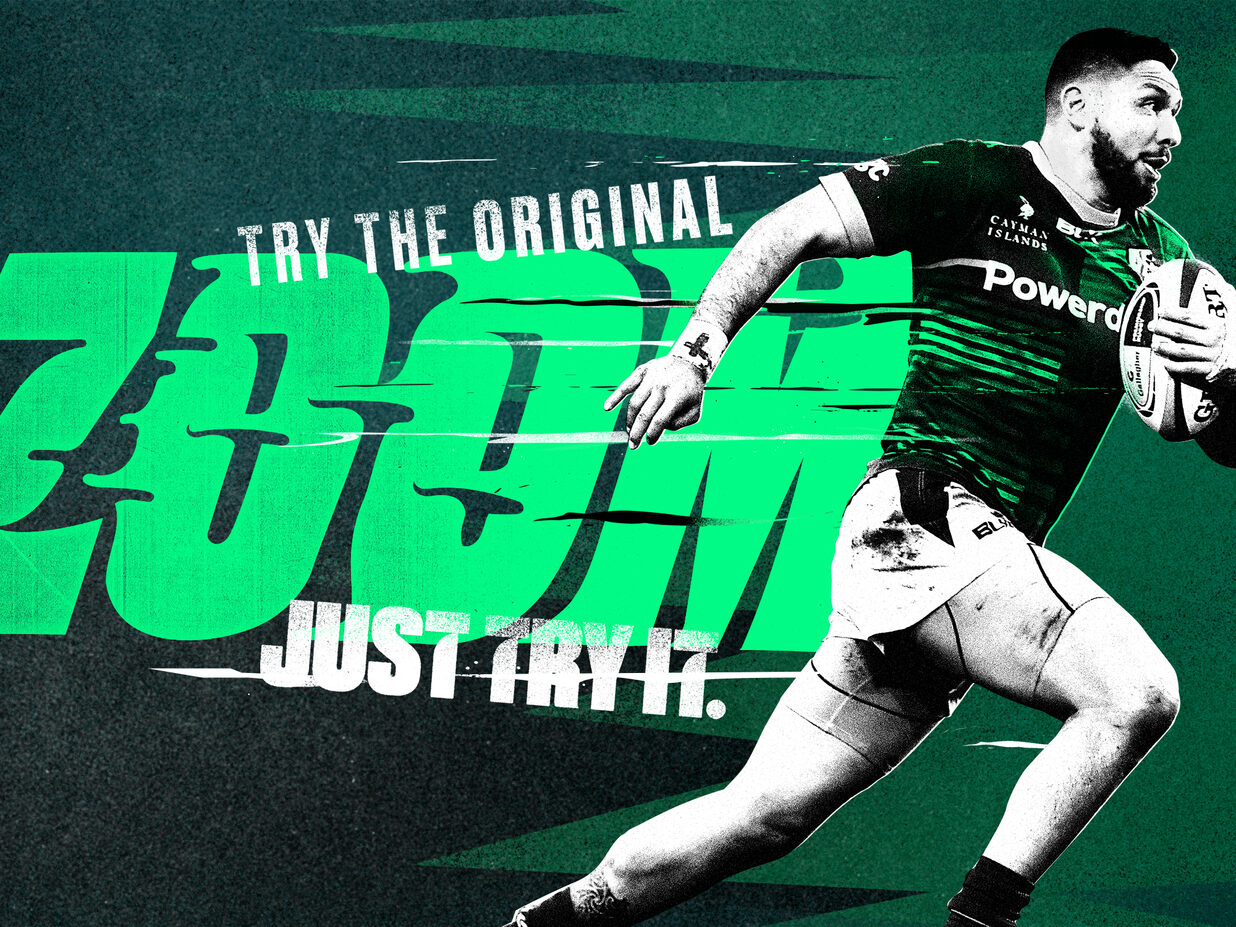 'The hottest ticket in town.' Not our words. The words of players, supporters, pundits and opposition teams alike having had a taste of the Brentford Community Stadium so far this season.

London Irish Season Tickets for the 2021/22 Gallagher Premiership season are now on sale – and the message is clear … #JustTryIt!

The Exiles’ inaugural season in our new home has not quite produced the homecoming that we were all hoping for, with the majority of games played behind-closed-doors. However, there’s now light at the end of the tunnel for all concerned and the #ExileNation will soon be back in full voice at our new state-of-the-art stadium for the 2021/22 campaign.

This is your chance to be part of our journey – a new chapter in the club’s history, in a new home, in the greatest capital city in the world.

Despite this season being a predominantly crowd-less campaign, the squad have produced some exhilarating rugby at the Brentford Community Stadium. The stadium has played host to a number of sensational victories – and who can forget that incredible comeback to draw 34-34 with table-topping Bristol Bears! If the recent months are anything to go by, you’re not going to want to miss a moment of the action next season!

There has never been a more exciting time to join the #ExileNation - #JustTryIt!

A Season Ticket is the most affordable way to guarantee your seat at every home game. A range of options are available, with adult Season Tickets starting from only £290, as well as premium options in the Platinum and Ticket + areas for £575, offering padded seats and exclusive access to lounges within the South Stand.

Family tickets, comprising of two adult and two concession/junior/child Season Tickets, are on sale for £650 – circa £10 per person per game.

Supporters will have the option to pay in full, or spread the cost of their Season Ticket over a series of interest-free instalments using direct debit.