Graduate of the London Irish Academy, Will Joseph, has been nominated for the Rugby Players’ Association’s (RPA) 15 Under 23 MVP of the Month for December.

It is back-to-back nominations for Irish’s youthful cohort, following on from Chunya Munga’s inclusion in November’s list of talent and Henry Arundell also being put forward for the month of September.

The 15 Under 23 award highlights six players aged 23 or under (as of Gallagher Premiership Round 1) who stand out each month in all competitions, with Tom Pearson and Ollie Hassell-Collins in the RPA Under 23 Team of the Season for the 2021/22 season.

Joseph continued his form into this season with 11 more appearances, starting three of his four run-outs in December and making a solid impact off the bench in his second start in the Heineken Champions Cup.

Against DHL Stormers in Cape Town, in his 11 minutes off the bench the 20-year-old back scored a stunning individual score to bring Irish back into contention into the tie.

The campaign starts in September and runs until April 2023, the nominations are selected by the RPA each month with fans getting to vote for their MVP of the Month.

The process culminates in the RPA Players' Board picking their 15 Under 23 from the long shortlist, and the team will be announced at the RPA Awards 2023 in May.

The following players have been nominated alongside Will Joseph: 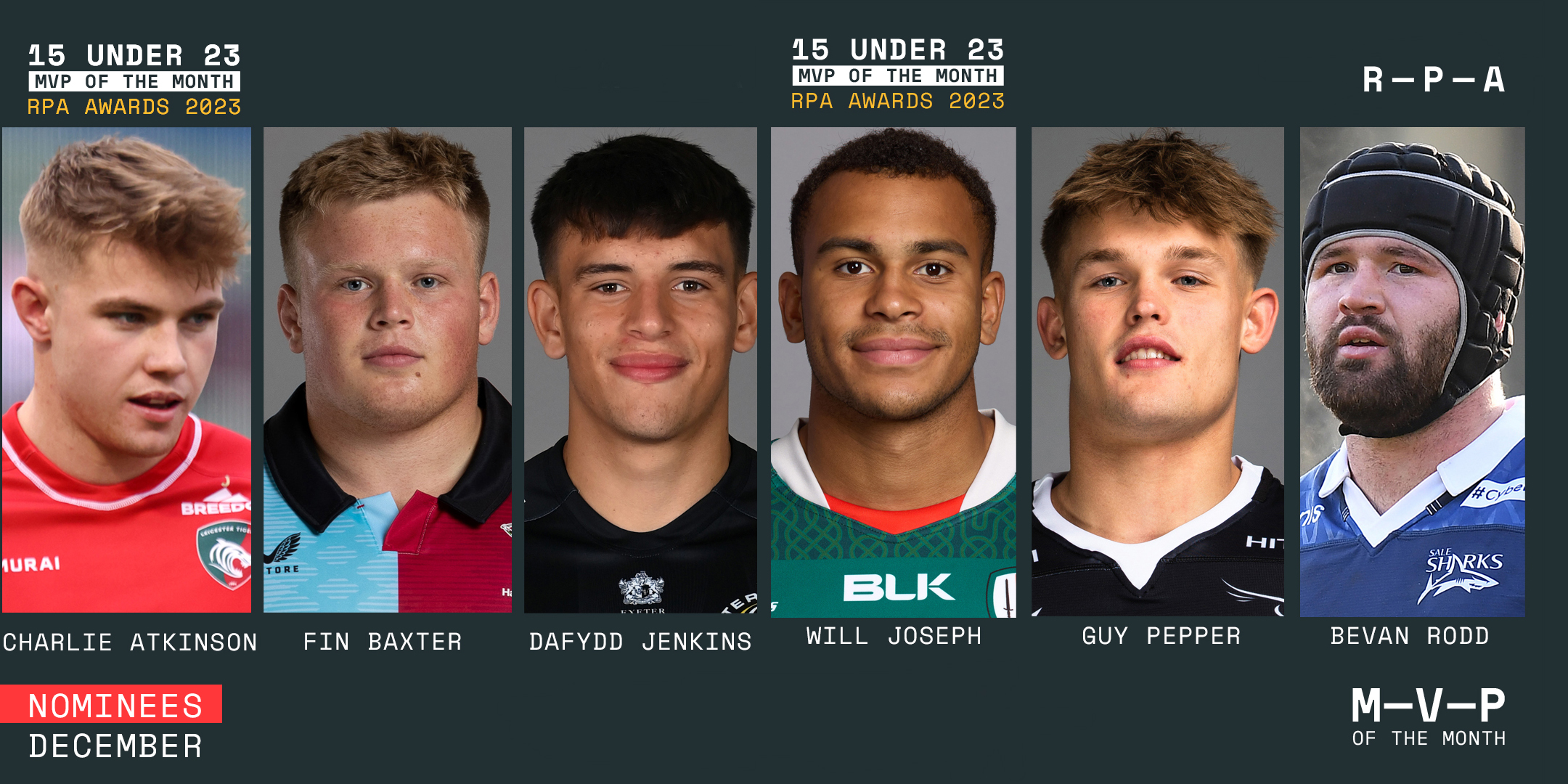 The vote is now open and closes on Friday 6th January at 1pm, with the winner announced early next week.