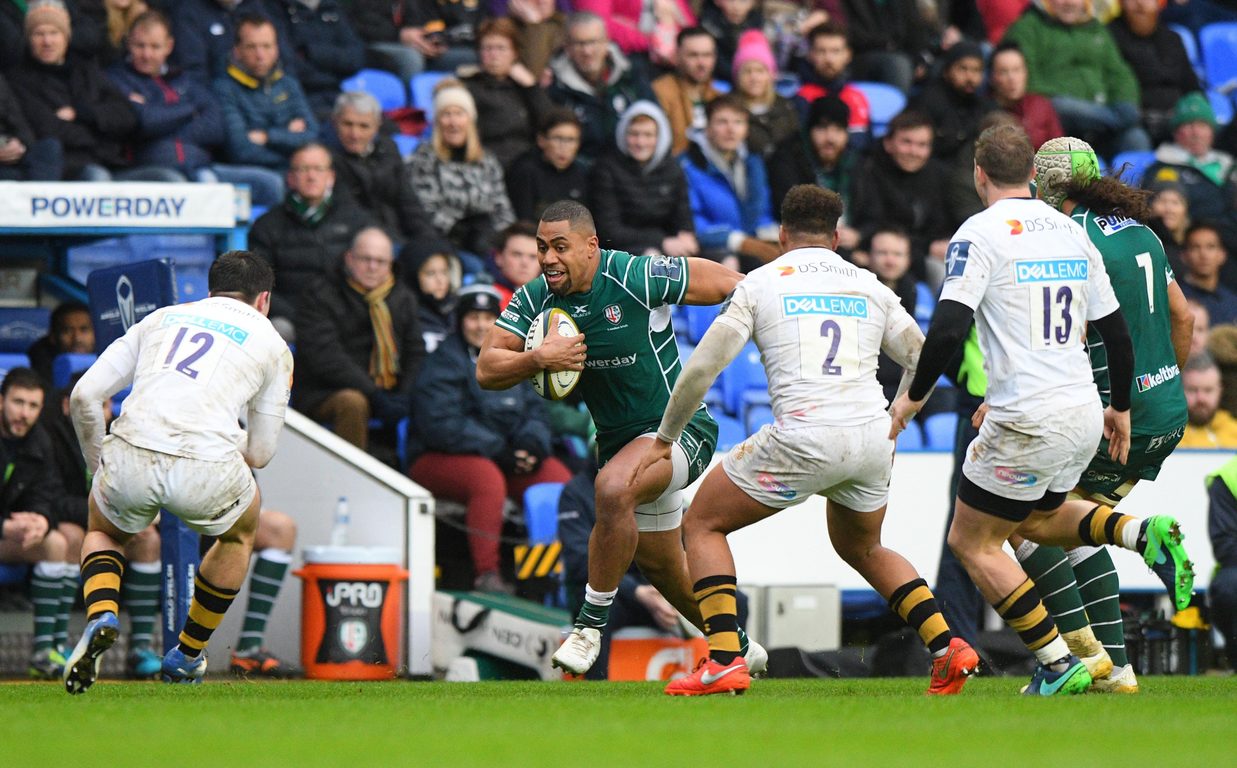 Joe Cokanasiga has been shortlisted by Premiership Rugby for this season’s Anglo-Welsh Cup Breakthrough Player Award.

The London Irish academy graduate, 20, bagged himself a hat-trick during Saturday’s 66-7 victory over Wasps in round 3 of the competition.

Cokanasiga has been part of Eddie Jones’ England training camp in the build-up to this year’s NatWest Six Nations and scored his first Aviva Premiership try at Leicester Tigers earlier this month.

“It’s always nice for your form to be recognised and I’m pleased to be shortlisted for the award,” said Cokanasiga.

“I’m enjoying my rugby and I’m grateful to Nick Kennedy for having faith in me and giving me the opportunity to show what I can do.

“I just want to keep improving my all-round game week in, week out and as a team we’re starting to build momentum at a crucial time in the season which is great to see.”

Launched in 2012, the Breakthrough Player Award celebrates and recognises under-23 players who have stood out in the tournament, with previous winners including the likes of Jack Nowell, Jonny May and Tom Collins.

Using OPTA match statistics, a forward and back from each round, along with two players with outstanding overall competition statistics, will form a 10-man shortlist, which will be submitted to a fan vote. Saracens back row Sione Vailanu was the forward shortlisted from round 3.

The winner will be announced prior to the Anglo-Welsh Cup Final, with the lucky recipient receiving a Perpetual Chrono A.T. watch courtesy of Premiership Rugby partner Citizen, while Gilbert, Official Ball and Rugby Clothing Partner of Premiership Rugby, will supply £1,000 worth of kit to a grassroots club of the winner’s choice.

Newcastle Falcons’ Adam Radwan and Ben Earl of Saracens were the first two names on the shortlist, while Gloucester Rugby’s Jake Polledri and Owain James of Wasps joined them after Round 2.

Round 3 OPTA stats for Joe Cokanasiga

London Irish’s next home game is against Sale Sharks in the Aviva Premiership on Saturday 10 February (kick-off 3pm). Tickets are available from £3 for under 13s and £23 for adults if you book in advance by calling the Ticket Office on 0118 968 1016 (Monday to Friday 9am to 5pm, Saturday 9am to noon) or online atwww.lidirect.co.uk .