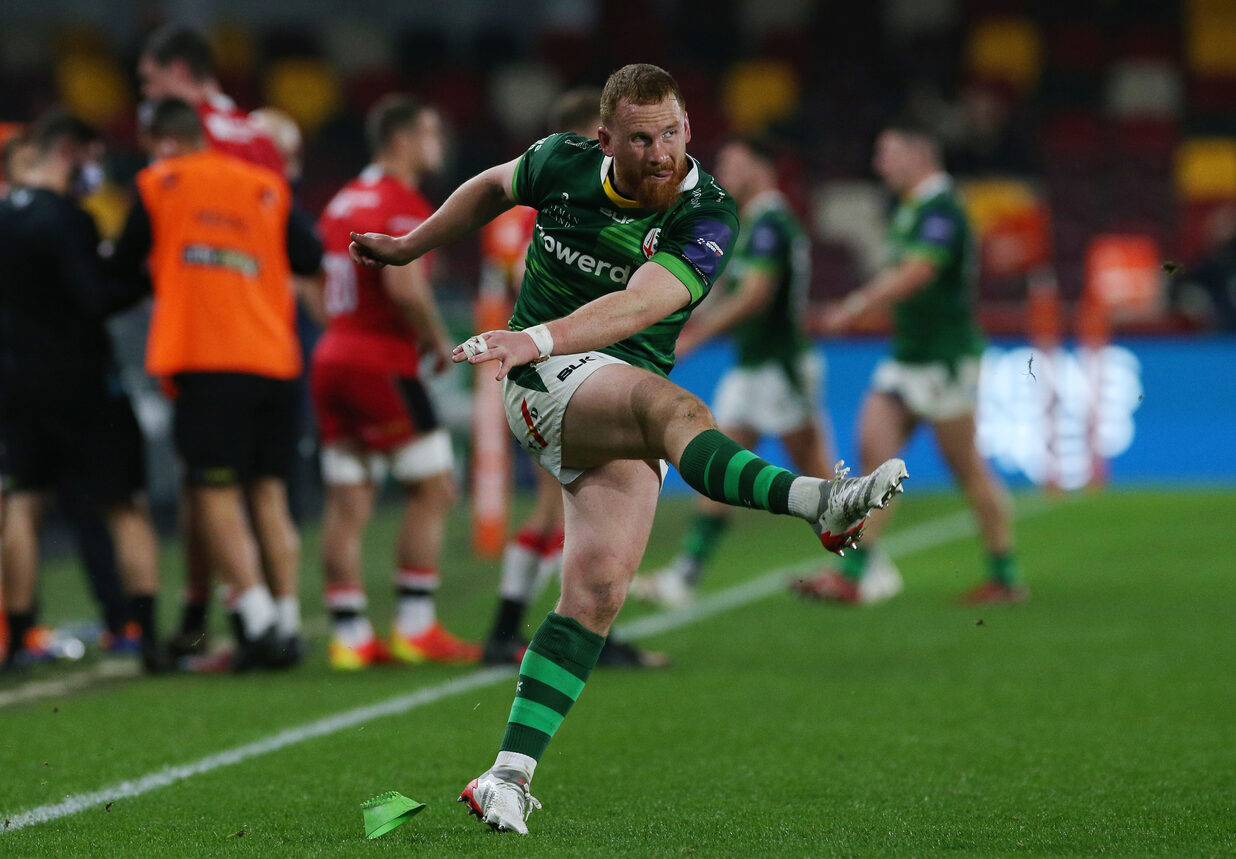 Rory Jennings has been buoyed by the Club’s form in the European Rugby Challenge Cup and is hoping to continue that on Sunday against Saracens.

The fly-half is set to don the 10 jersey for the Round 4 clash with Saracens tomorrow (kick-off 3:15pm) and is certainly not taking this competition lightly.

“We are targeting this competition and don’t see any reason why we can’t go all the way and win it,” said Jennings.

“We’ve done relatively well so far, winning against Pau and Edinburgh. Unfortunately, the match against Brive was cancelled, but we have started well. We want to carry on that form going into this weekend against Saracens.”

The last time Irish travelled to the Stone X Stadium, it was one of those ‘I was there moments’. Down to 14 men after receiving a red card in the first half, London Irish fought back from a 26-point deficit to draw the match 34-34 with the final kick of the match. The man to land that kick? Rory Jennings.

“It was a crazy game. We didn’t give up, stuck at it, and managed to scrape a draw right at the end of the game.

“It showed the character of the squad and the desire to play for each other. I think that has started to come through in our recent performances as well.

“Every player in the squad is willing to do the basics and continue to work hard for each other. In terms of building a culture, that’s something you want to see. I think we’ve got that in spades in this squad.”

Irish sit top of Pool C heading into the content, but Jennings insists that the squad are as focused as ever to put in a performance on Sunday.

“We do need to win this game to qualify. We need to turn up with the correct attitude and put in a good performance. We want to keep building momentum each week.

“There is no let up for us in terms of fixtures, it all comes thick and fast. We have Saracens in Europe this week, then Exeter in the Premiership next week. You can’t take your foot off the gas and make sure that you’re ready for each week.”

Finally, Jennings finished off the interview by commending his three colleagues on their international call-ups ahead of the Guinness Six Nations. Ollie Hassell-Collins is set to link up with England, whilst Kyle Rowe and Ben White will join Scotland’s training camp.

“It’s a testament to how hard all three lads have worked and how well they have been playing recently. The three of them back themselves out on the pitch and are given the freedom to do what they do best. It’s great to see for them and the Club as a whole.”