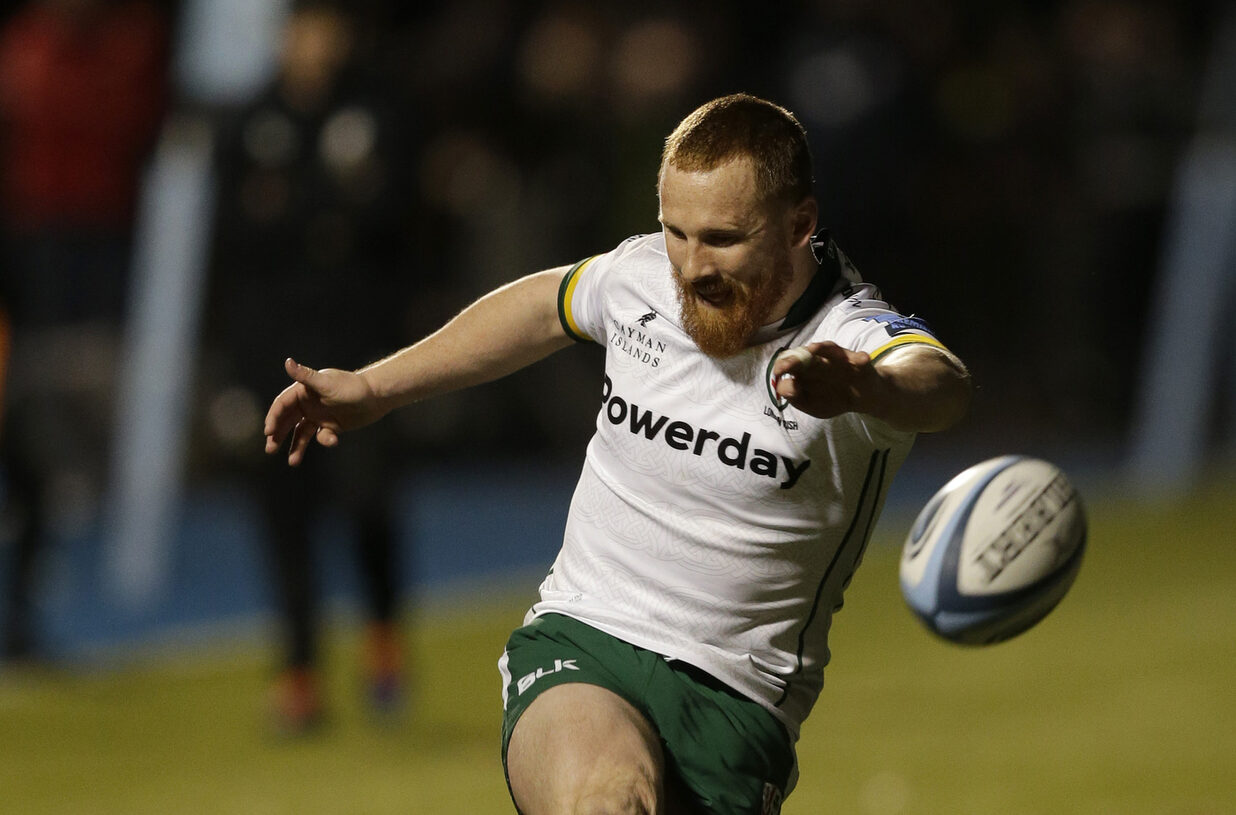 The Exiles’ summer acquisition converted Kyle Rowe’s third try of the afternoon with the clock in the red zone, to ensure honours ended even at the StoneX Stadium.

“It was really, really tough, but obviously we are delighted to get a result out of that one,” said Jennings.

“We were up against it with the red card putting us down to 14 men, but it shows a snippet of what this group is like, with us battling for every inch.

“A lot of teams would just throw in the towel with 25 minutes to go, being 26 points down and with 14 men - but we just kept fighting for every single thing and managed to claw our way back with a bit of momentum here and there.

“The feeling itself is unbelievable!”

A man down due to Adam Coleman’s red card alongside Paddy Jackson’s early departure due to injury, Declan Kidney’s men once again battled in the face of adversity, with Jennings the man to step up and seal the crucial three points for Irish.

“To be fair, every single kick before that I hit like a bag of sick - one of them had to go right and I was hoping it would be that one!” he said.

“I was pretty calm and knew that if it went right the boys would be ecstatic and if not, then they would back me either way.”

Jennings and his fellow kickers are diligent in their preparation at Hazelwood - and boy did it pay off on Saturday!

“There’s a lot of practice that goes on behind-closed-doors with everyone, especially kickers,” he said.

“We like to stay behind and do a lot of work, coming in on days off and more.

“There was a lot of work behind that kick and I wasn’t actually that happy the way I kicked the rest of the game, but that was the all-important one.”