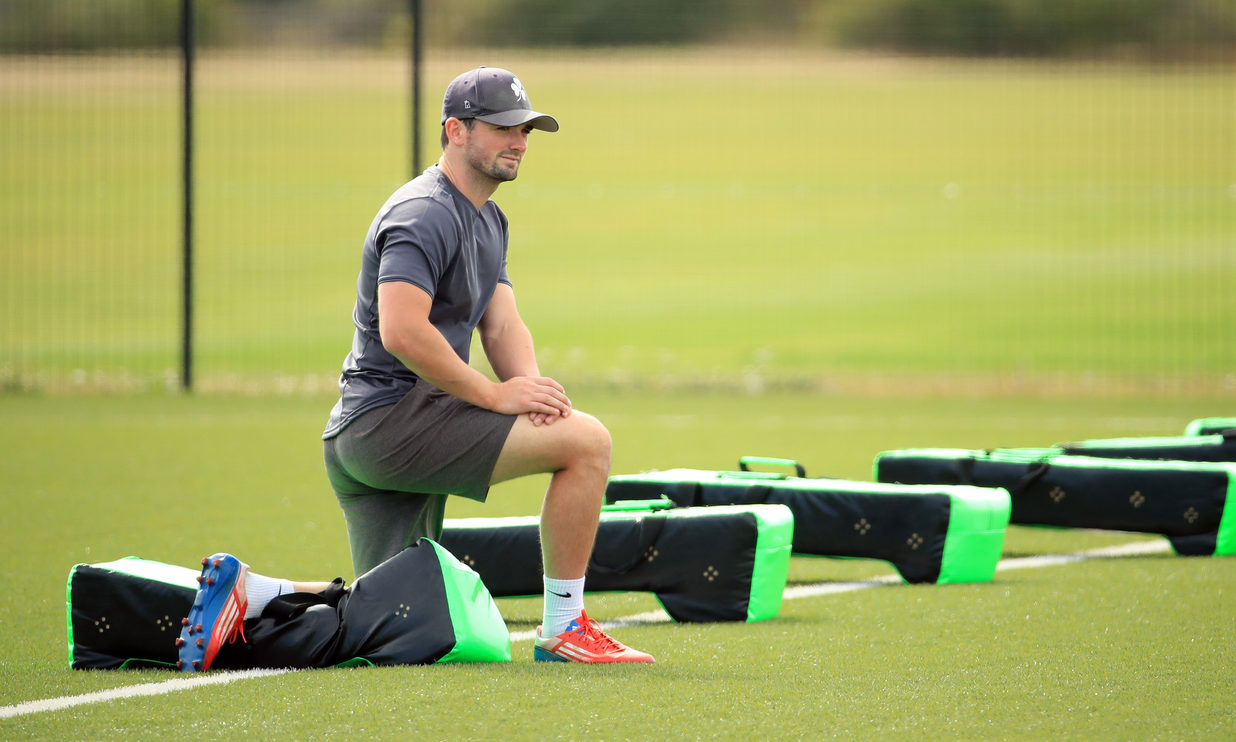 Ahead of the annual Premiership Rugby 7s, we caught up with Academy backs coach, James Lightfoot Brown, who has been preparing the team along with Declan Danaher, Patrick O’Grady and Jon Fisher for Friday night’s competition at Franklin’s Gardens.

Lightfoot Brown is no stranger to Premiership Rugby 7s competition, having represented the Exiles when he was in the club’s Academy system.

“It was an amazing experience as a youngster, pulling the shirt on and playing in front of big crowds, and obviously the matches are televised so the pressure goes up a level and may not be something that the boys are necessarily used to.

“It’s a great opportunity, any time you get to pull on the jersey is fantastic and to be exposed to all the other Premiership clubs in that environment is great. We learnt a lot, for me the step up in physicality, the speed of it all, the pressure was immense, so hopefully there will be the same learnings for these guys.

The coaches have been working with the squad for the last few weeks to ensure they are as prepared as possible for the change of format, especially the fast tempo as Lightfoot Brown mentions.

“Initially, it is just about exposing the guys to 7s rugby, obviously we have had a long pre-season, but there is a difference.  In 7s you fatigue incredibly quickly, and you have to be able to continue to fight and stay in the contest, even when tired. For us, exposing the players to that before we go out and play at Franklins Gardens on Friday is excellent and, we are extremely happy with how things have gone so far.”

The Exiles have selected a squad comprising of several Academy players or graduates with Isaac Curtis-Harris and Jack Cooke the senior members of the squad.

“We are really happy with the squad. It includes players currently in our academy system or players that have progressed through to the first team squad. Individuals like Isaac Curtis-Harris will be important for us on and off the field. Jack Cooke, who has played for us in the 7s before back in 2017-18 season and did well, so we are looking forward to watching him go out and play.

Caolan Englefield and Phil Cokanasiga are also likely to be included, with both having different attributes which will be important for Irish.

“Caolan is an incredibly intelligent rugby player and we will be looking to use his intelligence on the pitch. And we are looking forward to seeing Phil with the ball in hand where he is excellent but also seeing him have an impact defensively.”

As a young rugby player, this is a pivotal moment in the Premiership Rugby calendar and Lightfoot Brown knows first-hand how crucial an opportunity this is.