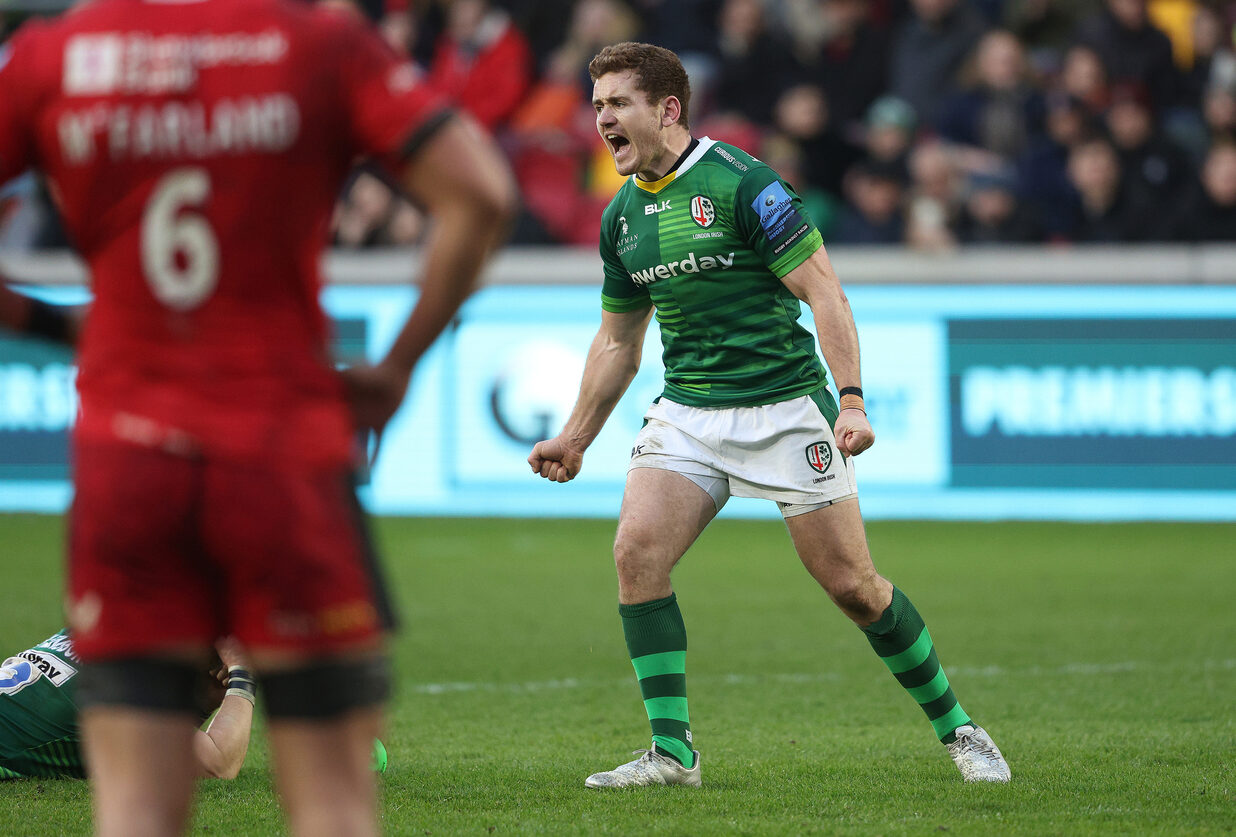 ‘The best atmosphere since we’ve been back in London’ - the words of Paddy Jackson in the wake of Saturday’s victory against Saracens at the Brentford Community Stadium.

Few could disagree with such a statement, after another bumper crowd witnessed yet another classic in West London, with Irish - thanks to Jackson’s last-gasp penalty - leaving it late to clinch a 32-30 win over their London rivals.

“I had a lot of family over for the game, so it felt extra special to see them in the crowd at full-time,” reflected Jackson.

“The reaction from the whole stadium was incredible - an amazing feeling at the end of a gripping match.

“That atmosphere at full-time was as good as it’s been since we’ve been back in London.

“I actually just took a second to myself to take it all in - I just felt awesome, it really did.”

Jackson was ice cold in slotting over the winning penalty from in front of the posts, but was keen to credit his team-mates at the end of a pulsating encounter.

“I was happy it was more or less in front of the posts!” he joked.

“Credit to the lads for doing the work up-front to get the penalty.

“I got to knock it over, but it was the hard work to get the penalty that set us up, so I was delighted for all the boys.”

He added: “It was a very relieved dressing room at full-time.

“We felt we did everything in the game to ensure we won it, although we made life a little bit difficult for ourselves in parts of the game.

“It’s testament to the character of the group to respond as we did to them scoring so late on.

“We stayed calm, waited for the right moment and thankfully it came.”

Victory over Sarries lifted Declan Kidney’s side into the top-six, but Jackson and co. won’t be getting carried away, as he acknowledged.

“It’s working for us at the minute, and we need to just keep pushing on as a group.”

Next up for Irish is a trip to the AJ Bell Stadium - the home of Sale Sharks - on Friday night (7.45pm kick-off).