Irish unable to deny Saints at The Stoop 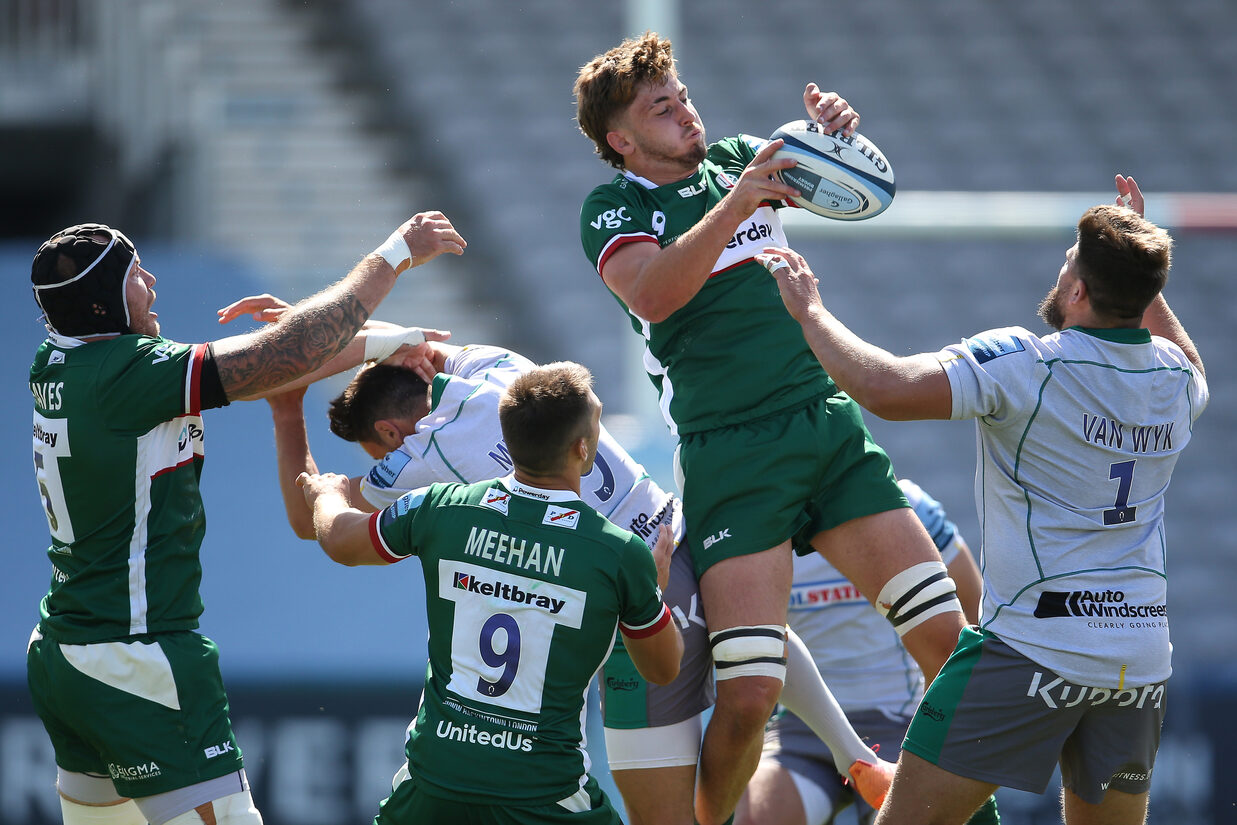 A physical start to the match led to some big early collisions in the midfield as both sides looked for the first points.

An early Irish scrum-penalty was kicked deep into Saints’ territory by Paddy Jackson and the Exiles looked like good value to push themselves over from the resulting rolling maul. However, a good defensive effort from the visitors turned over possession and gave them the chance to relieve pressure.

With 15 minutes on the clock, James Grayson stepped up for a penalty shot at goal after a breakdown infringement from Irish. His effort sailed through the posts and Northampton led 0-3.

Irish hit back with some strong carries, with Ollie Hassell-Collins sprinting down the touchline. The winger looked to have played Ben Meehan in for a certain try, but the pass was off target and Saints recovered.

Northampton were then awarded a penalty, Irish holding onto the ball for too long, and kicked to Irish’s 5m line. But, a brilliant hand from George Nott turned the ball over and the Exiles cleared their lines.

Ben Loader tried to lift his team back into the match, carrying the ball with intent on multiple occasions to get Irish over the game-line.

As a result, the hosts enjoyed a good amount of time on the ball, forcing a high tackle. Jackson thumped it into the Saints’ 5m line to set up an attacking lineout. This platform led to more attacking phases and Northampton committed an offense on the floor. Irish were awarded a penalty and Jackson popped it through the posts to level the scores on the stroke of half-time.

The second half started in a scrappy fashion, both sides making some handling errors.

It was Saints that secured the first try of the match, Tom Collins chipping over the last defender and racing around to dot down in the corner. The conversion was missed, and the visitors led 3-8.

Northampton thought that they had gone over for their second try on 57 minutes, but a last-ditch tackle from Nick Phipps and Blair Cowan prevented the score.

However, just two minutes later, Northampton did get their second. Sekope Kepu was shown a yellow card and referee Ian Tempest awarded a penalty try. Irish deemed to have stopped a rolling maul illegally and the visitors led 3-15.

Saints made the advantage count, forcing the Exiles into repeated scrum-penalties. The last penalty resulted in another yellow card for Irish, Will Goodrick-Clarke sent to the sin bin for 10 minutes. From the next play, Northampton cross the try line for a third time thanks to another penalty try. The visitors extended their lead to 3-22.

Entering into the last 10 minutes, Irish stayed resilient with only 13 men on the pitch but couldn’t find a gap in the Saints defence.

In the last play of the game, Northampton Saints secured a try bonus-point courtesy of Ahsee Tuala. Grayson was unable to add the extras, and it finished 3-27.