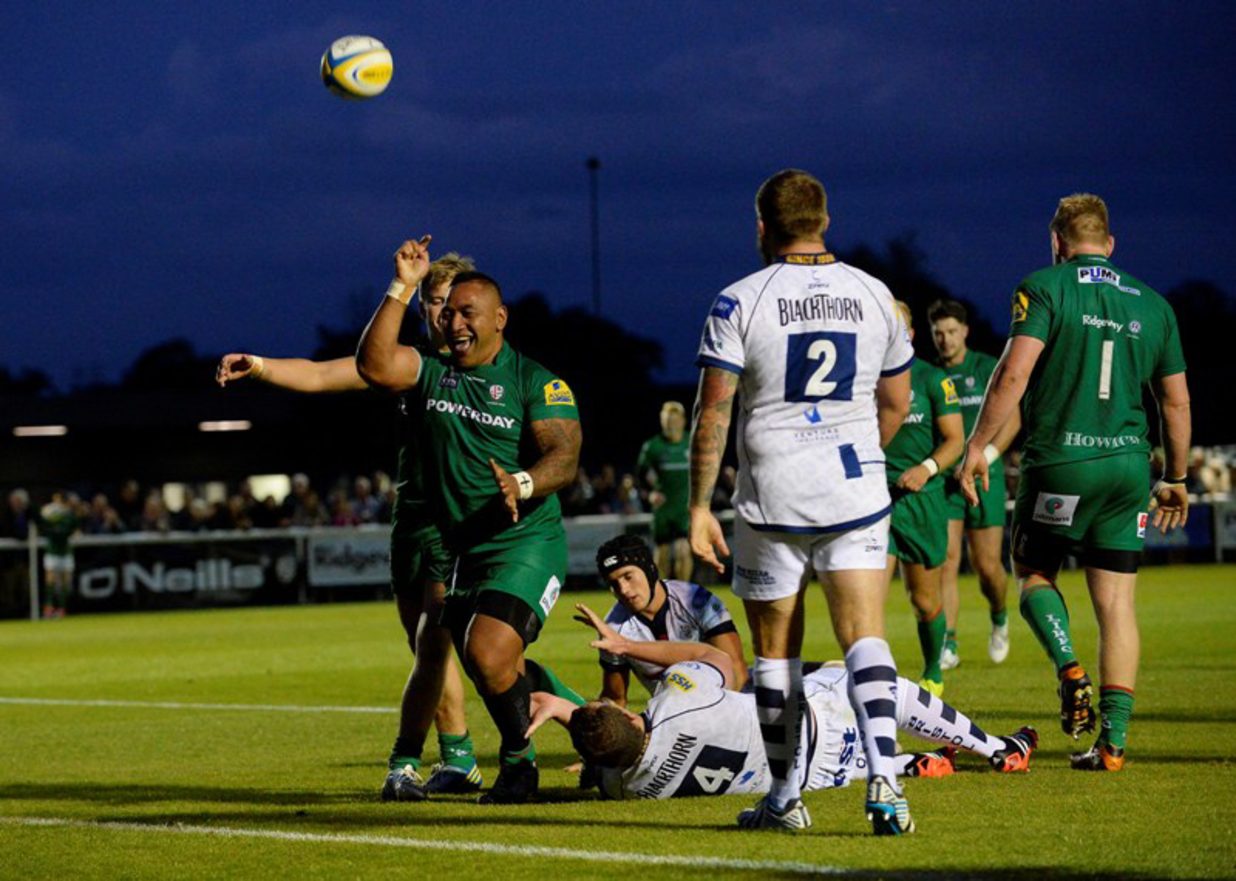 London Irish claimed a hard fought 27-26 over Championship side Bristol this evening in a historic first match at the Club’s new Hazelwood facility which saw Tongan prop Halani Aulika score a brace.

Irish were outscored four tries to three but claimed victory thanks to the impeccable boot of Tom Homer who kicked 12 points which will come as welcome news for all Irish supporters.

The Irish full back got his side into an early lead with two penalties inside the opening quarter in a period that saw Bristol rarely touch the ball and defending for great lengths inside their own half.

The West Country outfit did however cross for the opening score of the match and it was very well executed. Wales out half, Matt Morgan orchestrated play well and when he received the ball from Dwayne Peel he put in an inch perfect cross field kick for Andy Short to gather and score in the corner.

Irish replied instantly with Shane Geraghty carving his way through the Bristol defence and almost losing his shorts in the process. Moments later Irish were in with the powerful Aulika proving a devastating finisher from short range again with a push over try.

The Exiles should have gone over for another try had Tom Guest not lost hold of the ball when over the try line. Backs and forwards linked well in the lead up and had Guest held on - it would have been the try of the match.

From the resulting five metre scrum Halani Aulika put his opposite number under pressure and the ball came back to Scott Steele who sneaked down the shortside to dart over. Homer’s conversion made it 13-5.

Andy Robinson’s team gave the Exiles plenty to ponder at half time scoring two late tries in the last five minutes of the half through Mitch Eadie and a second for Andy Short to make it 20-19 to the home side at the break.

Brian Smith opted to keep the returning Aulika out in the battle for the first 10 minutes of the second half and it paid dividends as the went over for his second after more sustained pressure. The try put eight points between the teams with still over half an hour left.

Replacement Ross Johnston cut a nice angle through some sloppy Irish defence for his side’s fourth try before the heavens opened. With one point in the contest the remainder of the match was played in treacherous conditions as supporters ran for cover in the horizontal rain.

The Irish held out to record their second win of the pre-season campaign.

After the match Director of Rugby Brian Smith said: “It was another tough contest for us. Bristol are a well drilled side with plenty of good players and we will be better for it. It was great to have David Paice and Halani Aulika back from injury and I was happy with the efforts of all the players.”