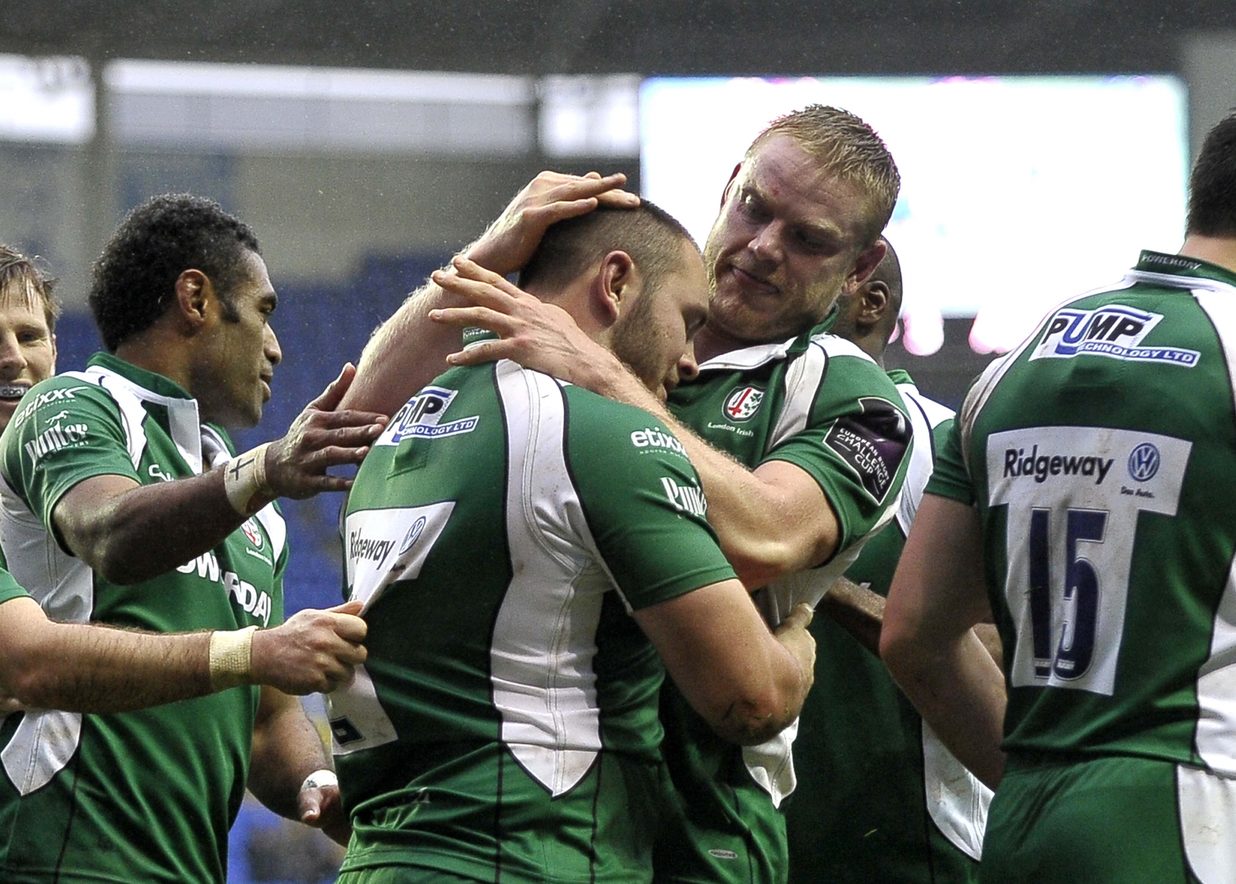 London Irish welcomed Agen to the Madejski for their first European Challenge Cup match of the season. Tom Coventry made nine changes to his side that faced Bath last weekend, handing debuts to new signing Joe Trayfoot and senior Academy player Johnny Williams. In a touching gesture during the minute silence following the tragic events in Paris, the Agen side led by singing the French National Anthem.

London Irish started their European campaign, with a convincing 48 – 10 bonus point win. Williams and Trayfoot both crossed for tries on debuts, with Alex Lewington and Gerard Ellis each scoring a brace of tries and Sean Maitland and Rob McCusker also scoring their first tries in Irish colours.

After a promising start for Irish with Topsy Ojo finding space out wide, it was the visitors who claimed the first points of the match. London Irish were penalised at the breakdown, giving Francois Bouvier a simple shot at goal to make it 0 – 3.

London Irish struck back soon after retaining possession well. Darren Allinson sniped around the fringes to break clear, being dragged down in the Agen 22. Irish recycled the ball well and spread it wide to find Johnny Williams who crashed over in the corner on his debut. Chris Noakes was unable to add the extras.

The Exiles added their second after 23 minutes. This time it was hooker Gerard Ellis who showed his pace, breaking away from 20 metres out and carrying two Agen defenders with him over line. Noakes was unable to convert, leaving the score at 10 – 3.

The other debutant crossed for his first try in Irish colours on the half hour mark. As Irish began to dominate the game, the Agen penalty count started to build. Noakes put the ball into the corner and the Irish pack rumbled their way over with Joe Trayfoot taking the try. Noakes converted to make it 17 – 3.

London Irish secured the bonus point just before the break, again it was the forwards who rumbled over and Ellis crossed for his second. Noakes converted to make it 24 – 3 at half-time.

The Exiles started the second half strongly. Alex Lewington collected a Noakes chip through to score three minutes into the half. Rob McCusker and Sean Maitland both crossed for their first tries for the Club in quick succession 13 minutes later, Noakes added the extras to these two tries to make it 43  - 3 with 20 minutes left to play.

Agen got their first try of the game after 64 minutes. The pack kept it tight and after setting up camp in the Irish 22, replacement Felicien Vergnon dove over from short range. Clement Darbo converted to make it 43 – 10.

Alex Lewington crossed for his second to make it 48 – 10 with a well-finished effort in the corner. As the time ran down Agen kept pushing for another try, spending the last five minutes on the Irish line but the Exiles defended well to hold them out, with a full time score of 48 – 10.