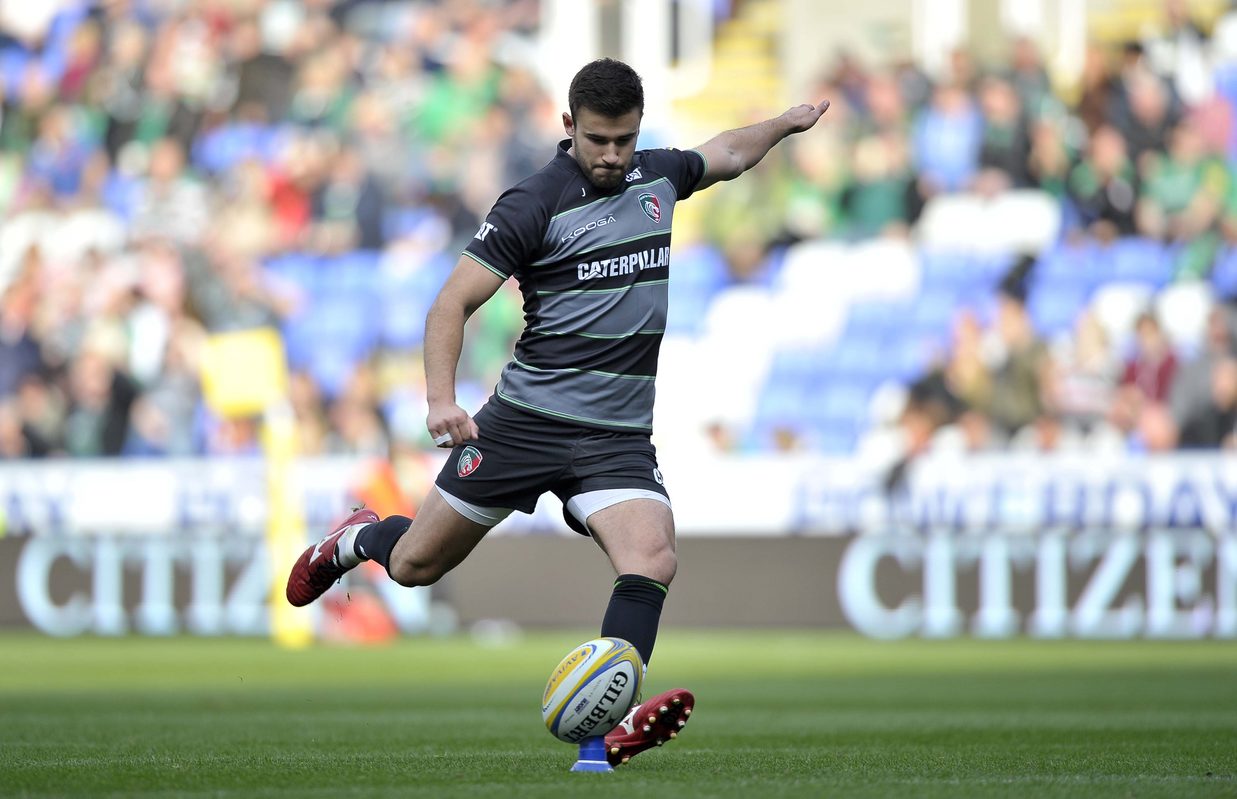 London Irish have completed the signing of Tommy Bell from Leicester Tigers on a long term deal.

The 23-year-old, who is comfortable playing at both fly half and full back, has amassed 123 points in 25 outings in all competitions for the Tigers.

Bringing attacking flair and an intelligent kicking game to the ranks, the former England Under-18 and Under-20 international is excited to have made the switch to the capital.

Commenting on his decision to sign for the Club, Tommy Bell said: “I am delighted to be joining London Irish next season. The training facilities and infrastructure is very impressive and, having met the coaches, there is a clear vision of where they want to take the Club which is exciting.”

Born in Plymouth, Bell grew up in Lancashire and began his career at Sale Sharks, before being snapped up by Wasps where he played alongside his older brother Chris.

Following a two-year stint with Wasps, Bell joined Championship outfit Jersey in the summer of 2014, and his impressive form for the Channel Islanders earned him a move back to the Aviva Premiership with Leicester.

Bell made his Tigers debut against Irish in the LV= Cup last season, and was nominated for the competition’s Breakthrough Player Award after a string of eye catching displays.

Exiles Head of Rugby Operations, Glenn Delaney is delighted to have signed Tommy Bell saying, “Tommy is an excellent addition to our squad for next season. He has great game management skills and is an outstanding goal kicker, who will bolster our backline options.”