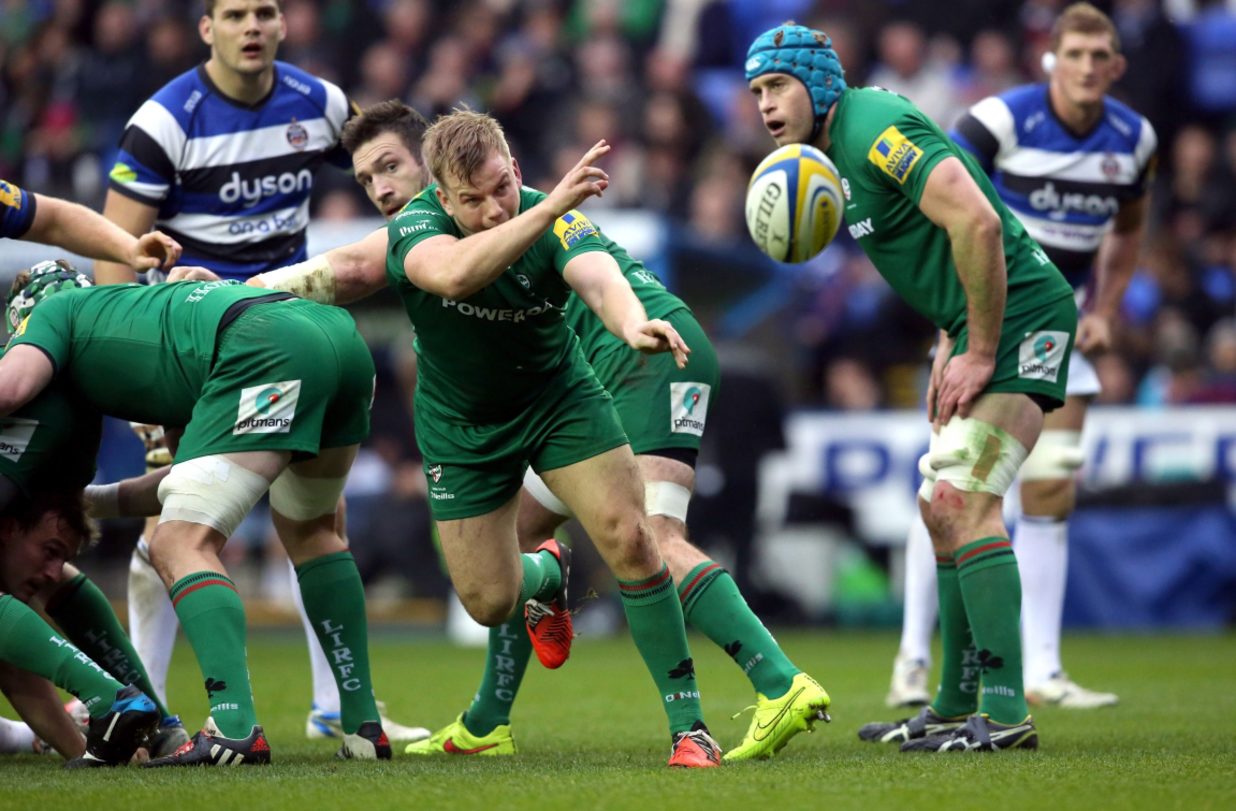 London Irish suffered defeat at the hands of Bath this afternoon as the visitors outscored the hosts by three tries to two.

David Paice and James Short crossed for Brian Smith's side but a penalty try, a score just after half time by Henry Thomas and a break away try by replacement scrum half Chris Cook saw Bath prevail.

Irish were dealt a harsh blow ahead of kick-off with the news that George Skivington would miss the match with a neck injury. Dave Lyons was promoted from the bench to start with Academy lock forward Theo Vukasinovic named among the replacements.

The first half was a cagey affair with tactical kicking evident throughout. Geraghty and Henson exchanged penalties in the opening six minutes to make it 3-3.

The visitors had the early advantage at the set piece, in particular the scrum where they showed their dominance to allow Henson the chance to put Bath in front with a straightforward penalty which he duly accepted, 3-6.

Irish then had to absorb plenty of Bath pressure heading into the second quarter. Bath had three line outs five metres from the Irish line and a scrum and failed to register any points as the Exiles were awarded a penalty to clear their lines.

Gavin Henson extended the Bath lead with a third penalty that also saw Halani Aulika sent to the sin bin for infringing at the driving maul.

Reduced to 14 men the Exiles had a task on their hands to hold the big Bath pack out. The visitors won a string of penalties five metres out from the Irish line and the hosts were unable to handle the visitors pressure. Andrew Small had no hesitation in awarding the penalty try to stretch the away sides advantage to 16-6. That is how it remained at the break.

The first score after half time was crucial and it came the way of the visitors. A great offloading game saw tighthead prop Henry Thomas sprint through the Irish defence and evade two tacklers to score. Henson added the extras to put daylight between the sides for the first time in the match.

The Irish response was spirited and impressive at the same time. Buoyed on by the 8,000 in attendance, the Irish forwards took the fight back to Bath. David Paice battled away and was bundled over the line to bring the Exiles back into the game. A Shane Geraghty conversion and penalty five minutes later made the score London Irish 16 Bath 23 heading into the last quarter.

Henson kicked his fourth penalty after another impressive Bath scrum won them a kickable penalty before replacement scrum half Chris cook scampered away from the base of a ruck to score after Irish were lacking a defenders.

The game was now beyond London Irish, but they never gave up. Half time replacement James Short scored his first Premiership try for the Club with just over five minutes remaining, however the visitors held on to record a 23-33 victory.

London Irish return to Madejski Stadium next sunday where they host Gloucester.