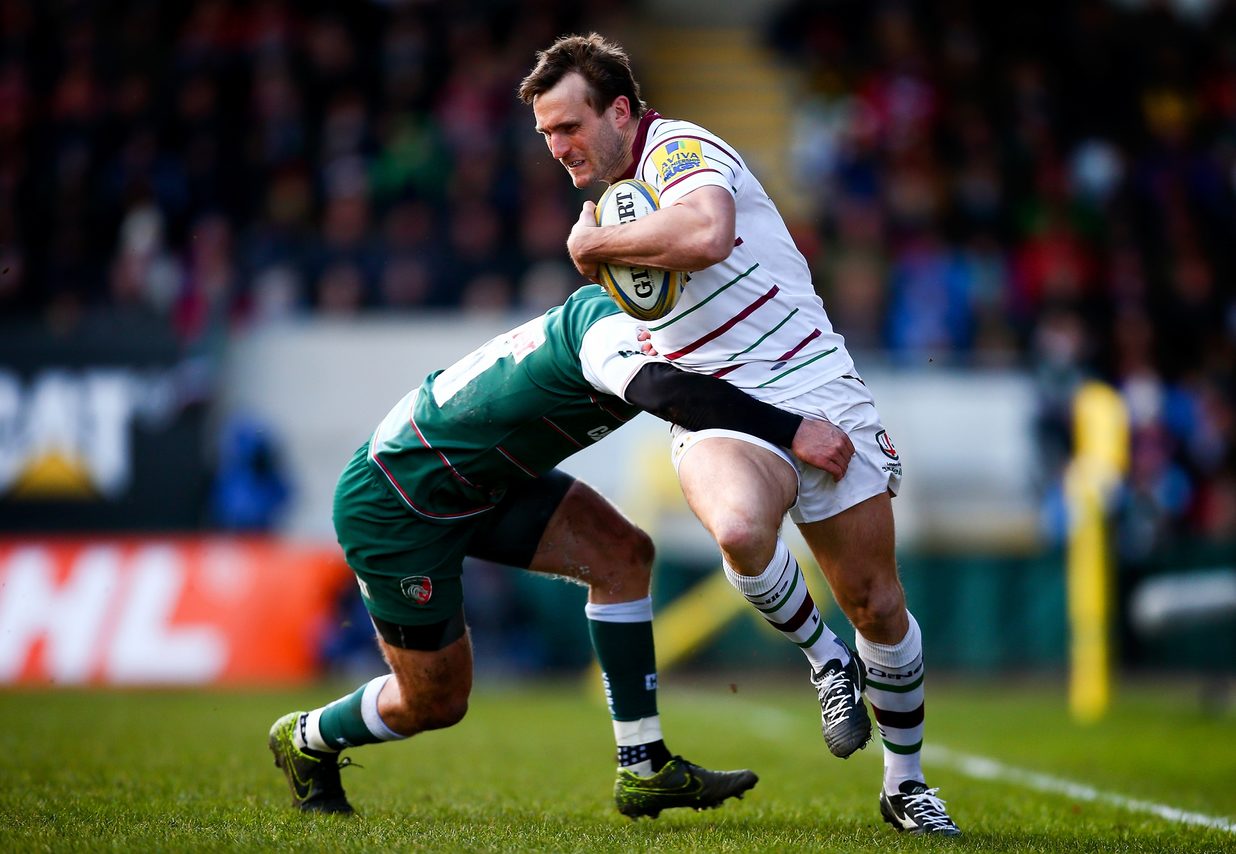 London Irish tasted defeat on the road at Leicester Tigers in the Aviva Premiership on Sunday, with the Exiles going down 47-20.

Richard Cockerill’s men, who were buoyed by the return of England international Manu Tuilagi, scored seven tries with a clinical attacking display.

Securing the try bonus point by virtue of scores from Adam Thompstone, Harry Thacker, Lachlan McCaffrey and Jonno Kitto, Irish faced an uphill task in the second period in front of more than 23,000 fans inside Welford Road.

Leicester got the scoring underway with just four minutes on the clock when winger Thompstone dotted down in the corner, Tait the architect with a looping pass. Burns was unable to add the extras from the touchline and the hosts had the early advantage at 5-0.

A Theo Brophy Clews penalty reduced the deficit to 5-3 with 10 minutes played, however the home side doubled their try-scoring tally for the afternoon six minutes later through hooker Thacker, who collected a low pass to crash in under the posts. Burns slotted home the simple conversion to increase the Tigers’ lead to 12-3.

Relentless Tigers pressure continued, and try number three came on 31 minutes as openside flanker McCaffrey touched down following good work from Tom Croft at the lineout. And on the stroke of half-time Kitto rubber-stamped the bonus point, supporting Mike Fitzgerald for the score. Burns’ conversion gave the Tigers a 26-3 half-time lead.

Irish’s second half performance will have encouraged the coaching set-up as they demonstrated impressive attacking flair to run in three tries through David Paice, Joe Trayfoot and Andrew Fenby.

Despite their best efforts with ball in hand, Irish were unable to prevent further scores from Leicester as Croft, Jean de Villiers and Thompstone all got in on the act to add gloss to the scoreline.

On 52 minutes Croft powered his way to the line on the back of a free-flowing move, with Burns’ conversion making it 33-3. Kitto thought he had scored his second try of the day three minutes later when he raced clear, but referee Ian Tempest referred the try to the TMO, who ruled a forward pass against Thompstone.

With the hour mark looming, the Exiles registered the first of their three tries courtesy of the onrushing Paice. The experienced hooker burrowed his way in at the corner for a well-deserved five points. Replacement fly-half Shane Geraghty missed the conversion with the score 33-8.

Leicester hit the 40-point mark with just over 10 minutes remaining through a converted de Villiers try. The inside centre eased through a gap to touchdown and the try was awarded after Mr Tempest went upstairs to the TMO for a suspicion of crossing. Moments later, Thompsone bagged his brace for the afternoon, but to the Exiles’ credit they never threw the towel in and their endeavour was rewarded with two late tries.

First Trayfoot waltzed in under the posts to round off an emphatic sweeping move, before Fenby squeezed in at the corner on 80 minutes after Canadian international Hearn broke the line.

However, Irish’s late show was to no avail as the Exiles succumbed to a 47-20 defeat.