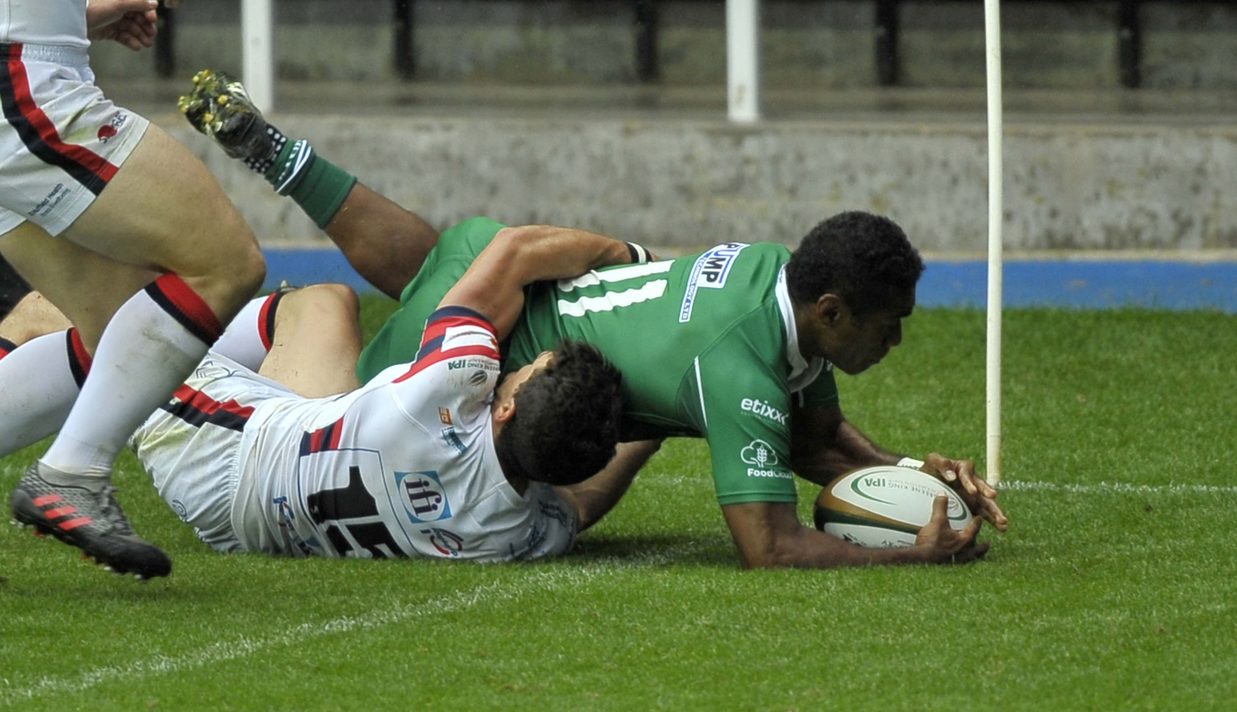 London Irish began their assault on the Greene King IPA Championship with a 19-0 victory over last season’s runners-up Doncaster Knights.

Tries from Tom Fowlie and Asaeli Tikoirotuma coupled with the boot of Tommy Bell ensured a winning start for Nick Kennedy’s men, who now prepare for the visit of Richmond next weekend.

A solid defensive display was a key feature of the Exiles’ game as Doncaster failed in their attempt to register a single point.

Indeed, Declan Danaher, Irish’s new defence coach, can toast his side’s rearguard action with a pint of the black stuff tonight after a disciplined display which bore fruit in the attacking stakes.

Irish went three up inside the first couple of minutes courtesy of a Bell penalty, the former Leicester-man making no mistake after Doncaster were penalised at the breakdown.

Ofisa Treviranus, who penned fresh terms with the Exiles this summer, played his part in earning the penalty as he broke through the Knights’ backline with consummate ease.

Bell doubled his tally for the afternoon on 12 minutes with a further penalty to extend Irish’s lead to 6-0 – referee Craig Maxwell-Keys adjudging Doncaster to be offside.

Six minutes later, Bell continued his goal-kicking prowess with a splendid penalty on the far side to increase the deficit to 9-0.

With the interval looming, Clive Griffiths’ Knights outfit continued their efforts to breach the Exiles’ defensive line, but were hit with a suckerpunch when the impressive Fowlie stretched over to touchdown. George Robson, one of four summer recruits making their debuts, was the catalyst as he spearheaded a dominant rolling maul to get Irish within five metres of the line. The ball was moved wide to Fowlie, who dipped his shoulder to claw his way to the line. Bell was unable to add the extras, his first miss of the afternoon and Irish led 14-0 at the break.

The second half saw the heavens open, and with a greasy ball in hand, clear-cut chances were at a premium. On 48 minutes Knights winger Dougie Flockhart had the opportunity to reduce the margin with a penalty 25 metres out, but his kick skewed wide of the upright and Irish kept their cleansheet intact.

Flockhart would be made to rue his missed kick as the hosts, backed by an enthusiastic crowd, went up the other end to score in the corner through Tikoirotuma. Again, the Irish pack underlined their supremacy to gain excellent field position, before the ball was switched to the nearside for Tikoirotuma to squeeze in at the corner. Bell’s touchline conversion drifted wide, but Irish were in the ascendancy at 19-0.

The Exiles could have pushed home their advantage in the closing stages with two try-scoring chances. First, replacement winger Ben Ransom sprinted half the length of the field before being hauled down by a scrambling Knights defence just short of the line. And then with three minutes to go, Academy product Fowlie was denied his brace for the day when Maxwell-Keys’ eagle eye spotted a forward pass in the build-up.

Despite Irish not adding gloss to the scoreline, Kennedy could be more than satisfied with the outcome given Doncaster’s credentials and a 19-0 triumph is just the tonic going into an extremely competitive Championship.

Next up the Exiles welcome Richmond to the Madejski Stadium. Adult tickets start at just £20 and kids £3. There are also discounts for under 25s. Don't miss out on the all the action and secure your seat! Click here to buy online or call 0118 968 1016.