Irish put six past Edinburgh to secure all the points 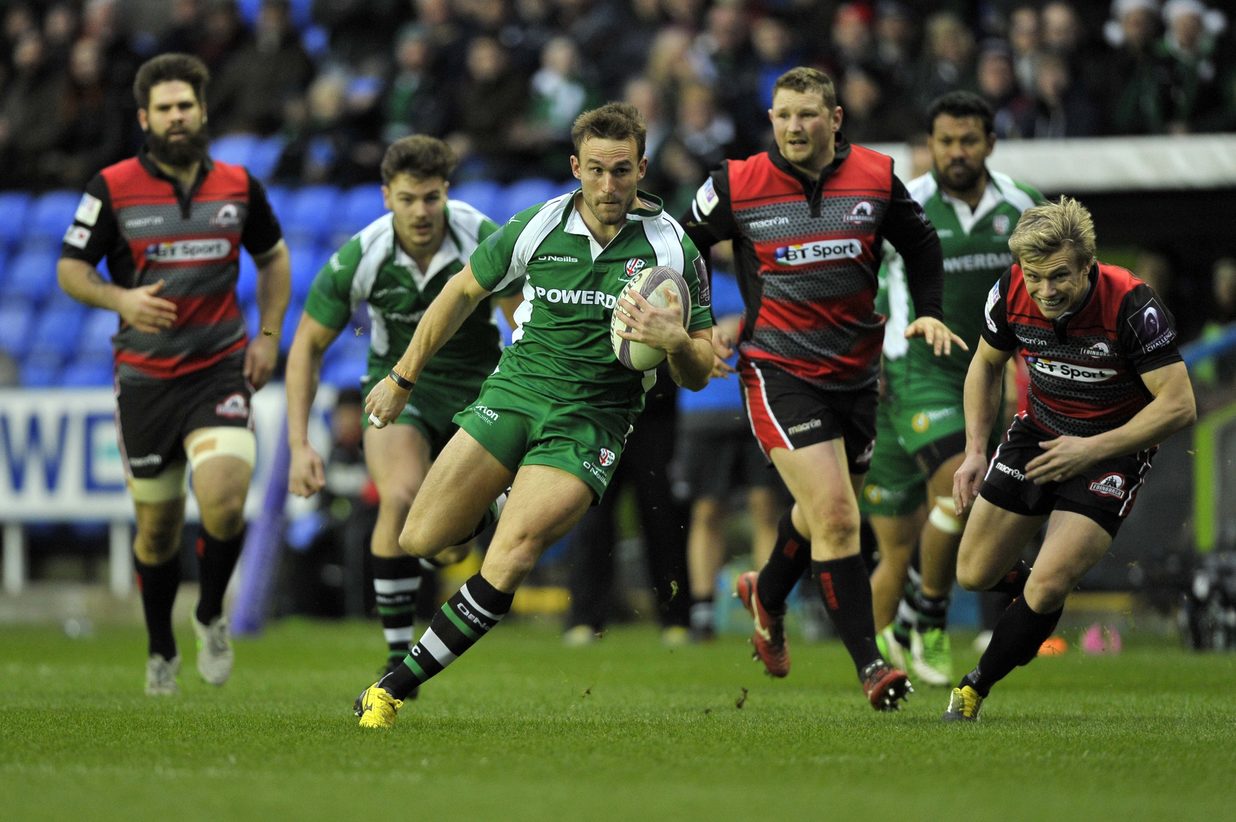 London Irish welcomed Edinburgh to the Madejski Stadium on Saturday in their 4th round European Rugby Challenge Cup match.

London Irish fielded a side that saw Shane Geraghty return from injury as well as starts for Andrew Fenby and Conor Gilsenan.

London Irish put in their best performance of the season so far, scoring six tries with the bonus point secured before half time, with Fenby collecting a hat trick to make the final score 38 – 6.

Edinburgh were the first on the score sheet, Grieg Tonks knocking over a simple penalty after four minutes, adding a second soon after to give the visitors an early 0-6 lead.

Irish struck back soon after, with Andrew Fenby bagging a quick brace on his return to the starting line-up.

The first came from a fantastic solo 40 metre effort, Fenby beating two defenders to crash over. The second, two minutes later, saw Shane Geraghty fizz the ball wide to Sean Maitland who fed Fenby to power through the last defender and score in the corner with Geraghty adding the extras bringing it to 12 – 6.

London Irish added their third after 27 minutes. This time it was the other winger, Alex Lewington, getting in on the action. After a well work lineout the backs showed their class with a flowing move that saw Lewington burst away from 40 metres and show his pace to sprint away and dive in under the sticks. Geraghty converted to bring the score to 19-6.

Sustained London Irish pressure in the closing plays of the half saw Edinburgh reduced to 14 with Tonks sent to the bin and the Exiles made the man advantage count immediately with Johnny Williams diving in for his fifth try in four games. Geraghty added the extras from far out to make the half time score 26 – 6.

After a slow start to the second half the game was kick-started back into life by Aseli Tikoirotuma. The Fijian burst through the middle after a deft chip and offload, and after sustained pressure was again in the right place to make the most of quick ball and dive in at the corner to make it 31-6.

Fenby sealed his hat trick with five left to play, Alex Lewington making the initial break before chipping over the top which Fenby collected and dived under the sticks. Theo Brophy Clews added the extras made the final score 38 – 6.

The Exiles travel to Edinburgh next week for the return leg before welcoming Northampton to the Madejski on Boxing Day in the Aviva Premiership.