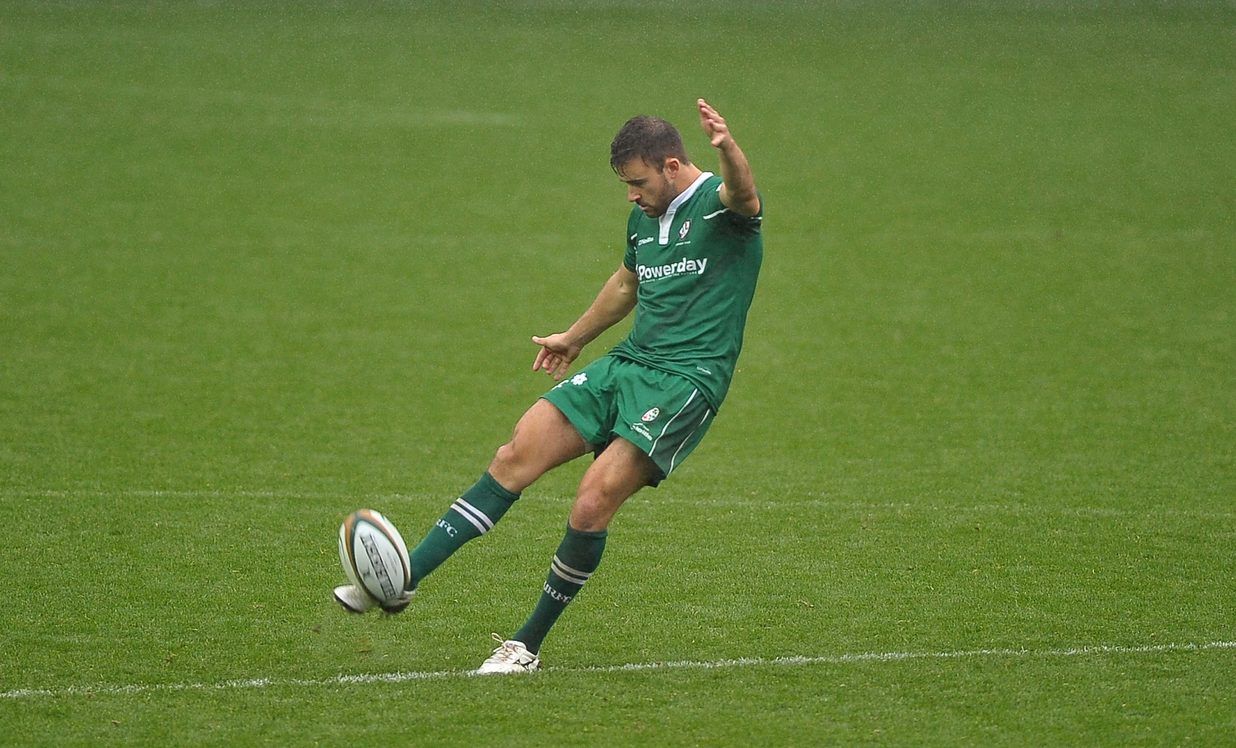 London Irish romped home to a 62-12 bonus-point victory at the home of London Scottish to maintain their supreme start to the Greene King IPA Championship season.

Tries from David Paice, Brendan McKibbin, Joe Cokanasiga, Tommy Bell (2), Aseli Tikoirotuma, Scott Steele and Blair Cowan ensured an emphatic display as Irish made it nine wins out of nine in all competitions.

The eight try blitz was the perfect fillip going into next weekend’s Championship showdown with Yorkshire Carnegie at the Madejski Stadium. And with a raucous Irish contingent packed inside the Athletic Ground in Richmond on a fine autumnal afternoon, there is a real feel good factor brewing within the Irish camp.

Nick Kennedy’s men asserted their dominance from the word go, Paice burrowing over following a driving maul. Bell, who was faultless with the boot throughout the game, added the extras for a 7-0 lead with just three minutes on the clock. Try number two materialised moments later when James Marshall’s attempted chip through was partially charged down, allowing McKibbin to scoop up the loose ball and sprint 30 metres to slide in under the posts. Bell’s simple conversion extended Irish’s advantage to 14-0.

Not deterred by the early set-back, the hosts rallied and were rewarded for their endeavour in attack when Scottish full-back Peter Lydon sliced through a gap to score from close range. Reducing the arrears to 14-5, Scottish were on the front foot from the restart and created a series of attacking opportunities only to be met by a resolute Irish rearguard.

On 24 minutes Joe Cokanasiga, who was making his league bow, created a moment of magic to score Irish’s third try of the afternoon. The explosive winger, 18, ran from his own 22 to leave a flurry of Scottish defenders in his wake on his way to the try line. Bell slotted home the two points.

Leading 21-5 with half-time approaching, Irish gave themselves further breathing space by virtue of two penalties and a try from Sky’s man-of-the-match Bell. The summer signing from Leicester Tigers was flourishing and his try secured the bonus point going into the break.

Irish came out for the second period looking to continue their attacking prowess, spearheaded by a dynamic backline. Playing some exhibition rugby in front of just under 3,000 spectators, Irish registered their first score of the second period on the hour mark thanks to Tikoirotuma. The Fijian international waltzed in at the corner following a neat offload from Cokanasiga. Bell’s touchline conversion made it 41-5.

Scrum-half Steele was next to get in on the act, burrowing his way over from the base of a ruck after an attacking deluge from Irish. The points kept coming from the boot of Bell, with the goal-kicking specialist’s conversion increasing his side’s lead to 48-5. Six minutes later, former Scotland international Cowan showed the hosts’ defence a clean pair of heels with a neat turn of pace to cross under the posts. And three minutes from time, Bell grabbed his brace, breaking through at speed to cross in style.

Scottish had the last say with a last minute try through Michael Van Vuuren but the day belonged to Irish, who laid down a marker ahead of next week’s crunch match with Carnegie.