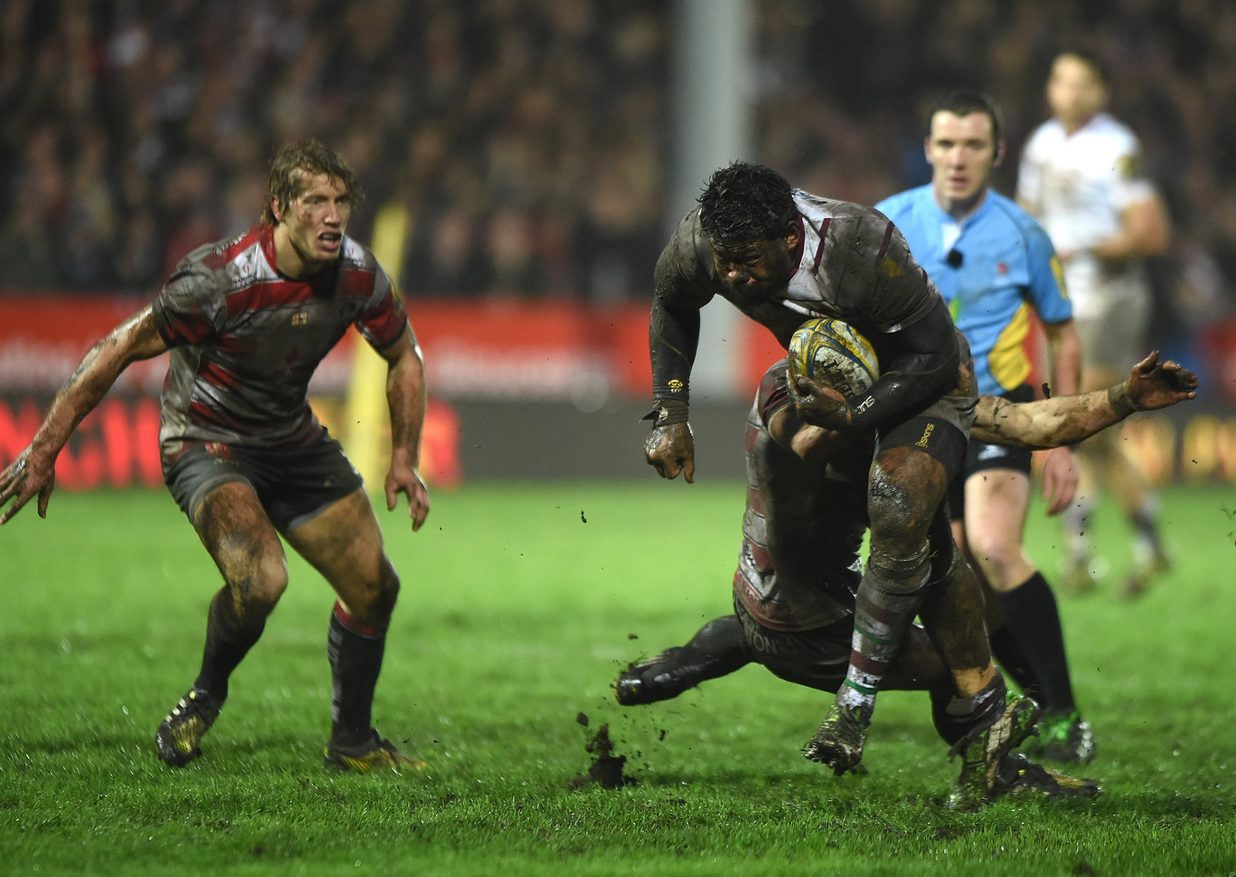 London Irish travelled to Kingsholm on Saturday for their first Aviva Premiership match of 2016. Tom Coventry picked an unchanged team from the side that beat Northampton Saints on Boxing Day.

In a wet, muddy affair in front of a capacity crowd in Gloucester it proved to be a game of two halves. London Irish went into half time 6 – 14 up thanks to tries from Ciaran Hearn and Alex Lewington. But a second half rally from the hosts with tries from Matt Kvesic and Billy Burns combined with the boot of James Hook saw them fight back to win 27 – 14.

Gloucester claimed the first points of the match after just three minutes, James Hook converting a penalty shot at goal after the Exiles had been penalised at the maul.

Irish struck back minutes later, after a clever chip through from Brendan McKibbin won the Exiles a five metre lineout, Ciaran Hearn found himself the space to dance in under the posts and Chris Noakes added the simple conversion to make it 3-7.

A second Hook penalty closed the gap to just one point before the game descended into a scrappy battle between the 22s with both sides playing for field position.

On the 32nd minute however the game burst into life again, Chris Noakes struck a perfectly weighted cross field kick with Alex Lewington beating his opposite man in the air to dot it down with Noakes converting to make it 6-14 at the break.

Hook reduced the deficit early on in the second half with another penalty. Then after an intense period of defending for Irish, holding Gloucester out twice and Lewington sent to the bin, Hook converted another penalty to make it 12 – 14.

A third second half penalty from Hook took the lead for the hosts with 20 minutes to go and the closing ten minutes saw a late flourish from Gloucester. First Matt Kvesic crashed over from the base of a maul and minutes later Billy Burns scored off the back of a well worked move to take the score to 27 – 14.

The final plays saw Irish searching for a try to salvage a losing bonus point, however it wasn’t to be as Gloucester forced the turnover to leave a final score of 27 – 14.