Irish lose out at Double Header 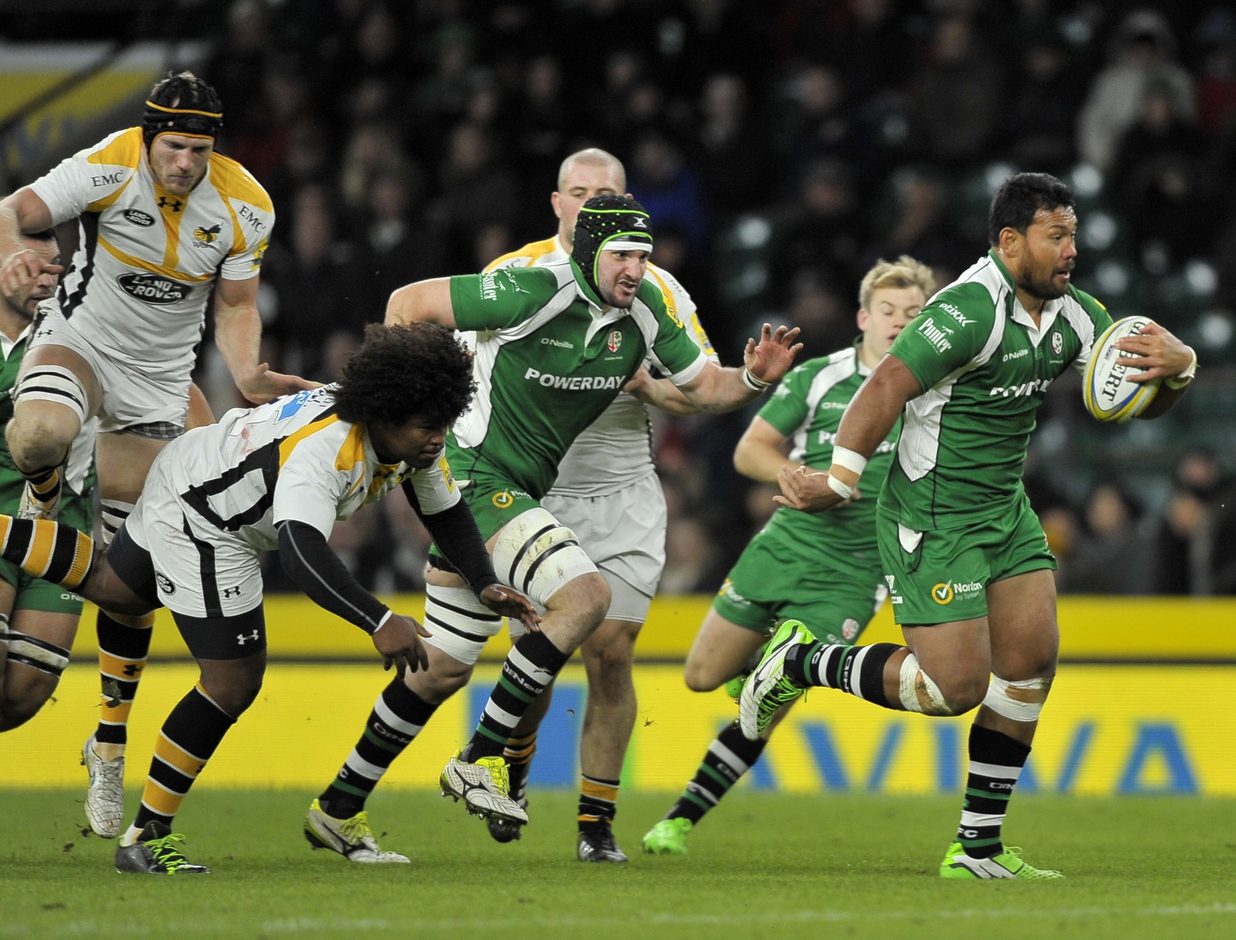 Tom Coventry made six changes to his side that narrowly lost out to Grenoble last week in the Challenge Cup, with Ben Franks named to make his first start and Premiership debut for the Exiles, and a first start of the season for Ofisa Treviranus.

A tremendous defensive effort and two tries for Jonny Williams saw Irish and Wasps go toe to toe for much of the encounter. However, a late flourish from Wasps with two tries in the final ten minutes saw them win the game 33 – 15.

Wasps were the first to get on the score sheet. After setting up camp early on in the Irish 22 the Exiles were forced to defend but they held out well. Despite solid defence the pressure told as Irish crept offside and Ruaridh Jackson converted the penalty to make it 0-3.

Irish’s first piece of attacking play was a promising one, Aseli Tikoirotuma broke away first and a deft offload saw Treviranus burst into the 22. Quick ball at the breakdown saw Irish go wide with Wasps just getting across to force Tom Fowlie into touch. Irish kept the pressure up at the lineout, forcing the penalty from Wasps and Chris Noakes levelled the scores from the tee.

The advantage swung back in Wasps’ favour ten minutes later when, after another big defensive effort from the Exiles, Jackson converted a penalty from the breakdown.

After sustained pressure it was Wasps who got the first try,  a quick pass from Joe Simpson allowing Frank Halai to dive in at the corner with one minute left in the first half, Jackson was unable to convert making it 3-11.

In last play of the half Irish struck back. Alex Lewington made the original break, dancing his way into the 22. After drawing Wasps in close the backs spread it wide for Johnny Williams to crash over and claim his third try in three games for the Exiles. Noakes was unable to add the extras leaving a half time score of 8 – 11.

Wasps claimed the first points of the second half on the 50 minute mark, Elliot Daly finding himself in  space to dart over the line, and with Jackson’s conversion the score stood at 8 – 18.

Replacement Jimmy Gopperth extended the Wasps’ lead minutes later from the tee but Irish struck back soon after. Topsy Ojo chipped through and Johnny Williams chased it hard to dive over and collect his second of the evening. Noakes added the extras to make it a six-point game at 15 – 21 with 20 to play.

On the 70th minute Wasps struck back. After a period of both sides trading possession and territory, Gopperth kicked for the corner from a penalty. The Wasps pack then set up a powerful maul for Thomas Young to score and Gopperth converted to make it 15 – 28.  Another try soon after, this time from Frank Halai, sealed the win for Wasps, with a full time score of 33-15.