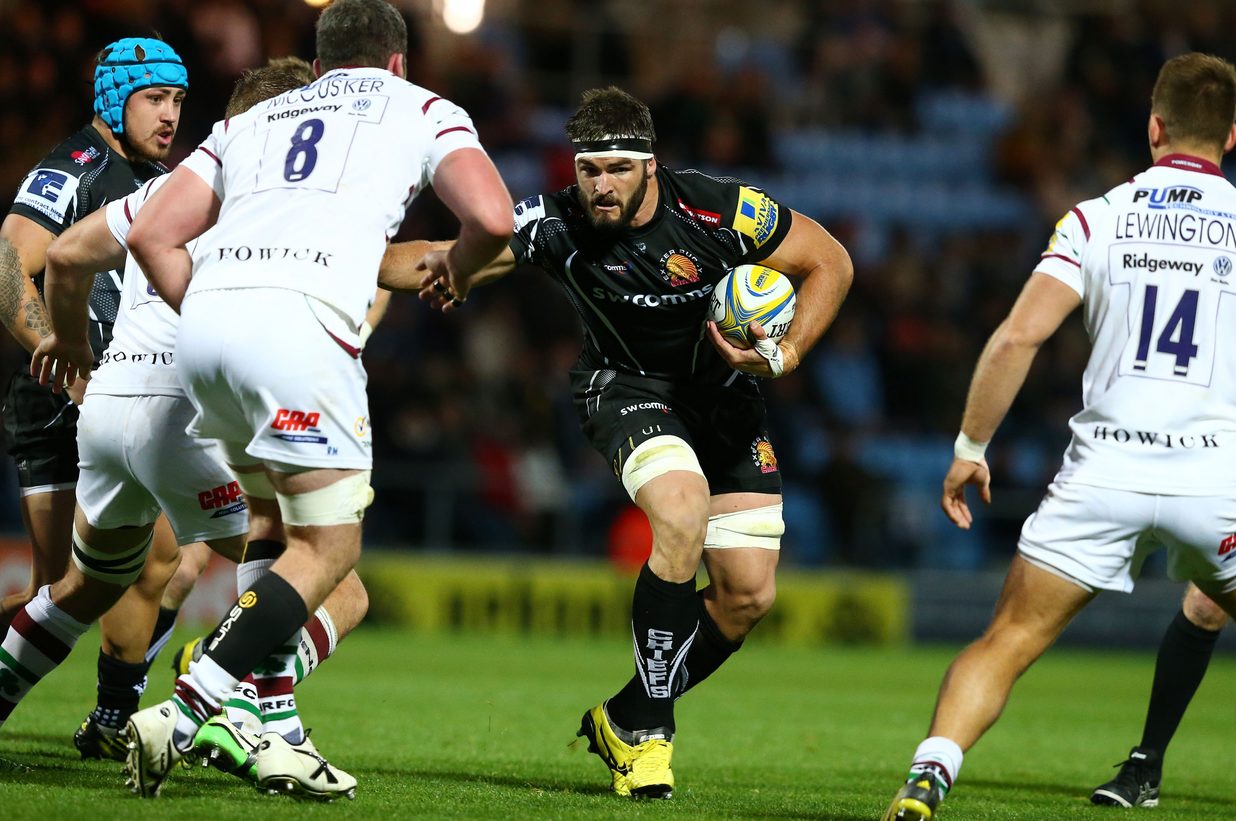 London Irish travelled to Sandy Park for their round two Aviva Premiership encounter versus Exeter Chiefs.

Tom Coventry made two changes to the side that lost out to Leicester last week, with Tom Smallbone and Aseli Tikoirotuma staring at loosehead prop and on the wing respectively. Blair Cowan and Sean Maitland were both named as replacements on their return form World Cup action with Scotland.

In a tough night for the Exiles, it was the hosts Exeter who ran out 38-11 winners. Despite the result, there were positives for London Irish especially with Sean Maitland and Aseli Tikoirotuma looking sharp on debut and a try on return for Blair Cowan.

After a cagey opening period from both sides, it was Exeter who struck first. After a well-worked lineout deep in Irish territory, fly half Gareth Steenson found some space on the short side and dived over. The Exeter playmaker was unable to convert leaving the score at 5 – 0.

Irish responded well to the try, after Exeter were awarded a scrum in their own 22 the Irish pack forced a penalty which Chris Noakes converted to close the gap to 5-3.

Exeter crossed for two quick fire tries just after the 20-minute mark. After camping out on the Irish line, with some resilient defence from the Exiles, it was eventually Don Armand who crashed over from short range, before a powerful maul a few minutes later saw Luke Cowan-Dickie get over the whitewash. Steenson Converted both to make it 19 – 3.

A second Noakes penalty cut the deficit for London Irish leaving a half-time score of 19-6.

Exeter started the second half strongly, former Exile James Short diving in at the corner after 42 minutes which, with Steenson’s conversion, made it 26 – 6.

As the half continued, Irish began to build some momentum. After a considerable period camped on the Exeter try line it looked as though the Exiles would cross. However, Jack Nowell won the aerial battle off a Noakes cross field kick. Tom Fowlie showed his pace to track back and catch the England winger but Nowell was able to get to his feet and dive over the line to make it 31 – 6.

Blair Cowan made an instant impact on his return for London Irish, the flanker crashing over for his sides first try off the back of a powerful rolling maul. And his countryman Sean Maitland also showed his class. The winger chased down a Chris Noakes chip through and was inches away from a try on debut but Nowell just did enough to prevent the try.

The closing period saw Irish play the better rugby of the two sides. New signings Maitland and Tikoirotuma looked bright, making ground and proving a handful for the Exeter defence. Tom Fowlie crossed with ten minutes to go but after a TMO referral the Exeter scramble defence had just done enough to force him into touch.

It was Exeter who had the final say of the game. In a stroke of miss-fortune for the Exiles, Shane Geraghty chipped over the top and Tikoirtouma slipped just as he was about to collect it leaving Nowell a free run in. Steenson added the extras to make the final score 38-11.

London Irish travel to Allianz Park next week to face Saracens before returning to the Madejski Stadium to face Bath on Saturday 7 November.