Irish hold on for win at St. Patrick's Party 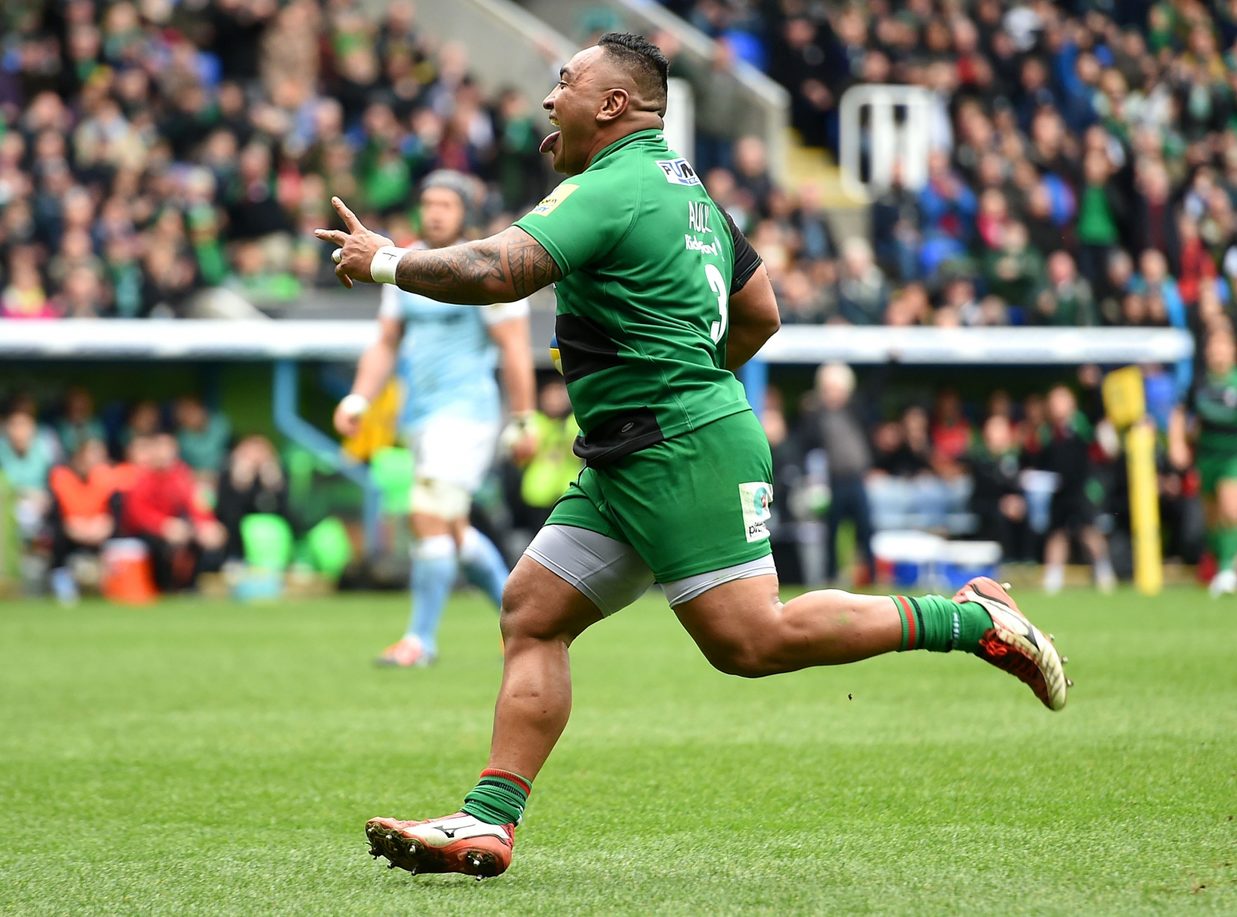 London Irish welcomed Newcastle Falcons to the Madejski Stadium on Saturday 28 March for their Aviva Premiership clash and the annual St. Patrick’s Party.

After two weeks of no games Glenn Delaney had just Ofisa Treviranus absent through injury, Conor Gilsenan coming onto the blind side flank in his place.

London Irish also welcomed back Blair Cowan from international duty and captain George Skivington who missed the game versus Harlequins through injury.

Irish looked to be in control of the game at half time, with three first half tries from Halani Aulika, Scott Steele and Andrew Fenby. But a second half surge from Newcastle, led by replacement Chris Harris, saw them close the gap to just one point with the Exiles edging it 22 – 21.

Irish started the game in a barnstorming fashion. After just three minutes Halani Aulika picked from the base of a ruck just inside the Falcons’ 22 and sprinted away under the posts and celebrated with the packed out South Stand for the first try of the game. Shane Geraghty converted to give Irish an early 7 – 0.

This fine start continued after 12 minutes. After winning a penalty on the Falcon’s five-metre line, captain George Skivington opted for the corner and after a strong drive Scott Steele caught the Falcons defence napping to dive in under the posts. Geraghty again converted to bring the score to 14 – 0.

Newcastle responded soon after with a penalty through the boot of fly half Tom Catterick who converted from in front of the posts to make it 14 – 3.

Irish were reduced to 14 men after 20 minutes. With Newcastle on the attack and piling the pressure on Irish, Geraghty was the man sent to the bin after conceding a penalty on the Irish five-metre line.

Irish returned to full strength having conceded no points in the sin bin period only for David Paice to be sent to the bin moments after Geraghty retuned to the field. Catterick knocked over the penalty to bring it to 14 – 6 with six to play in the first half.

Irish were over the Falcons line again with 40 seconds left in the half. Andrew Fenby crossing in the corner after good hands from the Irish backs, referee Greg Garner referred it to the TMO before awarding the try. Geraghty was unable to add the extras making the half time score 19 – 6.

Irish, still down to 14 men, started the second half on the defensive. The Falcons came out the blocks flying, building up the phases before eventually crashing over in the corner only for it to be disallowed for a forward pass as Paice returned to the field.

Catterick struck over another penalty 15 minutes into the half and a try from replacement Chris Harris further closed the Irish lead leaving it at 19 – 14 to set up a tense close to the game.

With five to go Falcons replacement Josh Furno was sent to the bin for a dangerous tackle with Jebb Sinclair following soon after due to the resulting fracas meaning both sides would finish the game with 14 men. Chris Noakes converted the penalty giving Irish a 22 – 14 lead.

Falcons struck back soon after. Chris Harris, this time with the assist, busting through the middle to set Adam Powell through and over the line. Catterick converted to make it 22 – 21 with 50 seconds on the clock but good Irish defence off the restart saw them force the error from Newcastle and end the game.

Next week Irish welcome Edinburgh to the Madejski for the European Challenge Cup quarter final on April 5.