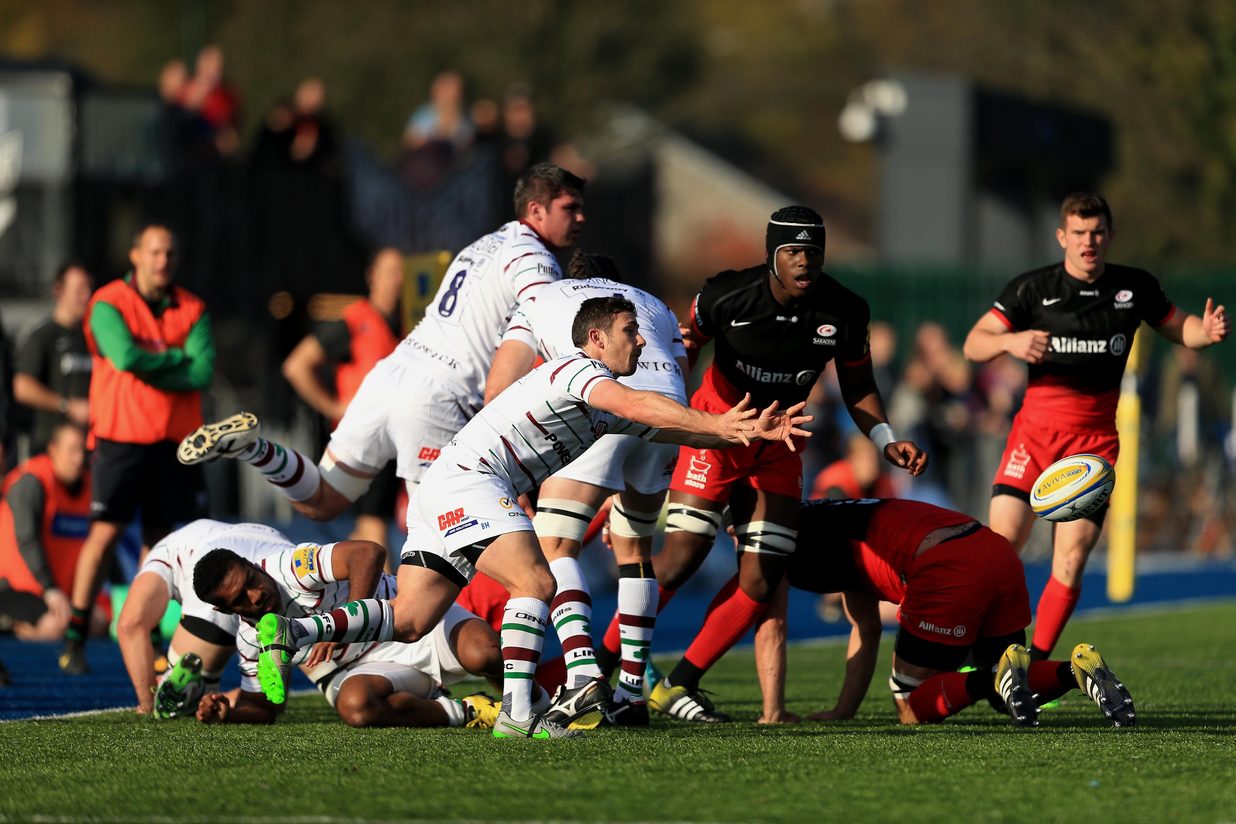 London Irish showed real desire and passion in their match against Saracens this afternoon despite being on the end of a 24-14 scoreline.

Tom Coventry's side defended with enthusiasm, were extremely robust and difficult to break down. Owen Farrell's penalty goals were ultimately the difference between the sides.

Aseli Tikoirotuma and Leo Halavatau crossed for the Irish tries with a conversion apiece from Noakes and Gergahty. Jackson Wray and Alex Goode tries for Saracens and 14 points off the boot of Farrell saw Saracens triumph.

Scotland internationals Blair Cowan and Sean Maitland both started the match after appearing as second half substitutes last weekend. It was Maitland's first start for the Club after coming back from Rugby World Cup duty with Scotland.

The first quarter belonged to the hosts, albeit didn't show on the scoreboard. The Exiles made a very bright start to the match marching their counterparts 30 yards up the pitch with a driving maul. It didn't eventuate into anything and the hosts took control.

Farrell put his side on the board with a penalty goal on 14 minutes after Mike Ellery had thought he had opened the scoring with a try. Brendan McKibbin did just enough defensively to force the winger into touch.

England fly-half Farrell uncharacteristically missed two further penalty goals which would have taken his sides lead out to 9-0. Nevertheless it remained 3-0 to Saracens and Irish, with their lack of possession, were still in the game.

The opening try of the game came completely against the run of play and it was expertly finished by the Exiles' Fijian winger Aseli Tikoirotuma. The forwards made the hard yards into Saracens territory and allowed Tikoirotuma to come off his wing and pick a line off McKibbin around the breakdown to sprint through and hold off two defenders to score. Chris Noakes added the extras to make it 3-7.

Saracens had sustained periods of possession and territory leading into half-time but were unable to capitalise. Ferocious, but disciplined, Exiles' defence shut out any opportunities for the hosts and it remained 3-7 to London Irish at half-time.

Irish were under intense pressure early into the second half, but that defensive work that served the players so well in the first half continued into the second half. Owen Farrell was however able to make it a one point game with a second penalty goal, 6-7.

Jackson Wray scored for Saracens on 51 minutes from a driving maul. Minutes earlier Irish lost Tikoirotuma to the sin bin for a high tackle and the hosts took full advantage with their one man advantage to take an 11-7 lead.

Alex Goode scored Saracens second try on 61 minutes exploiting the one man overlap with Tikoirotuma in the sin bin. Farrell's conversion made it 18-7.

Irish front row substitute Leo Halavatau made an immediate impact with a try from a well worked driving maul. Shane Geraghty, who had earlier replaced Chris Noakes, added the conversion and suddenly Irish were back in the game at 18-14.

Owen Farrell found his goal kicking boots towards the end of the match with two penalties to take Irish out of bonus point range. Shane Geraghty had a long distance penalty on 78 minutes to salvage a bonus point but his effort drifted narrowly wide. Saracens held on for a 24-14 victory.

The Exiles entertain Bath at Madejski stadium next Saturday 7th November in round four of the Aviva Premiership.