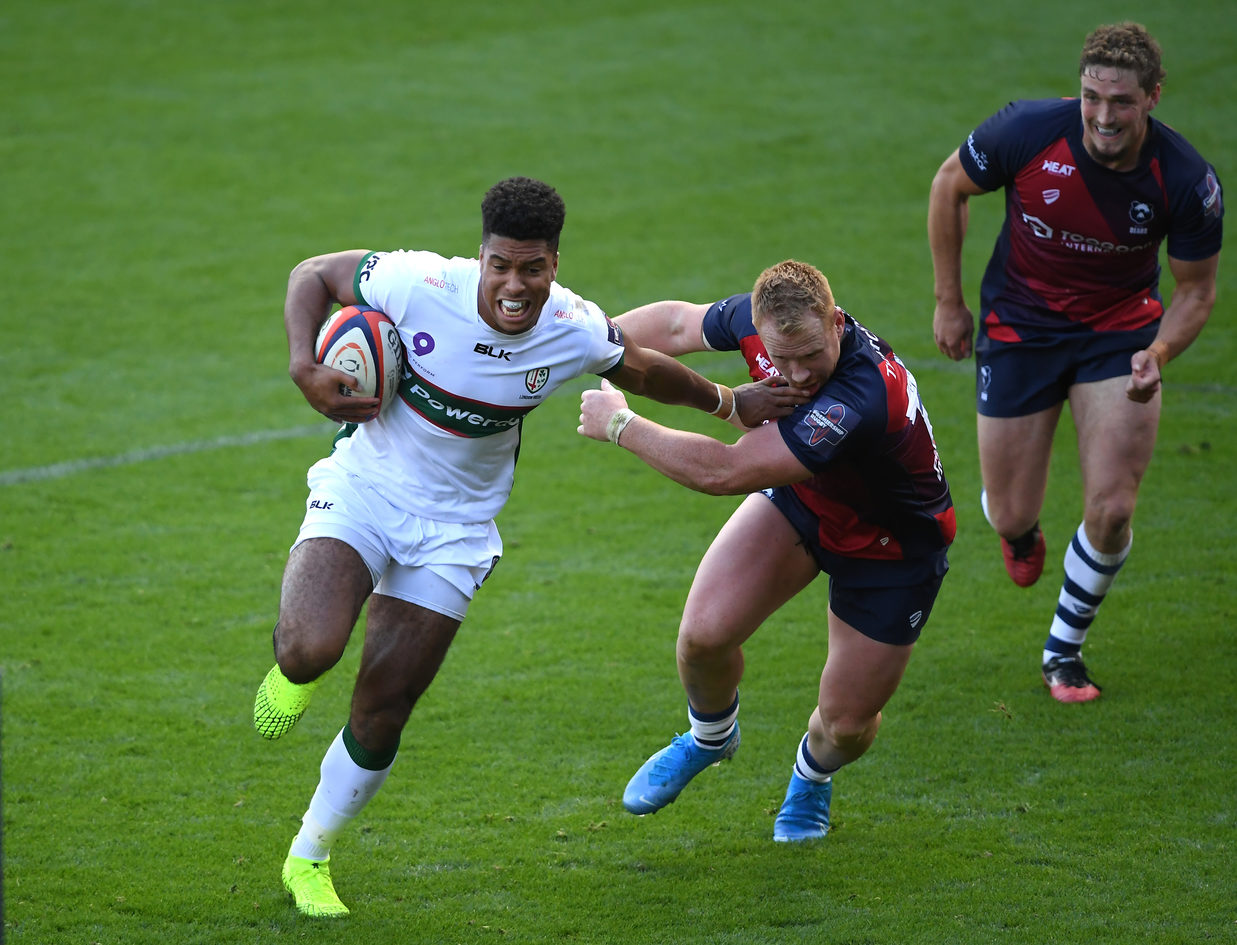 London Irish crossed for a late try to earn a deserved bonus-point as Bristol Bears secured a 44-27 victory.

The scoreline wasn’t a true reflection of how close a match this was, however, a late brace of tries for Bristol’s Mat Protheroe put paid to any late Exiles comeback, having been only five points adrift with less than a quarter of the game to go thanks to two tries from Ben Loader.

Irish started the contest well and took the lead after only two minutes of play. The Bears opted to run the ball from their own 22 and, as a result, Irish were able to force the knock on, and when a Bristol player regathered from an offside position, the Exiles were awarded the penalty which Stephen Myler knocked over to give his side the early advantage.

Tiff Eden levelled the scores after 13 minutes with a penalty goal from 35 metres after referee Mike Hudson penalised the Exiles for playing the ball on the floor.

Caolan Englefield crossed for his first London Irish try eight minutes later and it was made and finished in the London Irish Academy. Ollie Hassell-Collins chipped ahead and regathered ahead of Bristol full-back Mat Protheroe inside the host’s 22. Englefield passed to Theo Brophy Clews and the inside centre carried to within five metres of the line before offloading out of the tackle to the supporting Englefield to score in the corner.

Leading 8-3 and in the ascendancy, the Exiles then lost Ruan Botha to the sin bin and, with the one man advantage the Bears took full advantage crossing with two tries in two minutes.

Firstly, Harry Thacker went over from a well worked line-out play to dive in at the corner and then Nathan Hughes crossed for his first try in a Bristol shirt, following a great break from Protheroe. Eden converted both to give Bristol a 17-8 lead.

Irish finished the half well and both Isaac Curtis-Harris and Brendan Macken ran hard lines to contribute to that. There were no scores however, and it remained 17-8 at half-time.

Bristol scrum half Andy Uren crossed for his side’s third try three minutes into the second half as he dived in under the posts. Eden continued his 100% record to make it 24-8.

Eden kicked his second penalty goal of the afternoon after 52 minutes before Irish clawed their way back into the contest. Ben Loader cut back inside to power his way over from five metres out. Myler’s conversion cut the deficit to 27-15.

With 15 minutes remaining Irish had their tails up and continued to pressure the Bears line. Following the collapse of the driving maul and a penalty advantage, Ben Loader took a short pass off of Scott Steele to scythe his way over. Myler’s conversion made it a five point game at 27-22.

Bristol finished the stronger and following another Eden penalty, Protheroe crossed for a brace of tries, the second of which was a brilliant individual effort to make it Bristol Bears 44 London Irish 22 moving into the closing stages.

Credit to London Irish as they battled to the end and were rewarded with a bonus point try, Jack Cooke dotted down following a break from Matt Williams.

The Exiles welcome Sale Sharks to Madejski Stadium next Saturday in the final round of Premiership Rugby Cup.