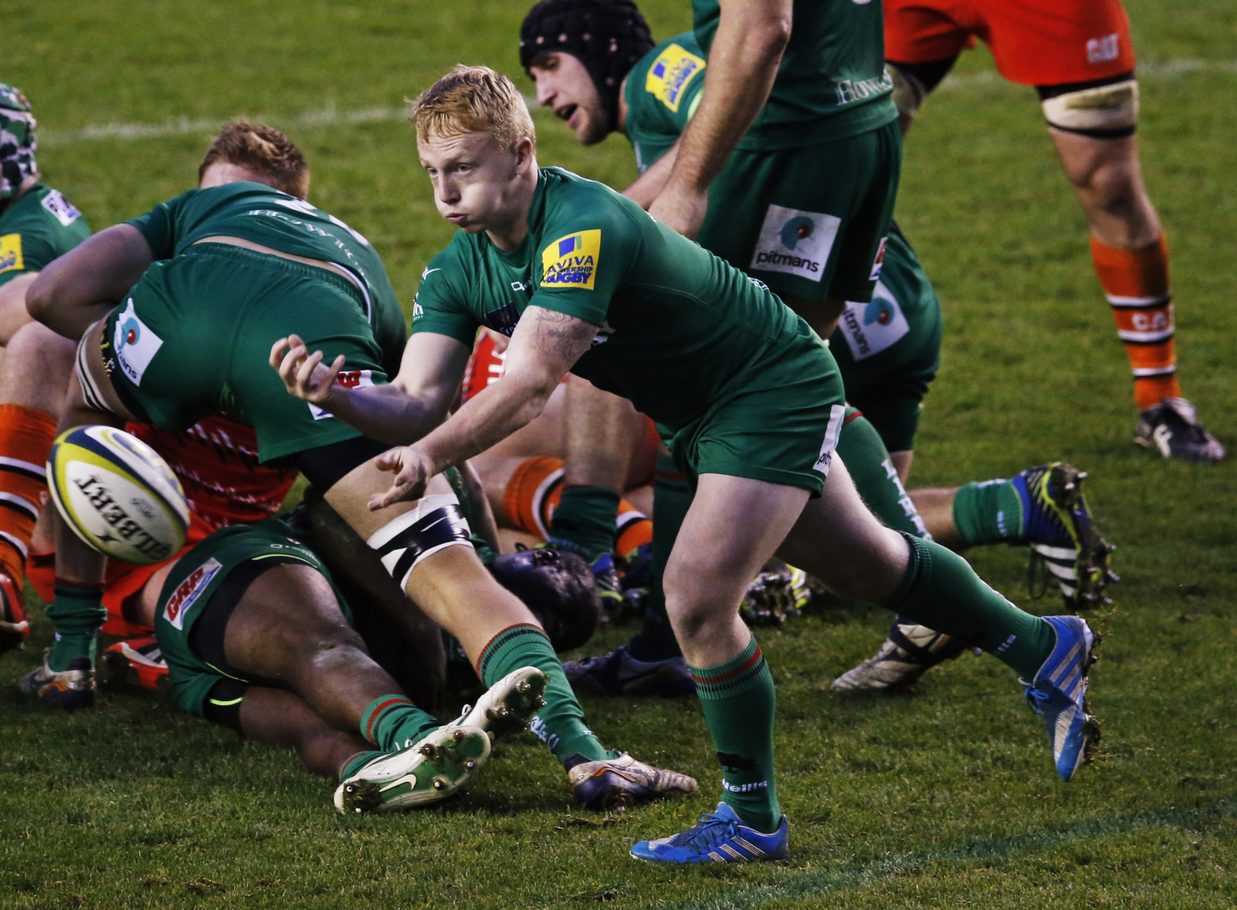 London Irish opened their LV=Cup campaign with defeat at Madejski Stadium this afternoon against Leicester Tigers after dominating possession and territory for large parts of the contest.

Leicester prevailed 16-17 outscoring Irish by two tries to one in a free flowing match played out in front of over 5,000 spectators in Reading.

Tommy Bell booted seven points from the boot and Miles Benjamin and Roberto Barbieri crossed for tries. in reply Myles Dorrian kicked 11 points to add to Guy Armitage's late try that give the Exiles hope of victory.

London Irish Director of Rugby, Brian Smith picked a side with a good blend of youth and experience as did the visitors who named a side with a similar mixture of experience and Academy talent. There were six senior Academy players in the squad for London Irish with Cameron Cowell making his debut in the starting line up on the wing.

The visitors took an early lead through the boot of Tommy bell after only two minutes as referee, Steve Lee, penalised London Irish for an infringement at the breakdown.

Straight after conceding the three points the Exiles onslaught began and it all started with an injection of pace from debutant Cameron Cowell to settle any early nerves he may of had.

Sustained pressure in the Tigers 22 led to a string of penalties and a yellow card for Adam Thompstone. Topsy Ojo, captain for the day, opted for the kick to the corner rather than a shot at goal but were denied on each ocassion by resilient Leicester defence. A lack of composure at crucial times costing the Exiles.

Quick thinking from Darren Allinson almost led to the opening score of the match but his grubber kick to the corner just ran into touch before Guy Armitage could gather.

After all the territory and possession London irish had enjoyed it came to a surprise to all those in attendance when Leicester crossed for the first try of the game. It came about after a great break from Oli Bryant on half way before passing inside to Miles Benjamin who ran in unopposed. The score came completely against the run of play but with Tommy Bell's successful conversion the Tigers found themselves in front at 0-10.

Myles Dorrian replied with Exiles' first points of the match with a penalty on 32 minutes and that is how it remained until half time.

The early stages of the second stanza saw much of the same Irish domince and valiant Tigers defence. Tom Bristow was the second Tiger to be sent to the sin bin and in his absence Myles Dorrian kicked two penalties to reduce the arrears to 9-10.

The match really started to open up around the 60 minute mark as both sides looked to play from deep. This tempo played into the hands of the Tigers and with just over 10 minutes remaining Italian flanker, Roberto Barbieri pounced on a lose ball around the breakdown to streak away for a try from 30 metres out. Tommy Bell added the extras to stretch the Leicester lead to 9-17.

The spirited Exiles kept playing and got their reward four minutes from the end. Connor Murphy came on at scrum half and forced the pace with two quick phases before Guy Armitage cut a line off the Academy scrum half to score to the right of the posts. Dorrian added the extras to make it a one point game at 16-17 with three minutes left to set up a tense finale.

Credit to Irish as they looked to claim the win by running the ball from well inside their own 22, however Leicester's defence were able to suffocate Irish and won the turnover that ended the contest.

Irish Forwards coach, Glenn Delaney said: "It was pleasing to see all five Academy players get a piece of the action this afternoon. The exposure they got today will hold them in good stead as we progress through the season. Inaccuracies cost us, we had plenty of territory and possession but were not clinical when chances came our way. Leicester took their opportunities so credit to them. It could have gone either way and unfortunately today we were on the wrong side of it."

London Irish travel to Adams Park next Sunday for round two of the LV=Cup where they will take on Wasps in Wycombe for the last time before their move to Coventry.