Irish denied as Ealing hold on for Championship Cup win 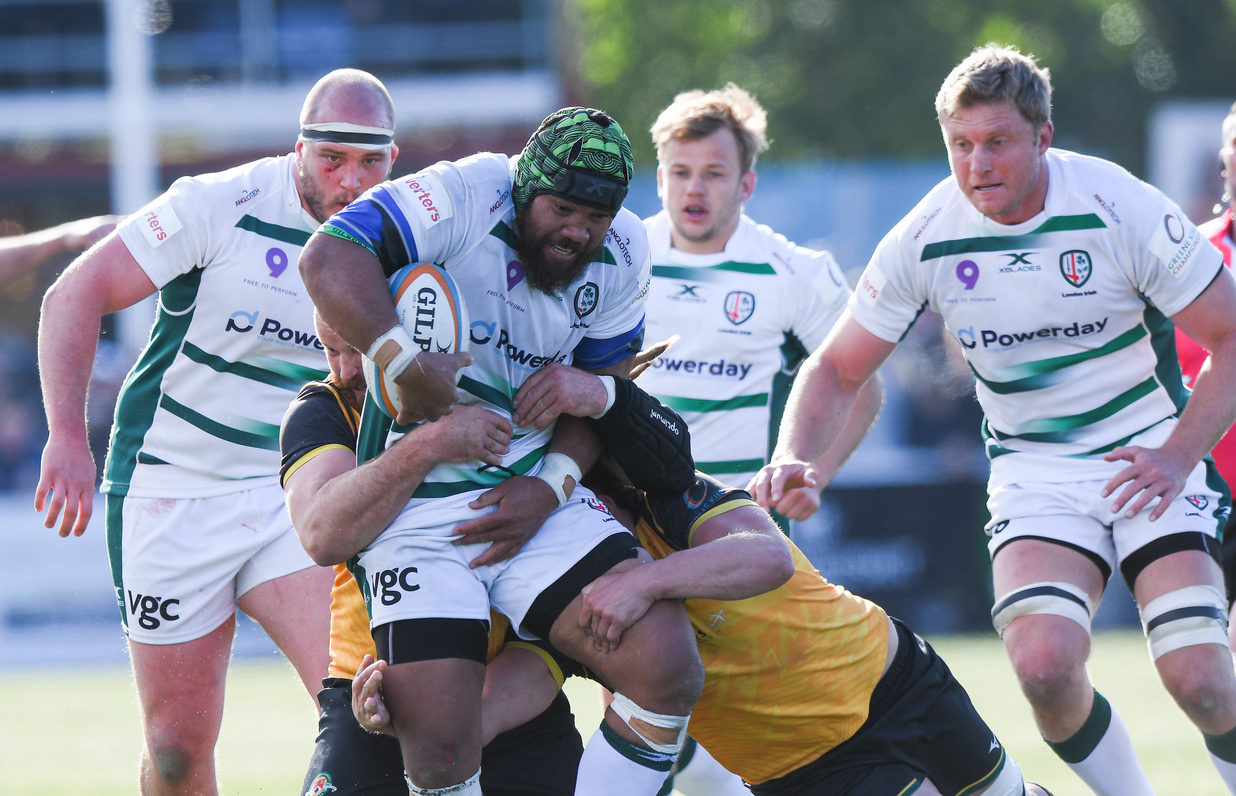 Ealing Trailfinders were the victors by six points against London Irish in a closely fought contest at Trailfinders Sports Club.

The hosts crossed for three tries to the Exiles two scores to complete a 23-17 win, denying Declan Kidney’s side the chance of winning the double.

After a frenetic start, which saw the hosts have a lot of position, Ealing crossed for the first try of the match after 13 minutes. Craig Willis kicked to the corner to give his side an attacking line-out five metres from the Irish line, following an earlier Exiles infringement. After the Ealing forwards carried close to the Irish line, Willis threw a perfectly weighted pass to allow Seb Stegmann an easy run in.

Five minutes later and Willis was again the instigator offloading beautifully to the supporting Jordan Burns who showed his pace to sprint towards the Exiles line. Only last-ditch scramble defence from Fergus Mulchrone and Luke McLean saved Irish on this occasion.

There was, however, no stopping Will Harries dotting down for his sides second shortly after. Willis with a second try assist of the game but this time a well weighted kick which was pounced on by Harries. The conversion was missed but nevertheless Ealing held a 10-0 advantage as the game edged towards half time.

The Exiles reduced the arrears thanks to some individual brilliance from Ben Loader. The ball was loose in midfield and Loader was the first to react, beating Jordy Reid to accelerate away, stepping the full-back to score under the posts. Myler added the extras to make it 10-7.

Willis and Myler traded penalties before Irish almost took the lead through a Scott Steele quick tap. However, following the TMO review the ball was judged to have been held up. Ealing led 13-10 at the break.

The second half started in a very similar vain to the first with Ealing having a lot of possession building into the Irish half. They showed great composure to work the opening for David Johnston to go over. Willis landed his first conversion of the day to stretch his side’s lead out to 20-10.

Another Willis penalty goal extended the Ealing lead as the game entered the final quarter.

Irish needed a response as they duly received it. Terrence Hepetema was not to be denied from a powerful carry following his quick tap five metres out. Stephen Myler’s conversion made it 23-17 with nine minutes left.

The Exiles had one last opportunity when referee Greg MacDonald awarded the side a penalty kick on half way. Myler booted a huge kick deep into the corner to give his side the line-out five metres out. Ealing won the resulting throw in and held on for the victory 23-17.