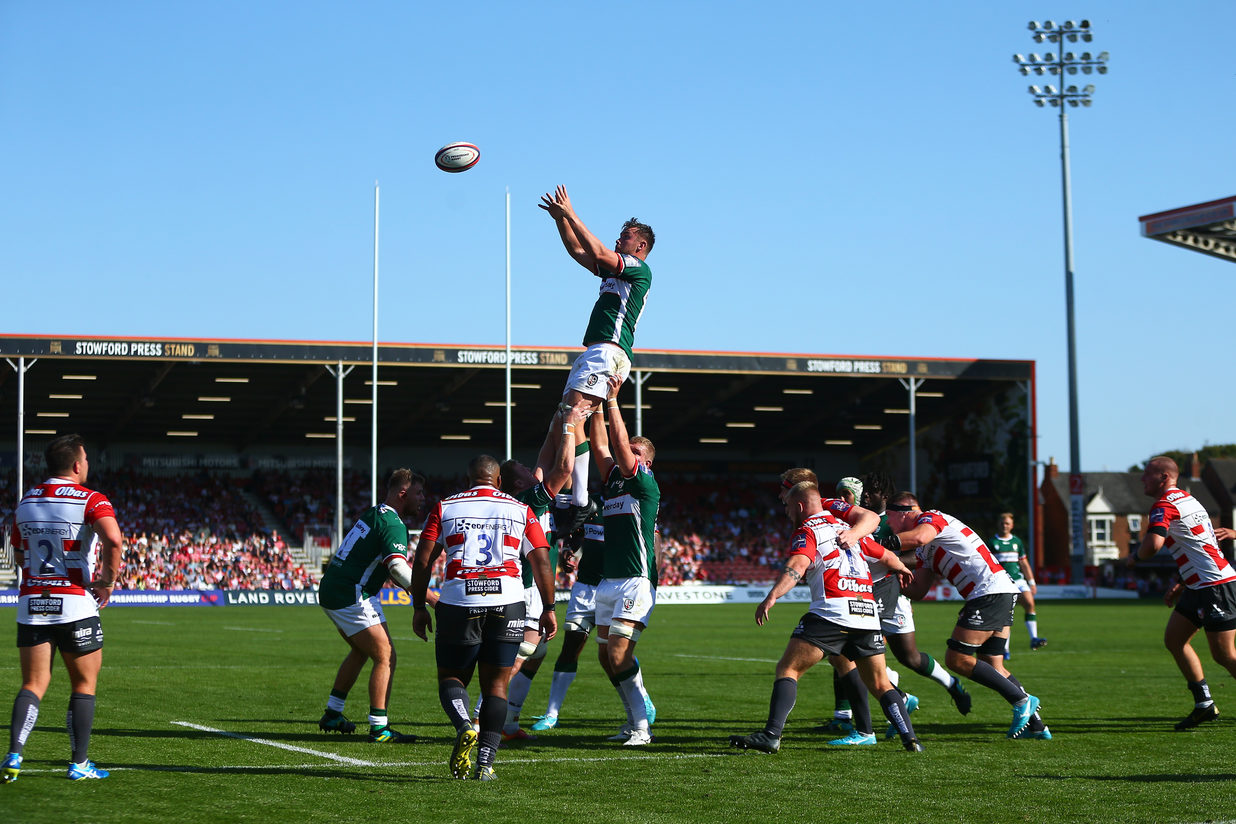 Scott Steele crossed for a hat-trick of tries, the second time he has done so for the club, to go with a brace for Ross McMillan and a try apiece for George Nott and Conor Gilsenan.

The first half was a hardly fought contest, with both sides showing great attacking intent.

Lloyd Evans gave the hosts the lead after five minutes of play, knocking over a straightforward penalty after Irish had gifted the cherry and white’s possession by fumbling the re-start.

Stephen Myler levelled the score with a penalty of his own nine minutes ahead of the opening try of the match. Another Irish error gave David Humphreys side a five-metre scrum and a play straight off the training ground saw Jacob Morris score in the corner.

London Irish responded emphatically with three tries to take the lead. Ross McMillan was first over following a well worked driving maul, before Albert Tuisue gathered the Gloucester re-start to go flying through the hosts defence. The Fijian’s offload found supporting the George Nott who crossed for his first try for the club on debut.

Ross McMillan crossed for his second score eight minutes from the break with Myler converting to make it 8-22 going into half time.

A loose ball in the Gloucester 22 was latched onto by the hosts and when the ball found its way to Aaron Hinkley, the Gloucester flanker ran in from 60 metres to send the Shed into raptures. Lloyd Evans reduced the deficit to 15-22 which is how it remained until the break.

Lloyd Evans intercepted the ball to run in under the Exiles posts and converted to level the scores at 22 all two minutes after the re-start.

Paddy Jackson, on as a replacement for Stephen Myler, kicked his first points in a London Irish shirt from 35 metres out to extend the lead to 22-32.

Scott Steele had his second try moments later, collecting the ball early from the driving maul to dart over the line. His second and the club’s fifth try made it 22-39 with 18 minutes to play.

Conor Gilsenan was rewarded with a try for his tiresome efforts thanks largely to a brilliant arching run from Ben Loader. The winger out paced two defenders before passing inside to Gilsenan to dive over. Jackson added the conversion to stretch the lead out further to 22-44.

Louis Rees-Zammit crossed for a consolation try with four minutes left and Irish down a man with Danny Hobbs-Awoyemi in the sin bin, with Scott Steele crossing for his hatrick try just before the final whistle to make the final score 29-49.

London Irish welcome Harlequins to Madejski Stadium next Saturday for round two of the Premiership Rugby Cup. Click here for tickets!