Irish confirm side for London derby 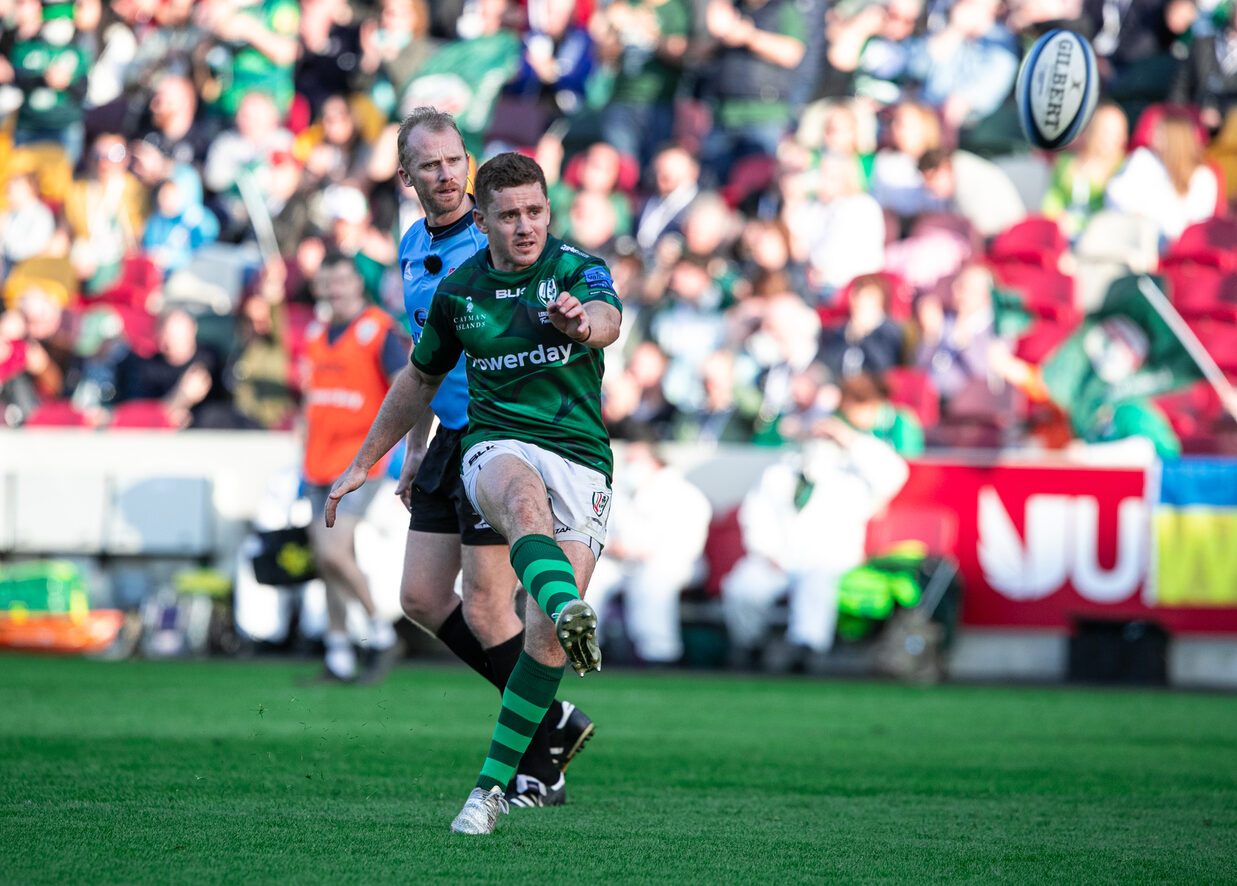 London Irish has named the squad that will welcome Harlequins to the Brentford Community Stadium on Sunday for Round 22 of the Gallagher Premiership (3pm kick-off).

Will Goodrick-Clarke, Agustin Creevy and Ollie Hoskins are the front row trio, with captain Matt Rogerson and Adam Coleman in the second row.

Tom Pearson starts in the six jersey and is joined in the back row by Juan Martin Gonzalez and Albert Tuisue.

Nick Phipps and Paddy Jackson are confirmed as the halfbacks, as Benhard van Rensburg and Curtis Rona combine in the centres.

Ollie Hassell-Collins, Lucio Cinti and Tom Parton link up to form the back three.

“Playing against Harlequins is always an exciting prospect because of how close the clubs are geographically,” said Declan Kidney, Director of Rugby.

“Last weekend, we had a fantastic crowd in attendance, and I believe that is the case for this weekend again. It’s brilliant to see the numbers growing and it is now up to us to put our best foot forward and give them something to cheer about.

“It has all the makings for a great game of rugby.”