Irish come up short against Tigers at Madejski Stadium 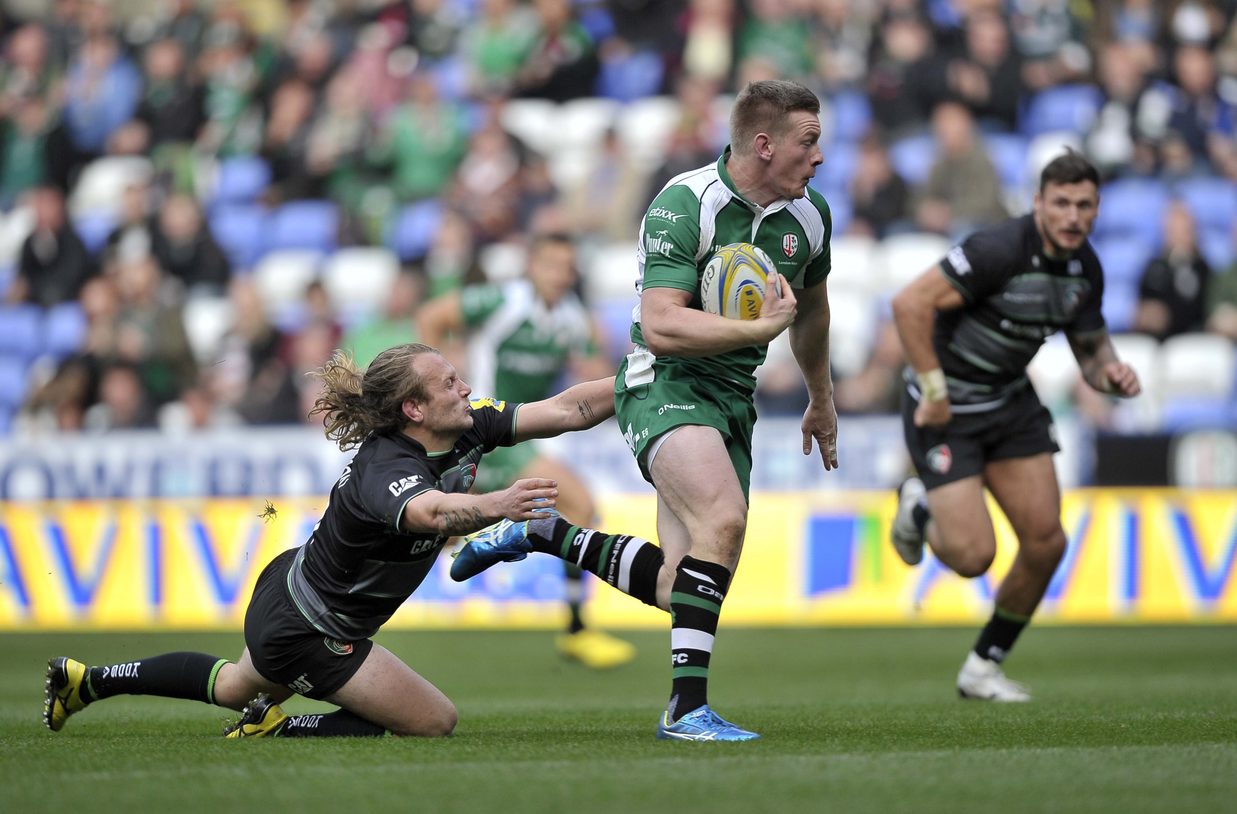 London Irish went down 16-28  to Leicester Tigers in their Aviva Premiership opener at Madejski Stadium this afternoon.

Irish, under the guidance of Tom Coventry for the first time in the Premiership, showed plenty of promise up front, however handling errors in attack at crucial times let the visitors off the hook.

Jebb Sinclair crossed for the Exiles try to go with the 11 points off the boot of Chris Noakes. Tommy Bell booted 23 points for the Tigers in addition to a Peter Betham try.

Halani Aulika and Jebb Sinclair both started the match after finishing their Rugby World Cup campaigns with Tonga and Canada respectively. Rob McCusker, Brendan Mckibbin and Matt Symons all made their London Irish debuts.

Leicester took an early lead with a Tommy Bell penalty after two minutes of play, Irish were penalised for not rolling away at the breakdown.

Irish responded well to going behind and enjoyed a period of possession which saw Topsy Ojo break through the visitors defence. The Exiles good work earned a penalty opportunity, however Chris Noakes was unable to add the three points.

The Tigers scored the opening try of the match against the run of play. Australian Peter Betham, making his competitive Tigers debut, picked off a Chris Noakes pass and ran in from 50 metres to score under the posts. Tommy Bell added the extras to give the visitors at 10-0 lead after 10 minutes of play.

Things got worse for the Exiles when Topsy Ojo was sent to the sin bin for a high challenge on Laurence Pearce from the restart. This seemed to galvanise the team and shortly after Ojo was dismissed Jebb Sinclair bundled over for a try. The score came off of a well executed driving line-out and, after consulting with the TMO, referee Matt Carley awarded the score. Noakes conversion cut the Tigers lead to three points at 10-13.

Bell kicked his third penalty to edge Tigers 10-16 ahead after which Irish enjoyed a further spell of possession and territory. Ojo and Jebb Sinclair almost combined for a score but former Exile, Adam Thompstone, defended well to shut the big Canadian out.

Irish thought they had a score moments before half time but it was ruled out. The Exiles still had the penalty advantage and Noakes stepped up to reduce the arrears to 13-16. Irish ill discipline then let them down in the closing minutes of the half and allowed Bell to kick a further penalty goal to make the half time score 13-19.

Chris Noakes kicked his third penalty on 46 minutes to cut the Tigers lead to three points early into the second half. Eoin Griffin made a brilliant line break shortly after and almost scored, however he was adjudged to be held up over the line. It was a great display of power running from the Irishman.

The Tigers were converting territory into points and again created a six point lead with the exemplary kicking display of Tommy Bell to make it 22-16 with 20 minutes left.

Irish started to chase the game and offload when perhaps it wasn't on. It was to their detriment as Leicester forced the mistake and turned the ball over. Tommy Bell added two further penalty goals to give Leicester victory 16-28.