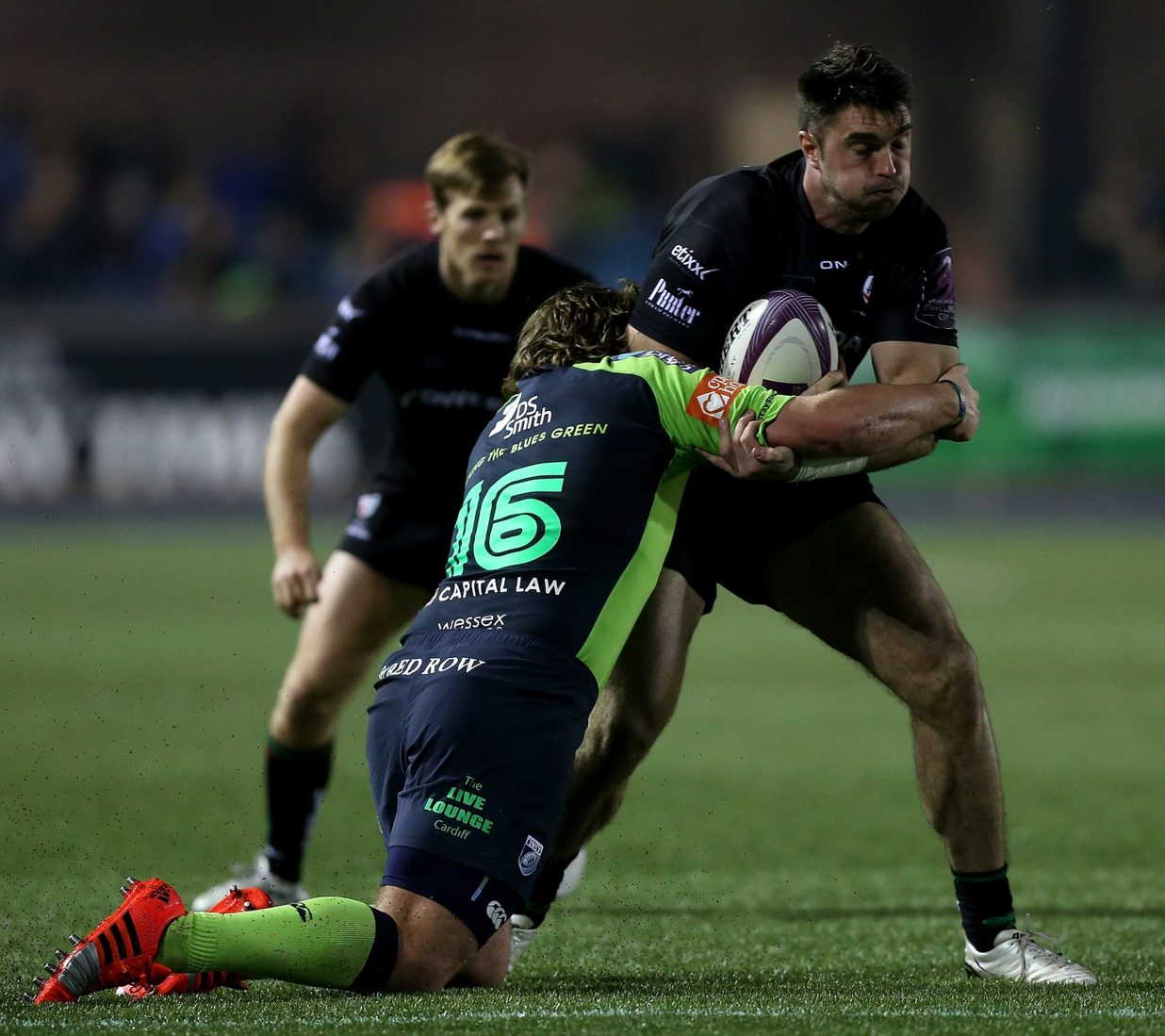 London Irish travelled to the BT Sport Cardiff Arms Park in the shadow of the Millennium stadium to face Cardiff Blues in the European Challenge Cup on Saturday 6 December.

Both sides came into the game of the back of a poor runs of form in their respective domestic leagues, Cardiff having one one of their last eight games in the Pro 12 and the Exiles having lost five on the bounce in the Aviva Premiership.

In Europe, however, London Irish had favoured much better. Coming into the game they sat at the top of the pool having already chalked up wins against both Rovigo Delta and Grenoble. Cardiff, also with two wins from two in Europe sat just below The Exiles and this game was the first of a double header on back-to-back weeks to determine the fate of the pool.

Irish welcomed Andrew Fenby and Topsy Ojo back into the starting line up for this game and with skipper George Skivington unable to shake off a niggling injury Shane Geraghty was given the captaincy.

In a game where both sides kickers had off days with the boot they each resorted to fast, running rugby which created a great spectacle for the 5,400 at Cardiff Arms Park which the hosts came out on top of, winning 24 – 14.

Irish were first off the mark thanks to a rare Geoff Cross try, chasing down a conversion to score under the posts. Cardiff struck back soon after as winger Richard Smith crashed over in the corner.

In the second half, tries from Lloyd Williams and Kristian Dacey and a Gareth Anscombe penalty saw Cardiff carve out a healthy lead. A last minute penalty try from the Irish pack salvaged some pride for Irish but they left Cardiff with no points.

Irish had the first chance at points just two minutes into the game. A strong break from Andrew Fenby following a Topsy Ojo intercept put Cardiff under pressure and they were forced to concede a penalty at the breakdown. Geraghty opted for the posts but couldn’t take the lead but Irish looked to be starting brightly on the 4G pitch.

Irish did claim the first points after nine minutes. Geoff Cross charged down the clearance of Gareth Anscombe and the tight head gathered to sprint away from twenty meters out to dive under the posts. Geraghty added the extras to give Irish a 0 – 7 lead.

Cardiff responded immediately. Anscombe chipped through the Irish defence and Richard Smith gathered and stepped past two Irish defenders to crash over in the corner, Anscombe converted to bring it to 7 – 7.

After 20 minutes Cardiff were reduced to 14 men as their captain Matthew Rees was sent to the sin bin after killing the ball on his own five metre line. Geraghty opted to go for the posts but again was unable to convert.

Minutes later Anscombe had a chance to take the lead for Cardiff as Irish were penalised at the maul but he too was unable to make the most of the opportunity.

The half continued in an entertaining fashion as both sides looked to run the ball from all areas of the pitch. In the last play of the half Anscombe had a chance to break the deadlock but drew his penalty attempt wide and as the teams headed down the tunnel the score stood at 7 – 7.

Cardiff claimed the first points of the second half. With Jebb Sinclair sent to the bin for Irish, Anscombe went for the posts to grab the lead. After missing his last two attempts this time the fly-half slotted the penalty to break the deadlock and make the scores 10 – 7 after 47 minutes.

Minutes later it seemed Cardiff had extended their lead with their second try of the game. After Irish were found off side Anscombe kicked for touch and the Blues pack set up a powerful driving maul to cross the line but after a TMO review referee Alexandre Ruiz deemed it to be no try, much to the dissatisfaction of the home support.

Cardiff continued to hammer at the Irish line, coming close three times but Irish dug deep and after a huge defensive effort won a penalty on a Cardiff scrum five meters from the Irish line and Noakes gladly cleared his lines.

Irish soon came close themselves, Shane Geraghty providing a short pas for Jebb Sinclair to bust through the midfield before being dragged down ten meters short. Cardiff worked hard and won the turnover for Anscombe to clear.

After both sides came close it was Cardiff who crossed for the first try of the half on 64 minutes.  Cardiff broke from half way and despite some superb cover defence from Geraghty they got the offload out for Lloyd Williams to sneak in at the corner. Anscombe coveted to make it 17 – 7.

Cardiff crossed again with five minutes left on the clock. Again the Welsh outfit camped out on the Irish five meter line and after several attempts it was replacement Kristian Dacey who crashed his way over from short range and with the Anscombe conversion the score came to 24 – 7.

Irish had the last say in the game. In the final plays Irish mauled their way over but were held up. A huge effort from the resulting scrum saw Irish win a penalty try and as Shane Geraghty converted the final whistle went with a final score of 24 – 14.

This result means it is still all to play for next week as Irish welcome Cardiff to the Madejski on Saturday 13 December.