Irish claim first win of the season away at Newcastle 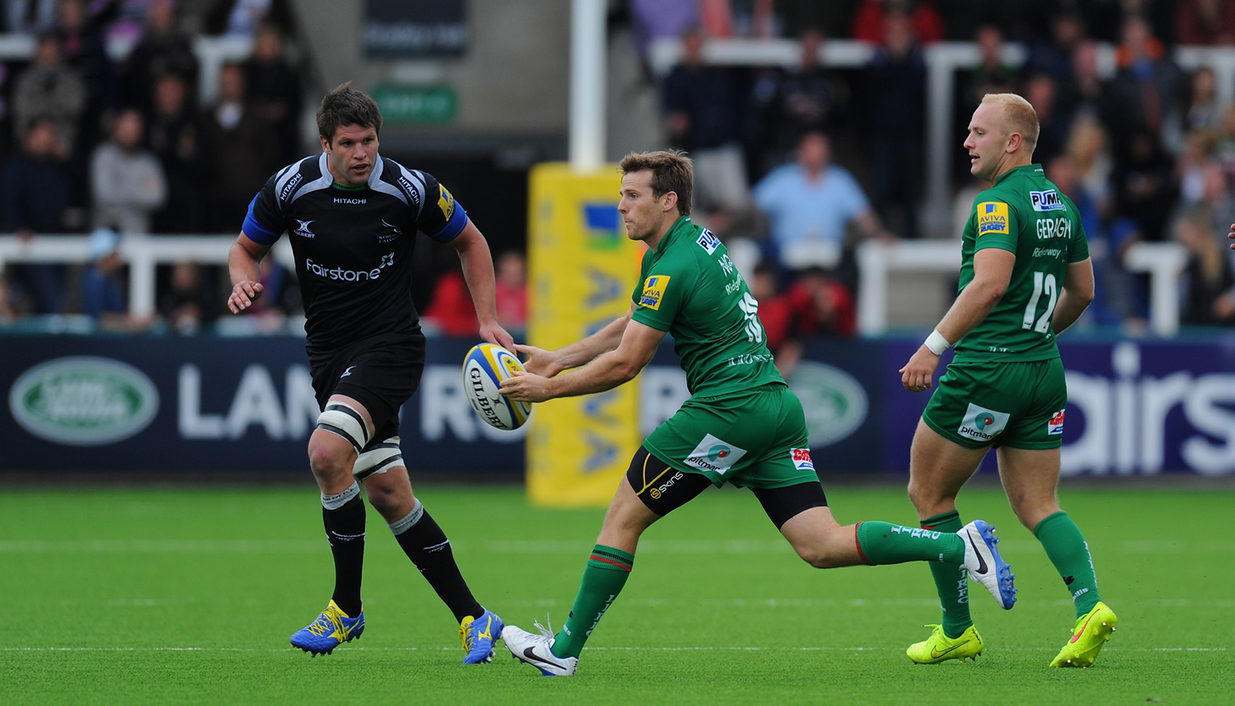 London Irish showed plenty of desire and determination this afternoon to claim a hard fought 20-18 win against Newcastle Falcons at Kingston park.

Second half tries from Fergus Mulchrone and Andrew Fenby and 10 points off of the boot of the outstanding Shane Geraghty were enough for the four points. Newcastle scored three tries of their own and could have won the match had inside centre Pablo Socino had his kicking radar working. The Argentine only managed one kick from seven attempts, Geraghty on the other hand only missed once.

Brian Smith decided to go with two ball players in the midfield with Chris Noakes getting his first start at 10 and Geraghty slotting into the midfield alongside Fergus Mulchrone. Andrew Fenby and Alex Lewington came into the back three in the only changes from last weekend's match at Twickenham. ​

The first half was very stop start affair with errors from both sides halting any momentum in attack. The Exiles were dominant at scrum time and got their just rewards with Andrew Small awarding penalties in their favour.

The Falcons were first to register points after only 11 minutes with Josh Furno, who proved to be a handful all afternoon, going over after Irish failed to disrupt and stop a driving maul. Furno peeled away and was bundled over by his back rowers.

Irish composed themselves and came back into the contest well. Shane Geraghty continued his solid kicking display from Twickenham last week with two well struck penalties to ensure his side went into the break with a narrow lead.

It was important Brian Smith's side started the second half strongly and they did just that with a well worked try five minutes after the re-start. Scott Steele orchestrated play well down the lefthand flank and once his side were on the front foot he passed to his outside backs. shane Geraghty passed a short ball to Andrew Fenby who went through the hole before drawing the fullback and allowing Fergus Mulchrone a simple run in. Geraghty's conversion put daylight between the sides for the first time in the match.

Poor discipline allowed the Falcons away back. Tom Court was sent to the sin bin and the Newcastle pack took full advantage with their second try and another off of a driving maul. This time it was replacement tight head prop Scott Wilson coming up with the five pointer.

At 13-10 the and 25 minutes remaining the match was still there for the taking for both teams. the next score was crucial and it came the way of Irish. Tomås O'Leary, on at scrum half, created the opening for Ofisa Treviranus to power through the host defence, he offloaded to Blair Cowan who passed inside to Fenby who sprinted over for the try. Geraght'y conversion made it 20-10 with just under 20 minutes left.

Socino cut the lead to seven with his only success from the tee and when winger Sinoti sinoti scored with two minutes remaining Socino had a kick from the touchline to level the match. His attempt hit the post and Irish held on for the win.

Irish welcome Saracens to the Madejski Stadium next weekend for round three of the Aviva Premiership.