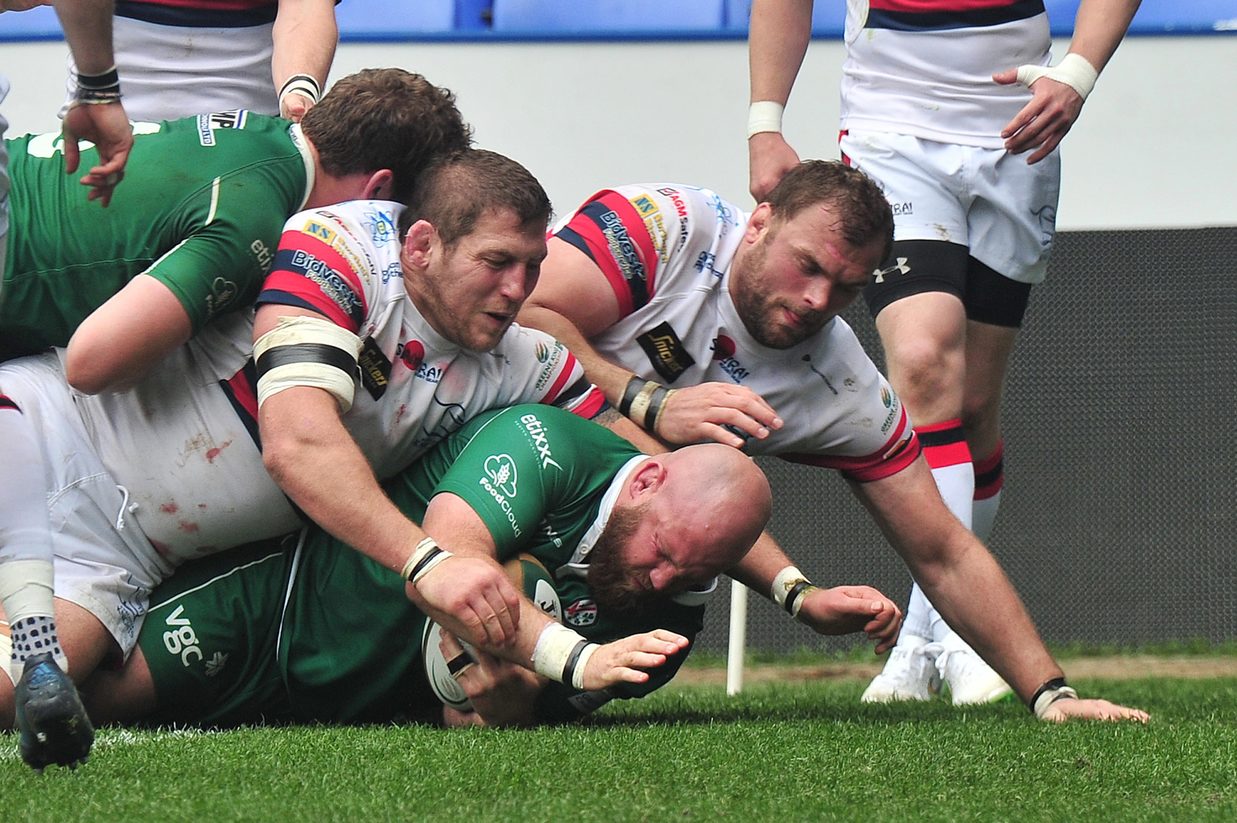 Winning today’s second leg 39-22, the five-try attacking display was just the tonic for Nick Kennedy’s men as they gear-up for the first leg of the final at Headingley Carnegie on Wednesday 17 May, before returning to the Madejski Stadium on Wednesday 24 May where their destiny will be confirmed.

Tries from David Paice, Alex Lewington, Ben Franks, Dave Porecki and Scott Steele were enough to overpower a Doncaster side, whose recent resurgence under boss Clive Griffiths has been one of the good news stories to come out of the Championship since their promotion to the second tier in 2014.

Last season’s runners-up made Irish work relentlessly for the second leg victory, with the visitors dotting down three times during a frantic 80 minutes.

Exiles’ hooker Paice got the scoring underway, the skipper adding to his brace from the first leg to enhance the hosts’ advantage 10 minutes into the contest. Tommy Bell converted to make it 7-0 on the day and 42-3 on aggregate. However, Doncaster hit back immediately through flanker Jack Ram, who bundled his way over from close range to give the home side much to ponder.

Impressive since his return from injury, Lewington bagged his seventh try of the campaign on 25 minutes when he scythed in at the corner, despite the desperate attempts of a scrambling Knights defence. Bell’s sublime touchline conversion increased the deficit to 14-5.

Flockhart and Bell traded penalties with Irish in the ascendancy at 17-8 with the break looming, but Doncaster to their credit came back fighting and registered their second try of the contest through Matt Challinor, who peeled off the back of a maul to touchdown in the corner. Flockhart added the extras to close the gap to 17-15, with the Exiles holding a commanding 52-18 aggregate lead at the interval.

Irish came out for the second period in decisive mood and within five minutes of the restart, Franks notched up his eighth try of the season to put his side 22-15 ahead. Bell, the league's top points scorer extended Irish’s lead to 25-15 with his second penalty success of the afternoon on 52 minutes as the home side pushed home their advantage.

Turning the screw on their South Yorkshire counterparts, replacement hooker Porecki burrowed over from yet another dominant maul – the driving lineout been the Exiles’ most effective weapon this term. Bell landed the subsequent conversion to make it 32-15.

Doncaster’s endeavour despite the score line was much to be admired, the Castle Park outfit rewarded for their efforts courtesy of a 70th minute Joe Sprotson try. The replacement tighthead underlined his immense strength by powering his way over from five metres out.

Man of the match Brendan McKibbin made way for Steele in the closing stages, and the latter would have the last word as he touched down to round off an entertaining tie.