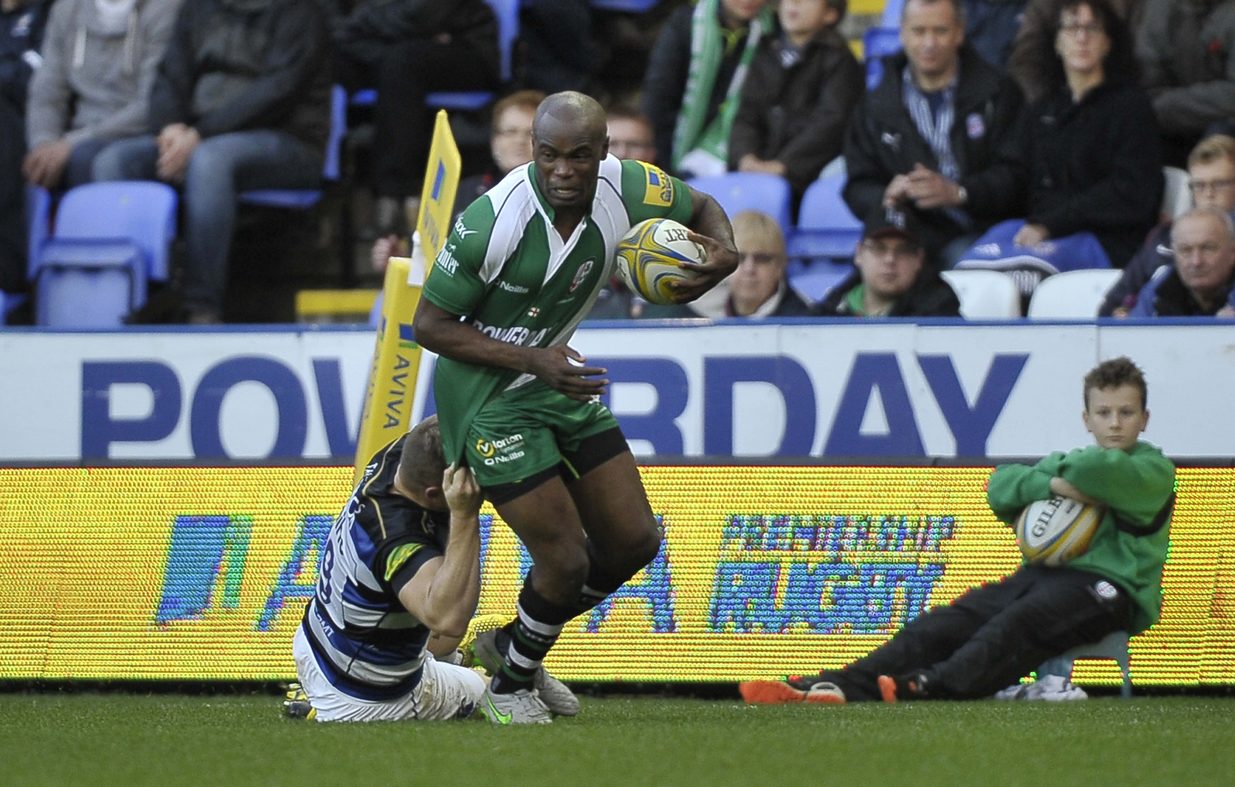 London Irish were beaten 14-45  by Bath at Madejski Stadium this afternoon in a match full of talking points.

Tom Coventry's side had to play a large part of the match with 14 men as Brendan McKibbin received a straight red card for stamping.

The red card was a key factor and allowed Bath to take the game away from the hosts. The visitors crossed for six tries in total with Scott Steele and Fergus Mulchrone with the Irish tries.

Bath fly half, Rhys Priestland, gave his side an early lead with a penalty goal on seven minutes as the earlier weather, which threatened to dampen the occasion, cleared.

The visitors crossed for the first try of the match on 16 minutes when Australian number 8 Leroy Houston was driven over by his forward pack. Irish had earlier held out three Bath onslaughts but were unable to stop Houston crossing for the opening try. Priestland's conversion made it 10-0.

Alofoti Faosiliva was sent to the sin bin for a late tackle and shortly after Tom Coventry's side thought they had pulled back a try of their own after a near 20 metre driving maul resulted in a penalty try. However, referee Foley went to the TMO and overturned the try and red carded London Irish scrum half, Brendan McKibbin for stamping. It left Irish down to 14 men for the remainder of the match.

Things went from bad to worse for the Exiles when Ollie Devoto went over for his sides second score. The build-up saw the Bath forwards extremely effective in dragging in the Irish defenders allowing Devoto space off the maul to dive over for a try. Priestland's conversion made it 17-0 with 23 minutes played. Shortly after Devoto became the second Bath player to be sent to the sin bin after a late shoulder charge on Shane Geraghty.

Scott Steele, who had earlier come on for Alex Lewington to play at scrum half, gave Irish a life line with a try 12 minutes before half time. The Scot sniped from the base of the ruck and dived under a Matt Garvey tackle to score to the right of the posts. Geraghty's conversion made it 7-17.

Scott Steele went off injured moments before half time with a rib injury to leave the Exiles without a recognisable scrum half for the remainder of the match. It remained 7-17 until half time.

Bath took the game away from London Irish with two tries inside five minutes after the restart. Chris Cook ran 60 metres in the lead up to Samoan Alafoti Faosiliva's try. Former Exile Tom Homer converted to make it 7-24. Minutes later Kyle Eastmond scooted in for a try, with Bath exploiting their one man overlap to good effect. Homer again converted to put Bath 7-31 ahead.

With a mountain to climb, London Irish refused to give in. Fergus Mulchrone scored his sides second try and it was a patiently worked effort. George Skivington and his forward pack worked the ball into the Bath 22, the players maintained their composure and Mulchrone was bundled over for the try. Geraghty added the extras to make it 14-31.

Rhys Priestland scored Bath's fifth try with 10 minutes to go, again making use of the man advantage to good effect to put the result beyond doubt.

Replacement scrum half Niko Matawalu scored an opportunistic sixth try when the bounce of the ball evaded Aseli Tikoirotuma and allowed his Fijian counterpart a simple run in to make the final score 14-45.

London Irish welcome Agen to the Madejski Stadium in round one of the European Challenge Cup next Saturday.