Irish and Wasps play out a thriller at the Madejski 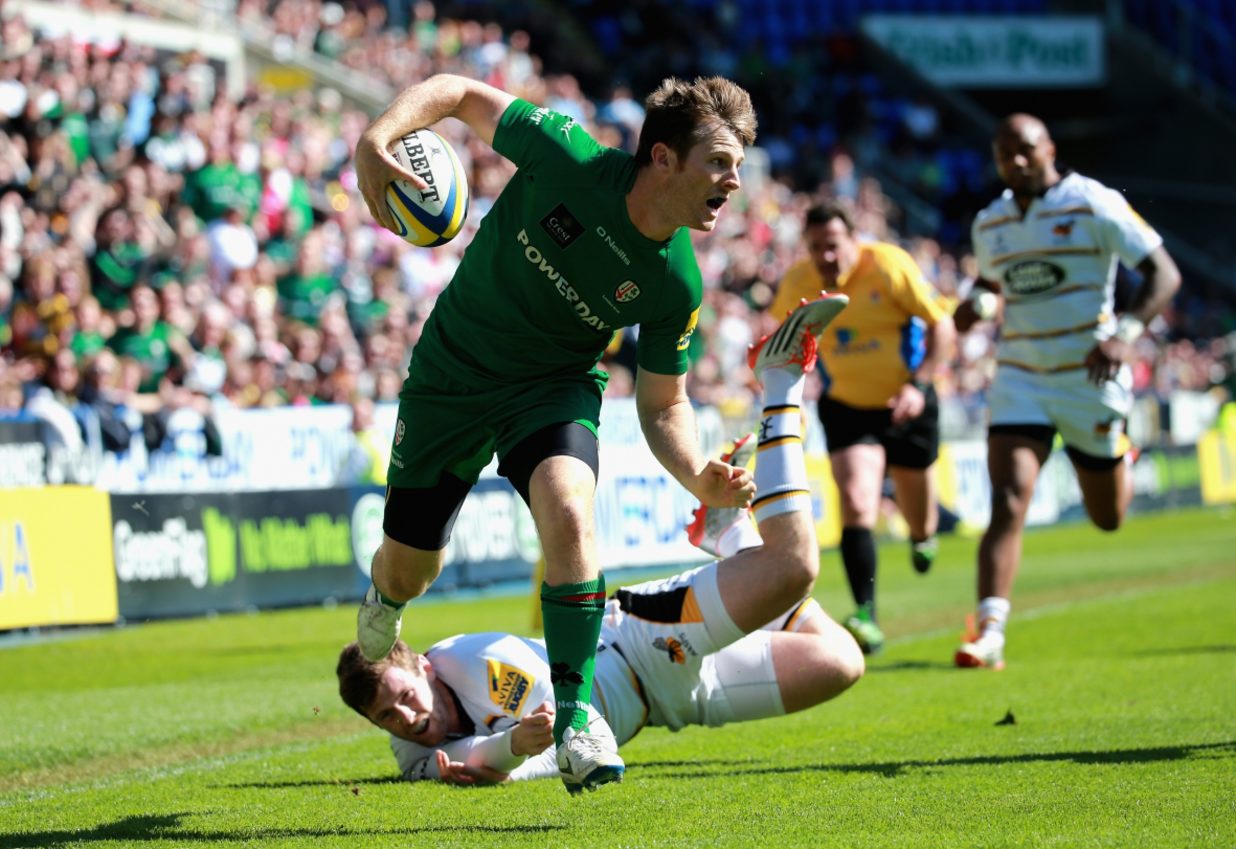 London Irish and Wasps scored five tries each as they played out an enthralling game of rugby in the final round of the 2014/15 Aviva Premiership season which finished 40-40.

The result means that Irish finished the season 10th in the table on 40 points.

The Exiles tries came from Andrew Fenby, Alex Lewington, Chris Noakes and one each for Andy and James Short. The visitors crossed through Guy Thompson, Rob miller, James Haskell and there was a brace for Sailosi Tagicakibau on his return to Madejski Stadium.

London Irish went into the contest without their captain, George Skivington, so Shane Geraghty captained the side from the midfield. Darren Allinson returned to the starting XV after missing the Gloucester match with concussion.

Joe Simpson and Nathan Hughes were the noticeable absentees from the Wasps squad with Simpson injured and Hughes back in New Zealand for the birth of his first child.

Irish made a very bright start to the contest and scored the opening try after seven minutes. Darren Allinson put Irish on the front foot with a quick tap and ran at the heart of the Wasps defence before offloading to Tom Guest. The Irish number 8 ran a great line before passing to Fenby who finished with aplomb. Geraghty added the conversion to make it 7-0. Early signs showed that Irish had addressed accuracy and composure that was lacking at Gloucester.

Wasps replied four minutes later with a try of their own through number 8 Guy Thompson, who ran a brilliant line off Andy Goode to score under the posts.  The Exiles' signing for next season added the extras to make it 7-7.

Glenn Delaney's side made the most of a Wasps mistake from the resulting re-start to go on and dot down for their second try. The Irish pack lost control of the ball at the initial line-out as the ball went out of play off of a Wasps' player for another line-out which Irish took quickly. The ball was spun wide to Alex Lewington who crossed for his 12th Premiership try of the season. Geraghty again converted to regain his sides' seven point margin.

Penalties conceded by both teams withdrew the tempo of the contest, however with 14 minutes to go in the first half the visitors crossed for their second and it was scored by a familiar face to all London Irish supporters. After a solid driving line-out the ball was worked out to the wide channels and Sailosi Tagicakibau was on hand to score in the corner. Andy Goode missed with the conversion so Irish held a slender 14-12 lead.

The fifth try of the half went the way of Irish after a piece of individual brilliance from fly half Chris Noakes. The Kiwi chipped over the oncoming defence before regaining the ball and sprinting for the line. Elliot Daly tried to track back but was fended off and Noakes was in for the try to extend the Irish lead to 19-12.

Shane Geraghty booted the first points of the second stanza with a penalty goal after Andy Goode was penalised for knocking over Chris Noakes in the defensive line.

Tagicakibau was in for his second score on 49 minutes after a great break and inside ball from Elliot Daly allowed the big Samoan to go over for his second. Irish still led 25-23.

As the game started to open up, both sides were looking to run the ball from all over the pitch. Joe Launchbury snuck away from a ruck and made 40 metres before passing to Guy Thompson who was dragged down metres short of the line. Irish had opportunities to clear their lines but failed to do so allowing Rob Miller the chance to waltz in under the posts to put Wasps in the lead 25-30.

Andy Goode kicked his third penalty goal before Irish crossed for their four try bonus point. Ofisa Treviranus raced clear of the visitors defence, drew the full back to allow James Short to sprint clear for the try. Gergahty's third conversion made it 32-33.

The Irish captain then knocked over a penalty goal from 55 metres to send the 9, 295 in attendance into hysteria and put Irish in the lead 35-33.

James Haskell scored the Wasps' fifth try with five minutes remaining to make it 35-40, however Irish crossed for a dramatic fifth try of their own with a minute left through Andy Short after a great kick from Geraghty. The Irish skipper had the chance to win it with a conversion from out wide but it drifted just wide. It ended 40-40