Irish A lose out to Storm 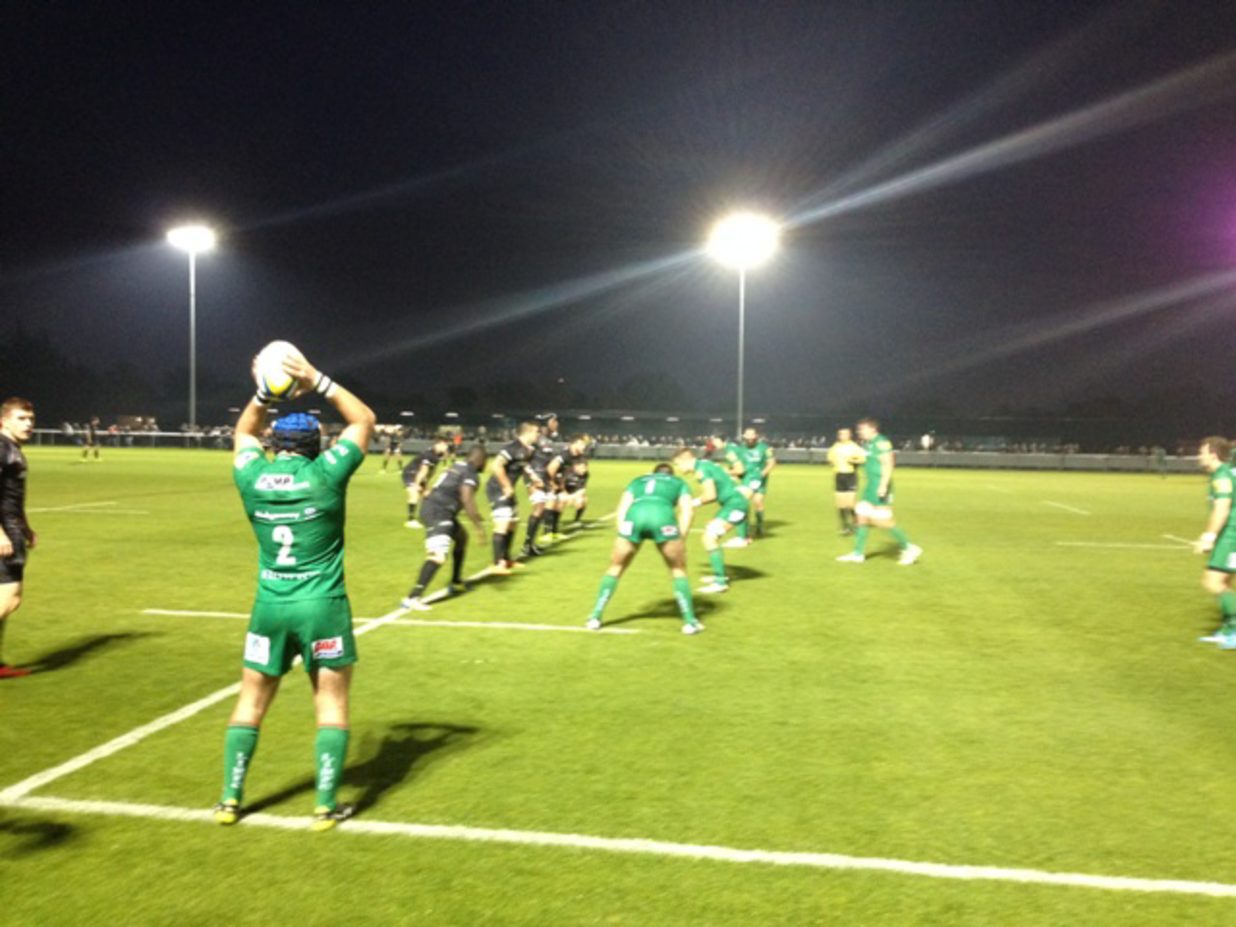 London Irish A welcomed Saracens Storm in an ‘A’ League fixture on Monday 22nd September. On a cold evening at Hazelwood the play was dominated by tactical play- both sides looking to dominate territory through a varied kicking game.

Despite a close and competitive opening 60 minutes, Saracens ran away with a late three try flourish to bring the final score to 10 – 31 in favour of the visitors following Ben Ransom and Matt Hankin both picking up a brace and replacement George Perkins all crossing the whitewash.

Saracens were the first on the scoreboard, full-back Ben Ransom crossing in the corner to make it 0 – 5 after 13 minutes. Irish soon struck back however, scrum half Darren Allison’s quick thinking getting him the upper hand as the Sarries defence were caught napping.

The Irish pack won the penalty after a strong rolling maul, a tactic Irish would deploy throughout the game to much success. Having won the penalty Allinson took a quick penalty and stepped his way through the defence to slide in under the posts. Irish captain Myles Dorrian added the extras to put Irish ahead 7 – 5.

The remainder of the half was dominated by both an aerial battle as both back lines fought for territory and by Irish dominance up front. The pack turned the screw on their opposition at scrum time and in the mauls.

Despite coming close twice, including centre Tom Fowlie being held up in the corner, Irish were unable to breach the Saracens defence and took a slender two point lead into the break.

The hosts claimed the first points of the second half, Myles Dorrian landing a penalty from 40 metres to extend the Irish lead to 10 – 5. However, despite two further shots at goal, these were to be Irish’s last points of the match.

Ben Ransom crossed for his second try soon after, stepping his way through the Irish defence and his side took the lead following the successful conversion, bringing` the score to 10 – 12.

The Saracens pack began to find some their momentum of their own up front, flanker Matt Hankin scoring twice in ten minutes off the back of rolling mauls, both of which were converted successfully.

Replacement George Perkins scored the final try late on for the visitors, crossing in the corner in the final play of the game to end the game 10 – 31.

The final score flattered the visitors somewhat, and ten points did not do the home team justice. The Irish pack dominated for the majority of the game, coming close on several occasions and in the final 20 minutes of the game the back line, in particular Tom Fowlie and replacement Harry Lightfoot-Brown made good inroads down the flanks but Irish were unable to convert this pressure into points.

The ‘A’ League side next face a trip to Sandy Park to take on the Exeter Braves on Monday 6.