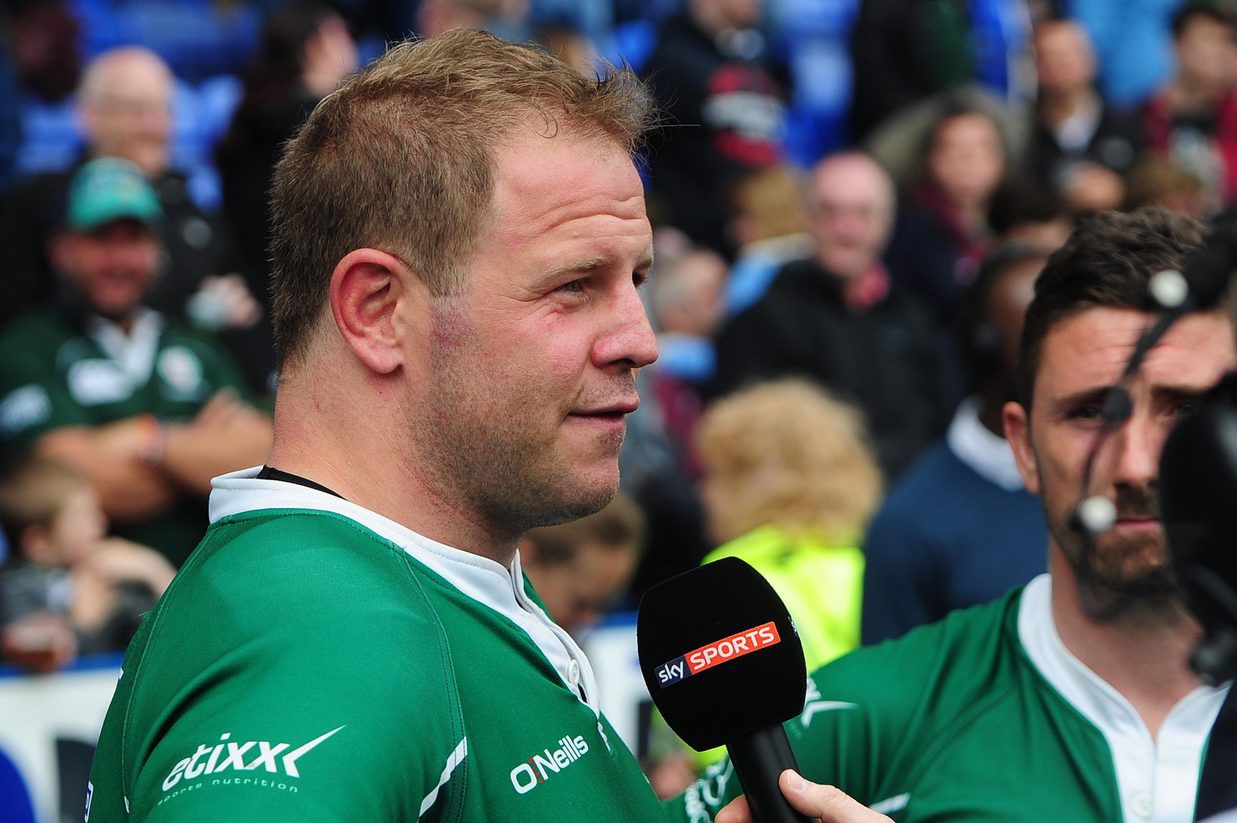 Leading London Irish’s try-scoring charts with 10 after dotting down in Saturday’s Greene King IPA Championship Play-off Semi-final second leg victory over Doncaster Knights, hooker David Paice says the showdown with Yorkshire Carnegie will be the biggest of his career.

Irish take on Yorkshire in the Play-off Finals at Headingley Carnegie on Wednesday 17 May before returning to the Madejski Stadium for the second leg on Wednesday 24 May (kick-off 7.45pm) as they target an immediate return to the Premiership.

Eying the trip to Leeds, the former England international, 33, said: “We’ve now got two huge games to look forward to and it’s crucial that we prepare for the finals in the correct way as we have done throughout the season.

“We’ll stick to our core values and work on the things that we need to improve on from last Saturday’s game.”

Paice, who has been the cornerstone of the Exiles’ pack for more than a decade, has been in impressive form this term with his uncompromising approach with ball in hand.

Acknowledging the dangers posed by Carnegie, Paice said: “Like Doncaster, they are a strong team with a big pack so we will need to nullify their threats in that department.

“They also have a talented back three, so it’s important that we stop them from having too much ball and as a forward pack we need to put the heat on them and force them backwards.”

Paice and co booked their place in the finals with a convincing 74-25 aggregate win against Doncaster, Brendan McKibbin scooping the Man-of-the-Match award in the second leg.

“Irish have been blessed with quality half backs for many years and we currently have three very good scrum-halves in the squad with Brendan McKibbin, Scott Steele and Darren Allinson all vying for a place in the starting XV.

“Brendan brings a lot of toughness on the field and he has a lot of experience that is invaluable for the team.”