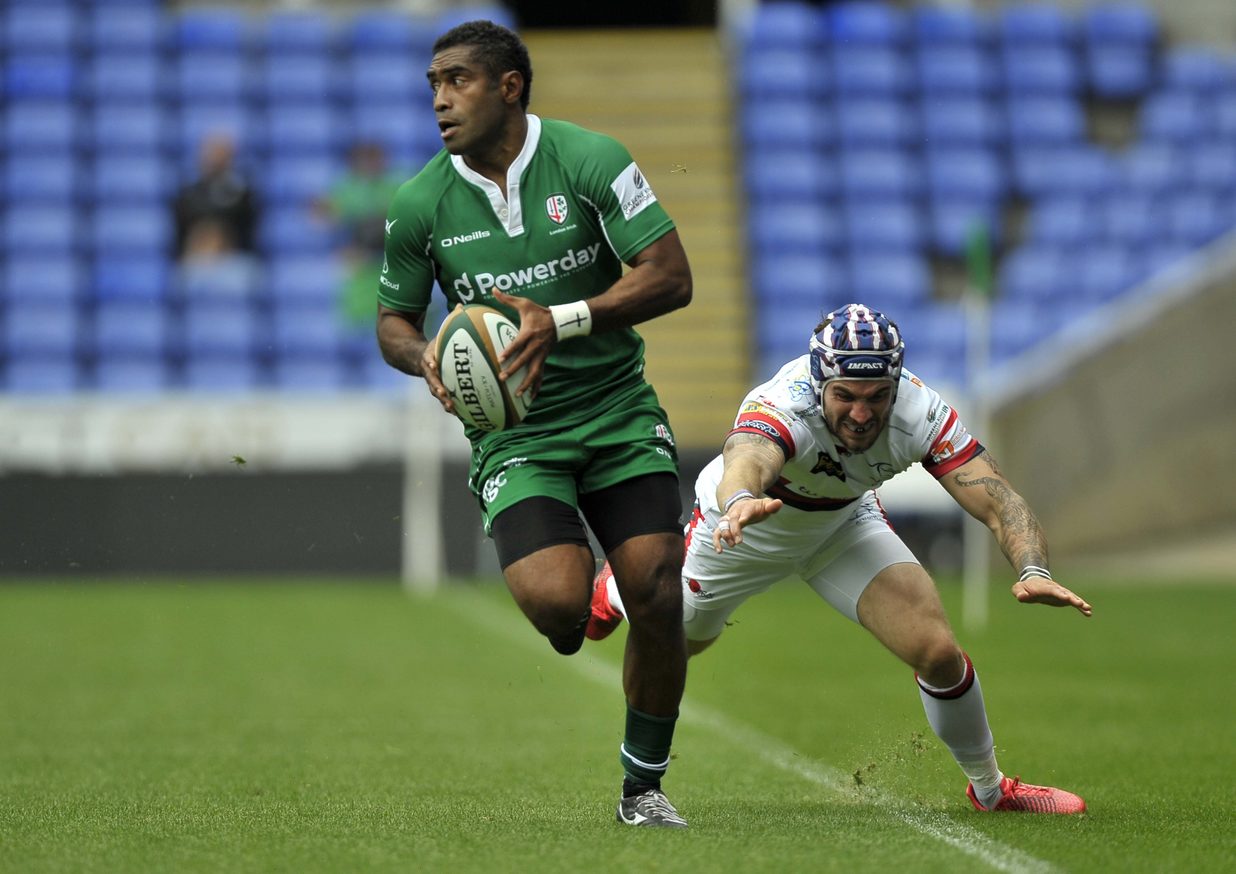 Fijian wing ace Aseli Tikoirotuma believes the addition of fellow countrymen Senitiki Nayalo and Joe Cokanasiga to the London Irish squad has significantly improved his game as the Exiles continue their quest to gain promotion back to the big time.

Nayalo, 25, penned permanent terms with Irish last month following a successful trial period, while 18-year-old Cokanasiga, a recent inclusion in the England Under-20 squad, has flourished in recent weeks.

Tikoirotuma, 30, who has been called-up to the Fiji squad for Tests against the Barbarians and England, admits he feels at home alongside the duo.

“It’s great to be playing alongside them and it has really helped my game considerably this season,” said Tikoirotuma, a try-scorer in Saturday’s 41-17 victory over Yorkshire Carnegie.

“I’ve never been this happy since I first moved to the UK and I’m really enjoying this winning feeling.

“I’m satisfied with my game and I feel we have a good balance throughout the squad, which is showing on the field at the moment.

“The strength of the squad is really helping my own game, and I’m pleased to have been included in the Fiji squad – it’s always good to get the call to represent your country, especially against world class players playing for the Barbarians.

“As a team we are playing some excellent rugby, but we know that it’s still very early days and we must continue to be on top of our game week on week,” he added.

Fiji lock horns with a Barbarians side, which includes London Irish’s very own Ben Franks, at the Kingspan Stadium, the home of Ulster Rugby this Friday.

Tikoirotuma is itching to pit his wits against the crème de la crème of world rugby spearheaded by coaches Robbie Deans and Will Greenwood.

“The first objective is to be named in the training squad and now I want make the starting XV and do the best I can for my country,” he said.

“I like the challenge of international rugby and playing at the 2015 World Cup has really spurred me on to want to represent my country as much as I can,” he added.

Tikoirotuma made the move to the UK in 2014 when Harlequins came calling for his services following a succession of glittering displays for the Chiefs in New Zealand. After a solitary season at The Stoop, Irish snapped up the Fijian, a move Tikoirotuma admits has rejuvenated his career.

“I’ve certainly adjusted to the weather,” he joked.

“As a family we are very settled here in Sunbury compared to when I first came over, and everything seems to be falling into place for me – we are very happy.

“I meet fellow Fijians in the area and this has certainly helped me settle in to my new surroundings,” he said.

Aside from the sprinkling of Fijian talent in the Exiles’ ranks, Tikoirotuma says the new coaching structure headed up by Brendan Venter and Nick Kennedy has also fine-tuned his game.

“We are very lucky to have such an outstanding coaching set-up, and it’s a joy to come into work each day to work with these guys.

“They have big ambitions for the club and I’m delighted to be a part of what they want to achieve. I feel like I’m getting back to the form that I was in when I played in New Zealand,” he said.