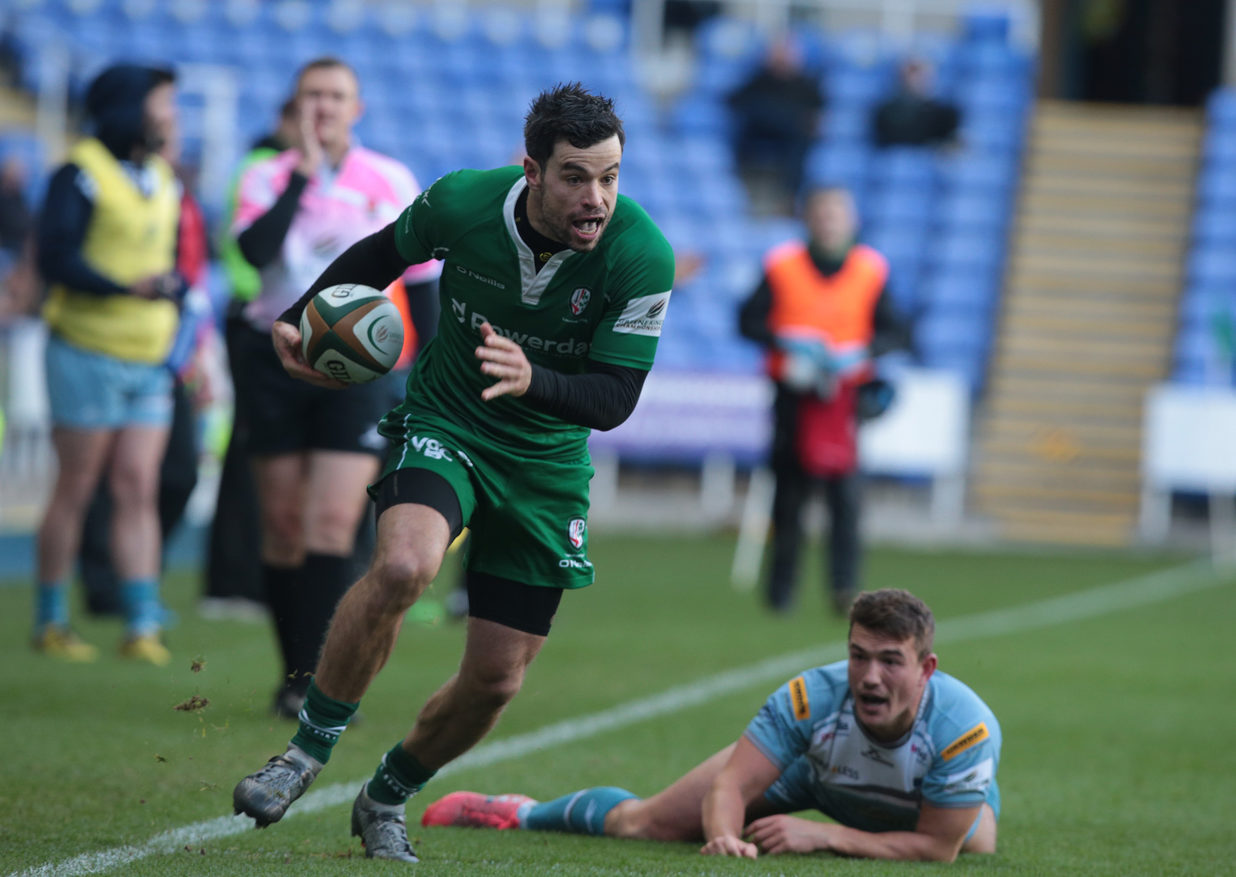 London Irish fly-half James Marshall has spoken to this Saturday’s edition of The Exile as Cornish Pirates are set to visit the Madejski Stadium for the iconic St Patrick’s Party (kick-off 2pm).

A performance dripping with spirit and desire earned Irish victory over Gloucester in last year’s St Patrick’s Party, a game which summer signing James Marshall had a vested interest in.

Keen to see his brother Tom do well for the Cherry and Whites, Marshall was also supporting the Exiles as his summer move to the capital neared reality.

The playmaker, 28, who made the switch from Wellington Hurricanes, admits it was a tense spectacle to watch from his home in New Zealand.

“The atmosphere looked amazing on the television and Irish won, which really added to the occasion,” said Marshall.

“It was the one game that I remember vividly from last year because my brother was playing in it, and because watching the game that day really made me want to be involved in the following year’s event and now I’ve got the opportunity of doing just that.

“I’m really looking forward to playing in the game and everyone at the club has been telling me how big the day is – I can’t wait to run out onto the pitch.”

More than 10,000 supporters are expected at the Madejski Stadium on Saturday, the iconic fixture attracting a healthy crowd as the end of season play-offs loom large.

Supporters have travelled the length and breadth of the country to spur on Nick Kennedy’s men throughout the campaign.

And with hordes of London Irish supporters travelling as far as Penzance to watch their beloved Irish this season, Marshall has been overwhelmed by the dedication of the Exiles faithful.

“The support we have received this season has been incredible, and the distance that they are prepared to travel week in, week out, has blown me away,” said the Kiwi.

“Our away games have felt like home games at times, particularly the game against London Scottish and the Christmas Eve fixture against Richmond at the Athletic Ground.

“The noise they make on a match day is superb and they are so welcoming both pre-match and post-match.”

London Irish will be hosting the annual St Patrick’s Party at the Madejski Stadium this Saturday 18 March against Cornish Pirates kicking off at 2pm. This is the biggest game of the season with entertainment for all the family, the RBS 6 Nations last day on big screens and the traditional Irish welcome from 11am to 7pm. Tickets are on sale from 0118 968 1016 or www.lidirect.co.uk .