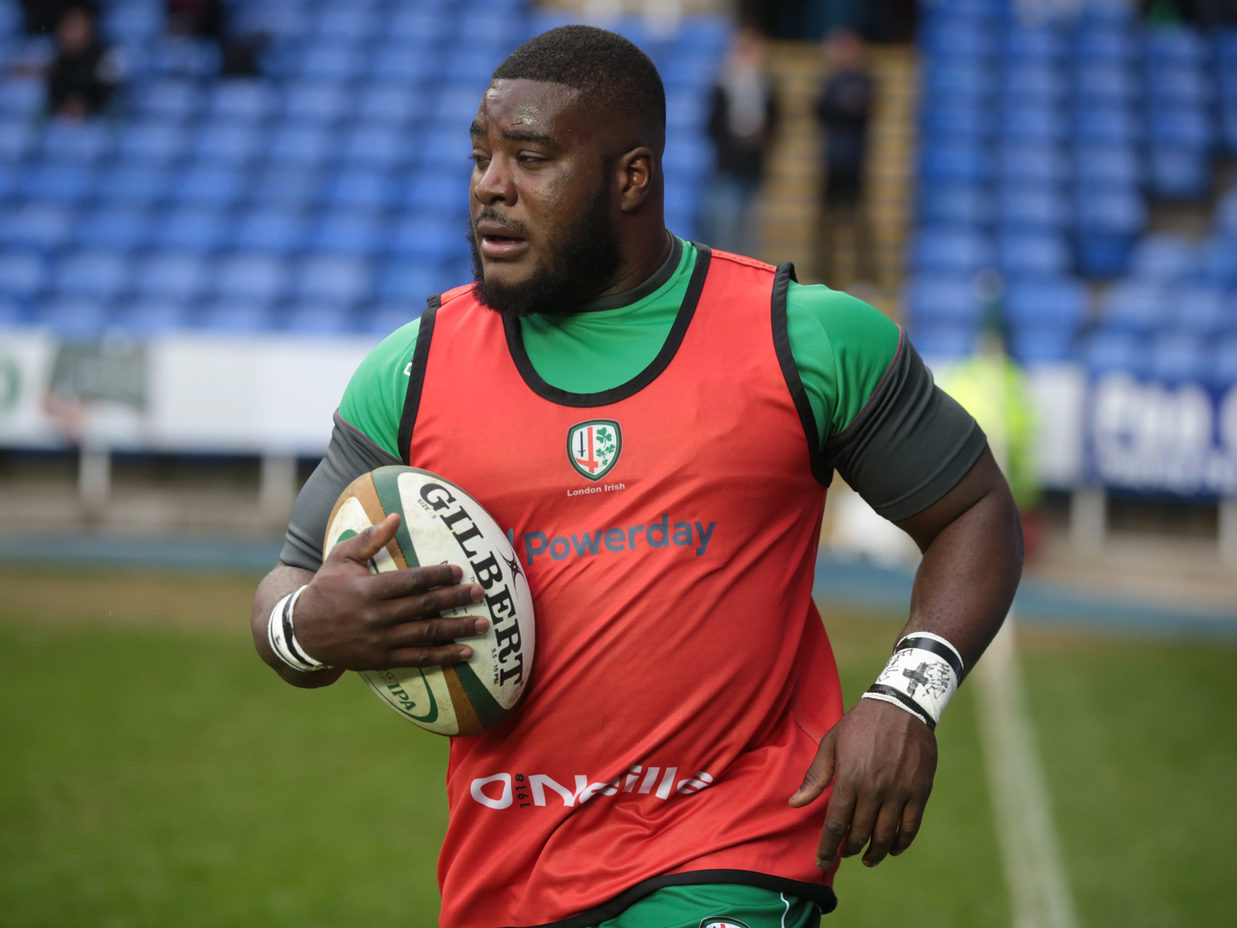 Robust, resilient and relentless in his preparation, Lovejoy Chawatama has high hopes with London Irish after making his debut against London Scottish at the weekend.

Zimbabwe-born Chawatama, who has represented England at age group level, is relishing his new surroundings and is raring to go ahead of this Sunday’s trip to Yorkshire Carnegie.

“I was honoured to make my debut at the weekend and I was really excited to come on and show what I can do to the supporters,” said the tight-head.

“I’m very grateful to Nick Kennedy for having the confidence in me to put me on the bench,” he added.

Irish travel to Yorkshire Carnegie this weekend looking to build on their 15-game winning run in the Greene King IPA Championship, with Chawatama enthused by the culture of the club at present.

“There is a really positive environment here both on and off the pitch, which underlines the togetherness that we have at the club,” he said.

Tickets are available for the Exiles’ next home game against Yorkshire Carnegie in the B&I Cup on Saturday 11th March by calling 0118 968 1016 or  click here  to purchase online.