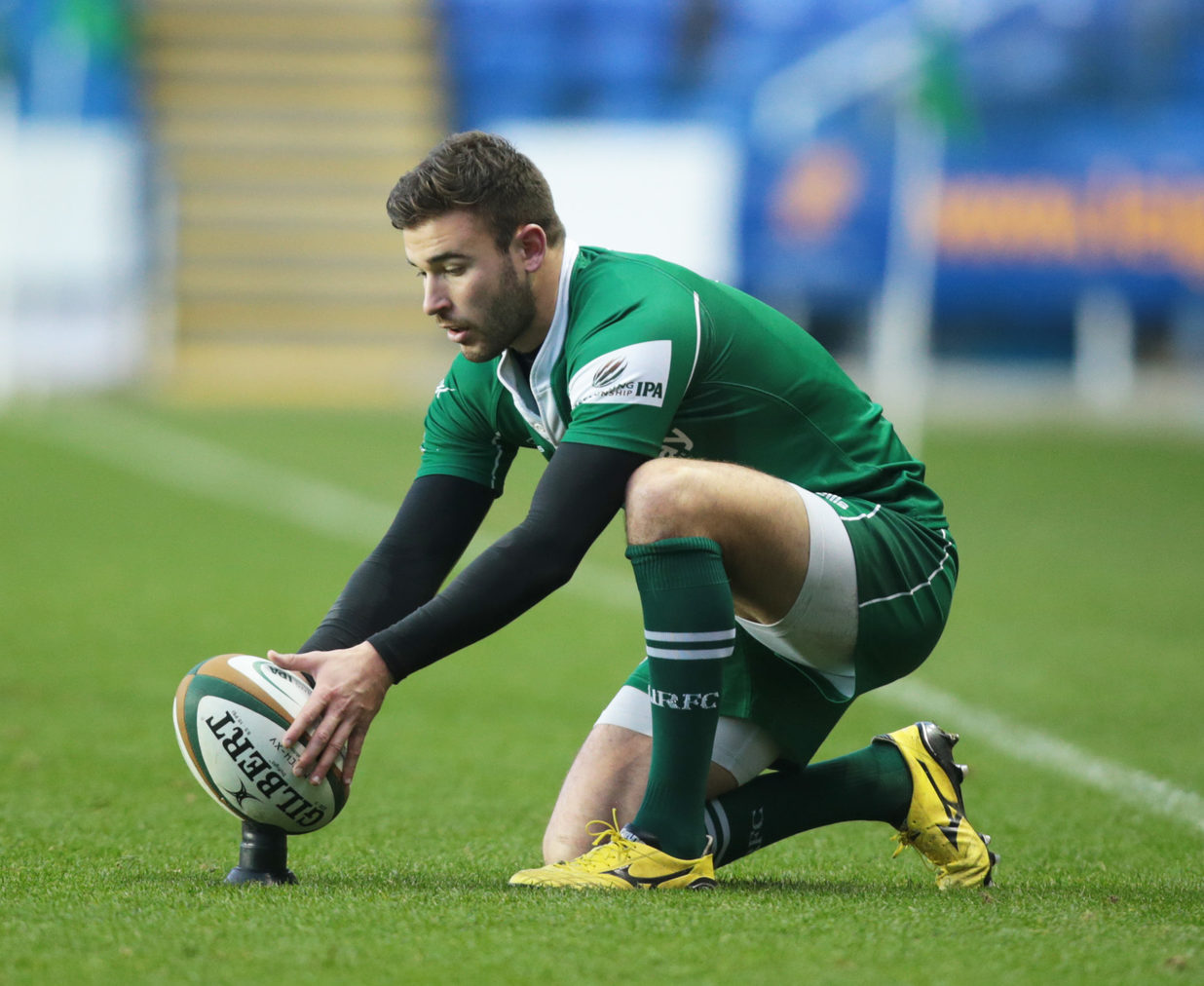 Goal-kicking ace Tommy Bell is set to pass 100 points for the season when he takes to the field against Jersey Reds this Sunday in the Greene King IPA Championship (kick-off 2pm).

The Plymouth-born fly-half, who had a stint with the Channel Islanders prior to his move to Leicester Tigers in 2014, is currently locked on 98 points.

Kicking points for fun, Bell is delighted with the start his side have made to the campaign which goes from strength-to-strength. Recording nine league wins out of nine, Bell is keen for Irish to push home their advantage at the top of the table.

“The Championship season is obviously going very well for us at the moment, but we know that we must continue to improve as a team from game to game,” said Bell.

“I don’t think there has been as big a drop as what we expected and the standard has been very high – it’s certainly not too far from the standard of the Premiership which is good for us as it keeps us on our toes at all times.

“We’ve already had some tough encounters against some good teams. I think we’ve performed to a good standard in recent weeks and it’s up to us to build on that,” he added.

Giving this week’s edition of The Exile an insight into the process of kicking, Bell said: “I’ve done a lot of work on my kicking down the years and I’ve just made sure that I’ve kept on top of it.

“Obviously there is a lot of pressure behind the art of kicking and the most important thing is to clear your head and simplify it down to just kicking the ball. As technical as kicking is, sometimes just putting my boot through the ball as hard as I can is all it really needs a lot of the time.

“On the training pitch during the week I’ll get my technique right and then on the Saturday it just comes natural to me.”

Bell has been a vital cog in the London Irish wheel this term as the club embraces the Championship and targets an immediate return to the Premiership. His scintillating display during the 62-12 triumph at London Scottish earned him Sky Sports’ man-of-the-match.

Team spirit is at its optimum according to Bell, saying: “We are really enjoying each other’s company and everyone is pulling in one direction and that is to be successful. We’ve just got to continue to build momentum – the games have been tough but we have been getting the results and the performances have been coming.

“London Irish is a very sociable club and there’s a real buzz around the place at present.”

You can read the full interview in this week's issue of The Exile priced at £3.