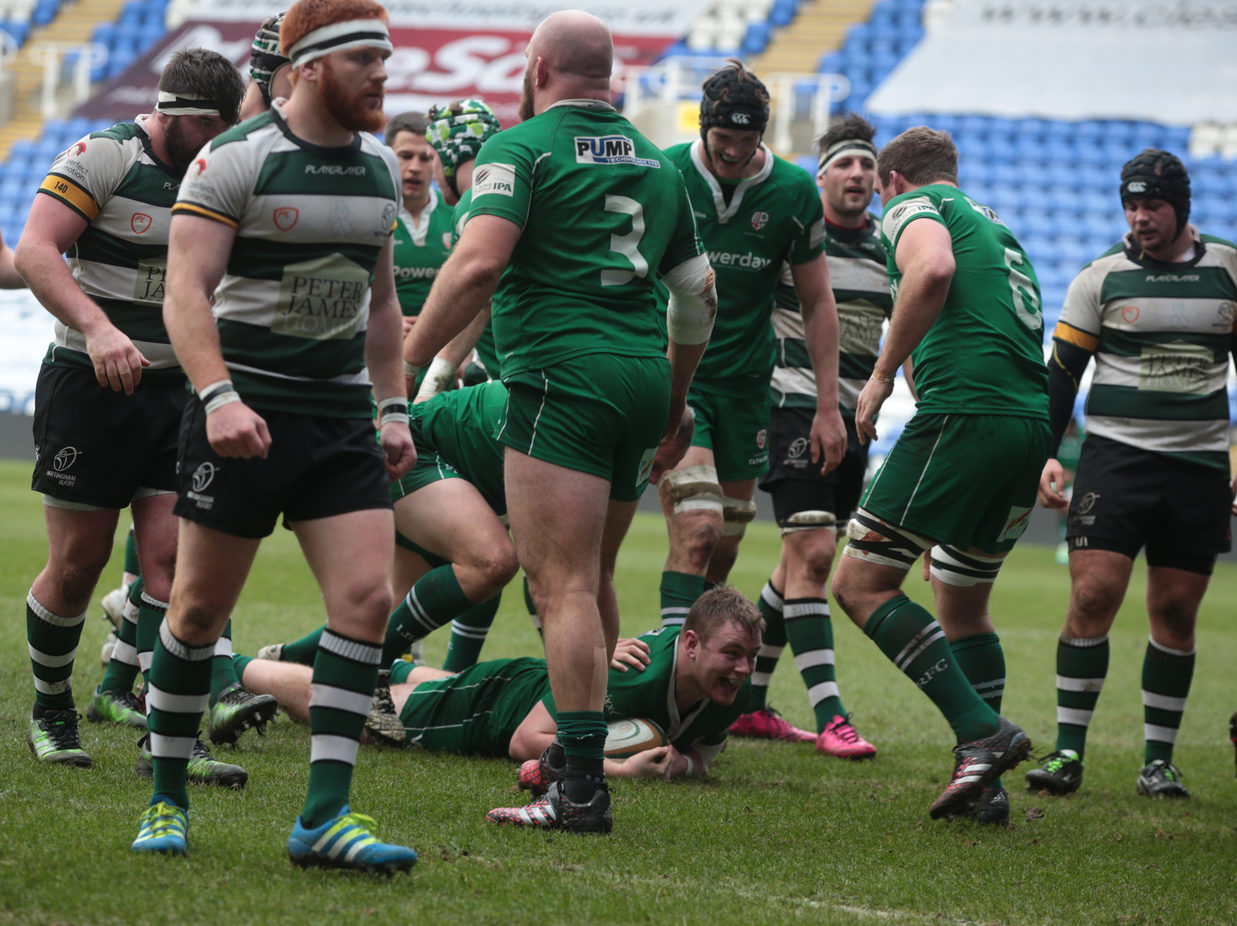 Elrington, 23, joined the London Irish Academy from Loughborough University at the start of the 2015/16 season.

“It’s just given me a chance to put myself up against quality opposition.

“I haven’t played week in, week out but when I do, I try and take my chance and show what I can do.”

The young prop says that the cup success has been crucial to London Irish’s league form too.

“We’ve grown as a team throughout this competition, it’s crucial to keep momentum going during down weeks in the league and that was a goal at the start of the season.

“The club has a fantastic academy set up here and there is a lot of exciting young talent coming through, that has really been on show in this competition so far this year. We know full well if we put in good performances, first team opportunities are there for us.”

After a loan spell at Rosslyn Park last season, Elrington has been aiming for more first team action this term.

“Personally, I just wanted to showcase my skills and get a few games under my belt at the start of the season,” he added.

“I was on loan last year, so I only played here in the A-league and got a taste for it. That then gave me the motivation to try and kick on this year.”

Irish face Yorkshire Carnegie for the second time in as many weeks this weekend and Elrington is fully aware of the threats that the Yorkshiremen bring.

“They are a sizeable squad, especially in their pack and we saw that first-hand in the Championship when we played them,” he added.

“Their scrum and maul is very strong, so we need to front-up in that area in order to match them and get an edge in the game to put our backs on the front foot.”

The front rower pays testament to the fans support in the competition so far and hopes that continues as the team moves into the knockout stages.

“As a young player coming through, the support I’ve received has been fantastic and I know my fellow academy colleagues feel the same,” he said.

“It really motivates us on match-day to do them proud and that will be no different this weekend.”

Tickets are available for the Exiles’ next home game against Yorkshire Carnegie on 11 March by calling 0118 968 1016 or click here to purchase online.