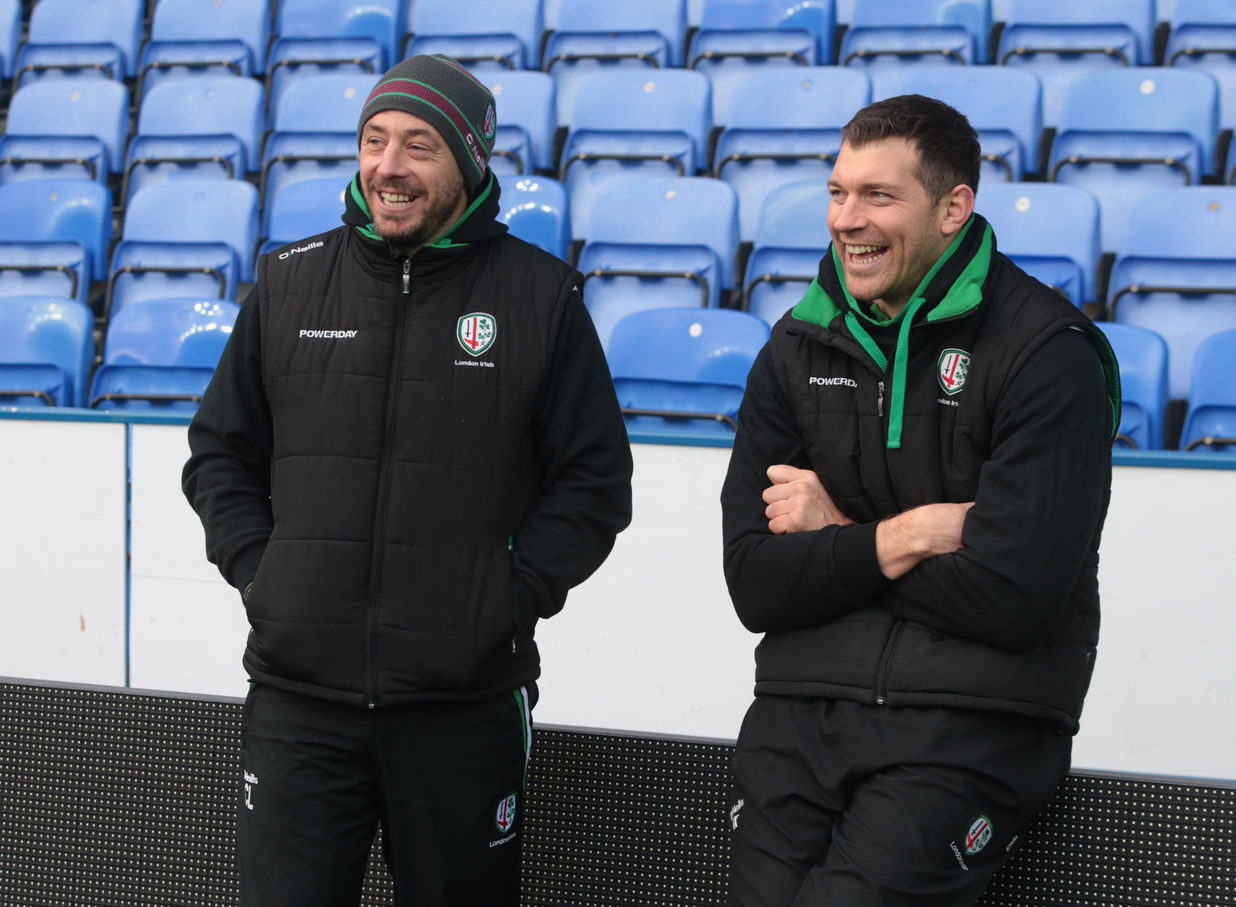 World Cup-winning Kiwi prop Ben Franks reckons Championship forwards are every bit as physical as those at international level – a fact that ensures he and London Irish will avoid complacency on their intended march to the top-flight, writes Neale Harvey.

Franks, a world champion in 2011 and 2015 who stuck with the Exiles following relegation, told The Rugby Paper: “I’ve found it very tough. All Championship teams pride themselves on their set-piece and that’s been hugely enjoyable, but we’ve had to make sure we’ve turned up every week and it’s definitely been very physical.

“The size of guys in the Championship is at least as big as the Premiership, in some cases bigger, and they’re some of the largest I’ve played against, including at Test level.

“The physicality around scrums, mauls and rucks is similar to Premiership and Super Rugby, but what changes is the speed of play, while at times skill levels in the competition can vary.

“That said, there should be no complacency in this team because when you’ve suffered a relegation, you don’t have to go too far back to remember what a truly bad feeling it was.

“I haven’t felt any complacency yet and the challenge we face every week must ensure we never do if we are to have a chance of making it back to the Premiership.”

Franks insists he has no regrets over turning down chances to remain in the top-flight to help Irish reclaim their place.

He said: “I’m really pleased with the decision. I’ve enjoyed being with the group of guys we’ve got this year and we’re working hard to get better.

“Rugby’s a funny sport and it can change quickly, so who knows where this could lead? It would be a great feeling in a couple of years if Irish are competing near the top again.”

Franks added: “We wiped the slate clean after last season and started again and we’ve definitely come a long way.

“With where Irish have been over the last few years, we had to break everything down and start again, but being in the Championship means you don’t have all the lights and cameras on you and you can just focus on yourselves and improving.

“We started the season with a limited game plan and the coaches just wanting us to focus on doing one or two things well, but over the season we’ve added to that and travelling to places like Cornish Pirates is making us mentally stronger.”

With Technical Director Brendan Venter setting the tone, as he did at Saracens, and a management team comprising of Nick Kennedy, Clark Laidlaw Paul Hodgson, Declan Danaher and George Skivington heading the coaching, Franks is confident the Exiles are creating a winning culture.

He said: “Our young coaches have brought real enthusiasm, they’re London Irish through and through and have a real passion for the club. The players feed off that and our culture is developing very well under Brendan.

“The stuff we’re doing in terms of training and personal responsibilities is similar to Saracens, so if we can get to where they are in the Premiership one day it would be incredibly satisfying.

“Nobody’s getting ahead of themselves but, hopefully, may be able to look back at one year in the Championship as the foundation for success. Now, though, we just want to improve for the play-offs.”

The Exiles’ next home game is against an Ospreys Premiership Select on Saturday 21st January in the B&I Cup (kick-off 2pm) with tickets available by calling 0118 968 1016 or click here to purchase online.