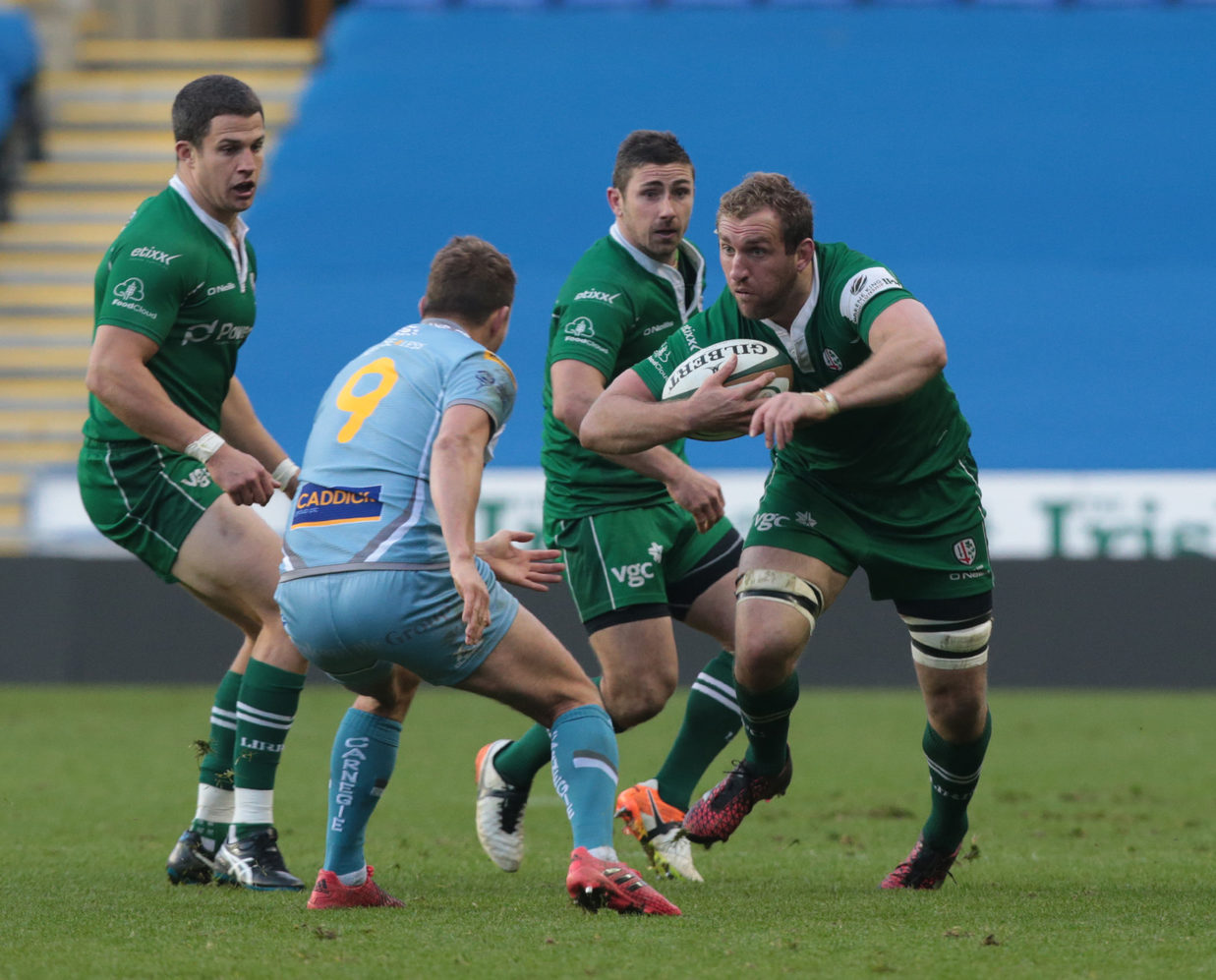 Mike Coman is delighted to be back in the mix for Saturday’s Greene King IPA Championship tussle with Ealing Trailfinders at Vallis Way (kick-off 3pm).

The 29-year-old, who joined the Exiles from Edinburgh last summer, starts at blindside flanker and is one of three changes to the side that defeated Bedford Blues on New Year’s Eve. David Paice and Ciaran Hearn are also included in the starting XV as Irish eye 14 wins on the bounce.

Coming into the game on the back of a solid week of training, Coman said: “We have a game plan in place and we have to execute that against a very good Ealing outfit.

“They’ve been going well so far this season and we will have to ensure that we utilise our core skills and are confident in our own ability.

“All this week we’ve ironed out a few things and we will look to implement that when we take to the field – there has been a real competitive nature about training this week, which is always good leading up to a game,” he added.

Pinpointing key areas of the game, the former Edinburgh skipper said: “They’ve got some dangerous players, especially Mark Bright who’s got a lot of experience. The artificial pitch is also a factor that we will need to be ready for and the 3G pitch at Hazelwood has certainly helped us prepare for the game.”

Ealing are expecting a hearty crowd at Vallis Way when the two sides lock horns for what promises to be a high-octane contest.

Coman said: “I’ve heard that there will be a big crowd – I’m sure our fans will travel well and it’s really uplifting for the boys to see a lot of support in the stand and hopefully we can repay them.”

Following tomorrow's trip to Ealing, Irish welcome Nottingham Rugby to the Madejski Stadium in the Greene King IPA Championship. Tickets are available for the game by calling 0118 968 1016 or click here to book online (kick-off 3pm).