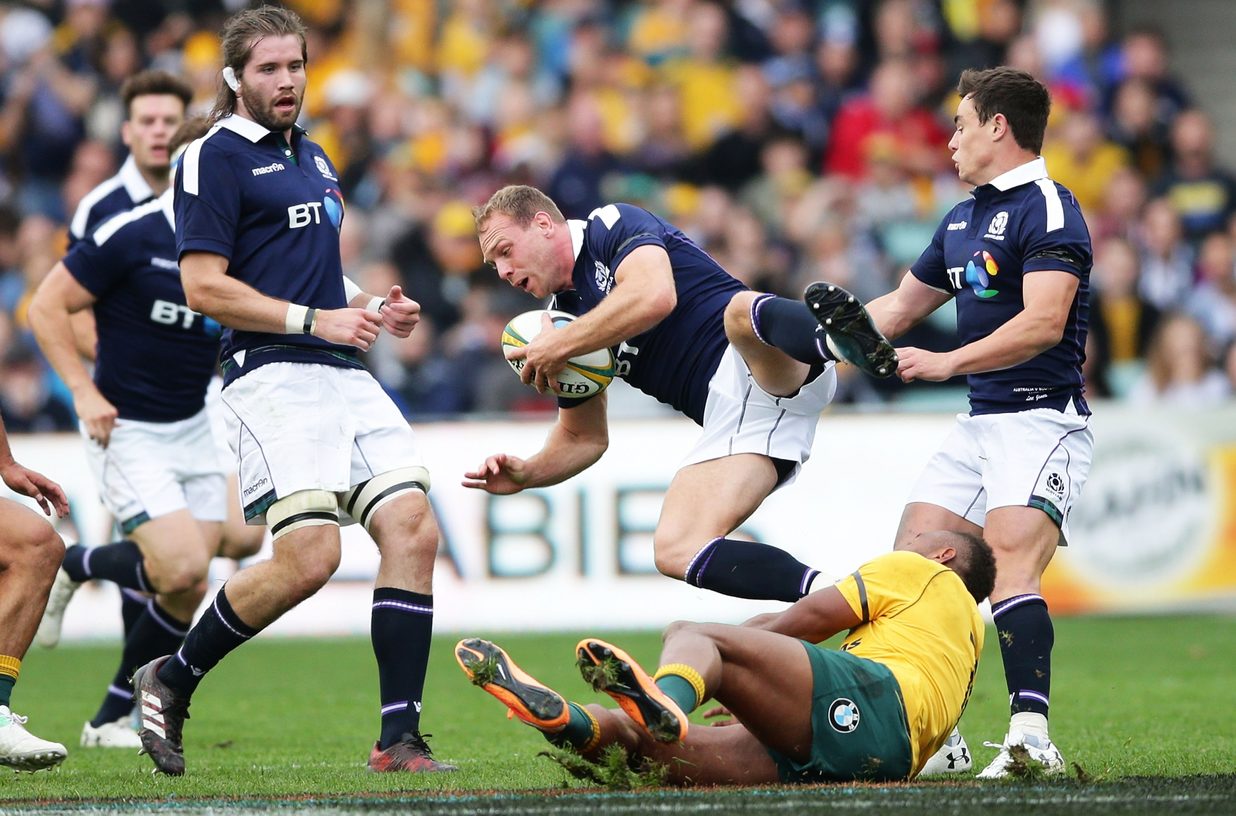 Gordon Reid and Greig Tonks are among the replacements for this Saturday’s Test match against Fiji in Suva (kick-off 3.30am BST).

The London Irish pair played their part in last weekend’s stunning 24-19 victory over the Wallabies in Sydney, a result that made it two wins out of two for new Head Coach Gregor Townsend.

“A lot of Fiji’s game is around their number five Leone Nakarawa, who we know very well,” said Townsend.

“Their set-piece has improved a lot over the last few seasons. They’re very well coached and they are playing at home.

“They had a win against Italy last weekend. Italy tried to slow down the tempo at times, but that’s not what we’re looking to do.

“We’ll try to match the pace that they’ll be aiming to play at.”

Scotland team to play Fiji at the ANZ Stadium, Suva