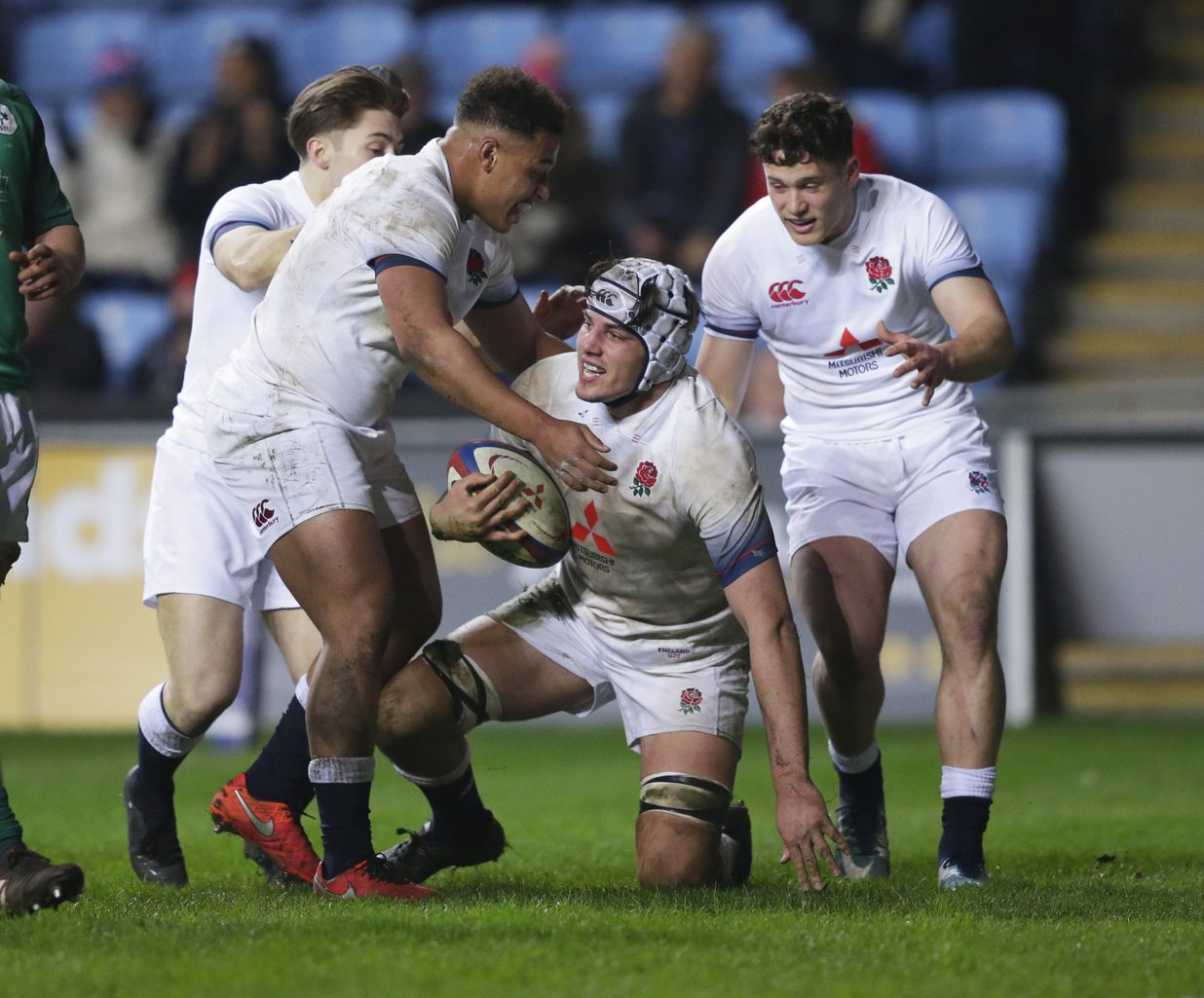 London Irish trio Ben Loader, Josh Basham and Rory Brand helped England Under-20s to a 48-15 victory over Ireland in their final U20 Six Nations fixture of 2018.

Ending the tournament in second place, England were in supreme form with Loader and Basham both crossing for tries.

England went into the match level on points with leaders France, but Les Bleus’ bonus-point win in Wales meant they were crowned champions for the first time since 2014.

Steve Bates’ side won four of their five games in the Six Nations, and beat the champions in France 22-6 last week, but they relinquished the title they won last year.

With Ireland also still having an outside chance of securing the title, the game started in an open fashion and James Hume rounded off a flowing Irish move down the right wing for the opening score. However, Ben Loader produced a superb finish shortly afterwards as he took a high kick and showed strength in the corner to slide over.

The men in green retook the lead when captain Tommy O'Brien intercepted a pass deep inside England territory to dot down under the sticks.

England, however, began to hit their attacking stride making a number of line breaks and Fraser Dingwall finished well off James Grayson's pass, before Tom Hardwick's penalty gave the hosts the lead for the first time, but on the stroke of half-time an Irish penalty levelled the game at 15-15.

The game's standout score came from England inside their own 22, when wing Gabriel Ibitoye burst into space, broke through a couple of challenges and offloaded to the supporting Ben White who raced away from the chasing defenders.

Replacement prop Joe Heyes spun through a couple of tackles as England secured their fourth try for the bonus-point, Ibitoye then managed to gather his hack through for an easy score before some neat handling saw Josh Basham dive over out wide.

Ibitoye turned creator again as his offload out the back saw captain Ben Earl cross as England's impressive second half showing saw them score 33 points and rack up seven tries and concede none in front of a 7,356 crowd at the Ricoh Arena.

Head coach Steve Bates said: “We saw glimpses of what this team is capable of. The first half was a really good half of rugby, it was close, we gave away a bit too much possession and Ireland played in a spirited fashion.

“We probably could have scored a few more tries but overall it was a really pleasing performance and the boys deserved to finish the tournament in that fashion.

“We’ve used a lot of players in the tournament and that’s important for the development of this squad ahead of the World Rugby U20 Championship.

“We’re disappointed not to have retained the title, but we’ve developed as a squad and have seen considerable improvement over the course of the five games and the three coaches Anthony Allen, Richard Blaze and James Ponton have done a fantastic job.”