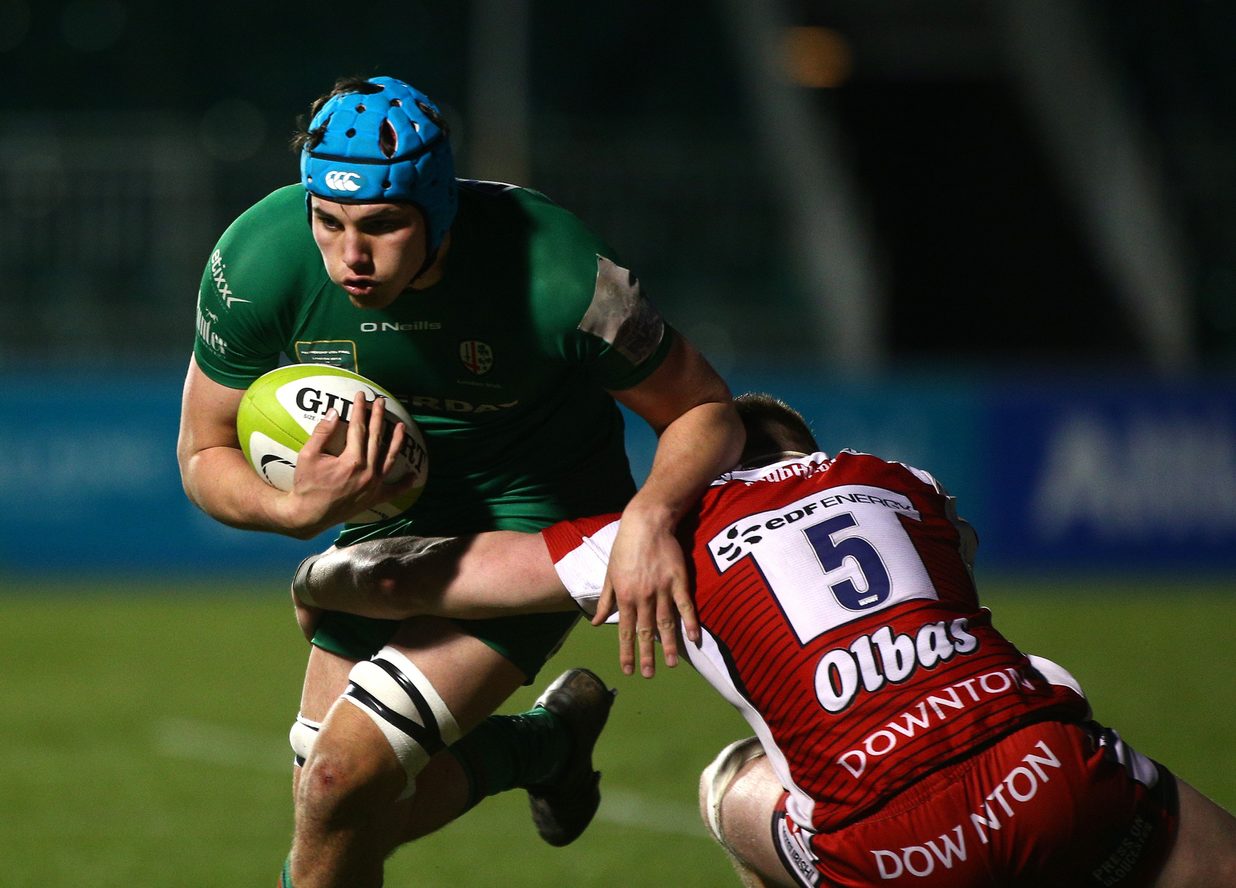 London Irish duo Josh Basham and Ollie Hassell-Collins have been selected in England Under-18s’ 26-man squad for their three-match tour to South Africa in August.

England face South Africa Schools in their opening fixture on Friday 11 August in Cape Town before a match against Wales four days later. Fletcher’s side then finish their campaign against France on Saturday 19 August in Stellenbosch.

Exiles’ Academy Manager Patrick O’Grady is delighted with the progress of Basham and Hassell-Collins.

“Josh and Ollie’s inclusion in the England Under-18 squad is just reward for all of the hard work they have put in day in, day out,” said O’Grady.

“They have an excellent attitude, which will serve them well long-term and the tour to South Africa will further enhance their rugby playing experience.

“International rugby at all levels is challenging and I’m sure the lads are looking forward to pulling on the England jersey and showing what they can do.”

The tour plays a pivotal role in their development through the national age grade programme with three players (Joe Cokanasiga, Ben Curry and Tom Curry) from last year’s group named in the England senior squad for the series against Argentina in June.

In addition, 11 of last year’s squad progressed to feature in the 2017 World Rugby U20 Championship in Georgia which saw England reach the final.

England Under-18 Head Coach John Fletcher said: “The tour is a fantastic opportunity for these players to play in the southern hemisphere in a challenging environment. On the field, I want to see us improve in each game, we are in our off season and lots of the boys will not have had much rugby so it will take a little bit of time to get them back up to speed.

“We’ve chosen a strong, talented group and we will only focus on ourselves, the skills and principles that we think are important for this age group within our pathway. We’re really looking forward to spending time with the players; it’s important for us coaches to get to know them both on and off the field.”

England U18 squad for 2017 tour to South Africa